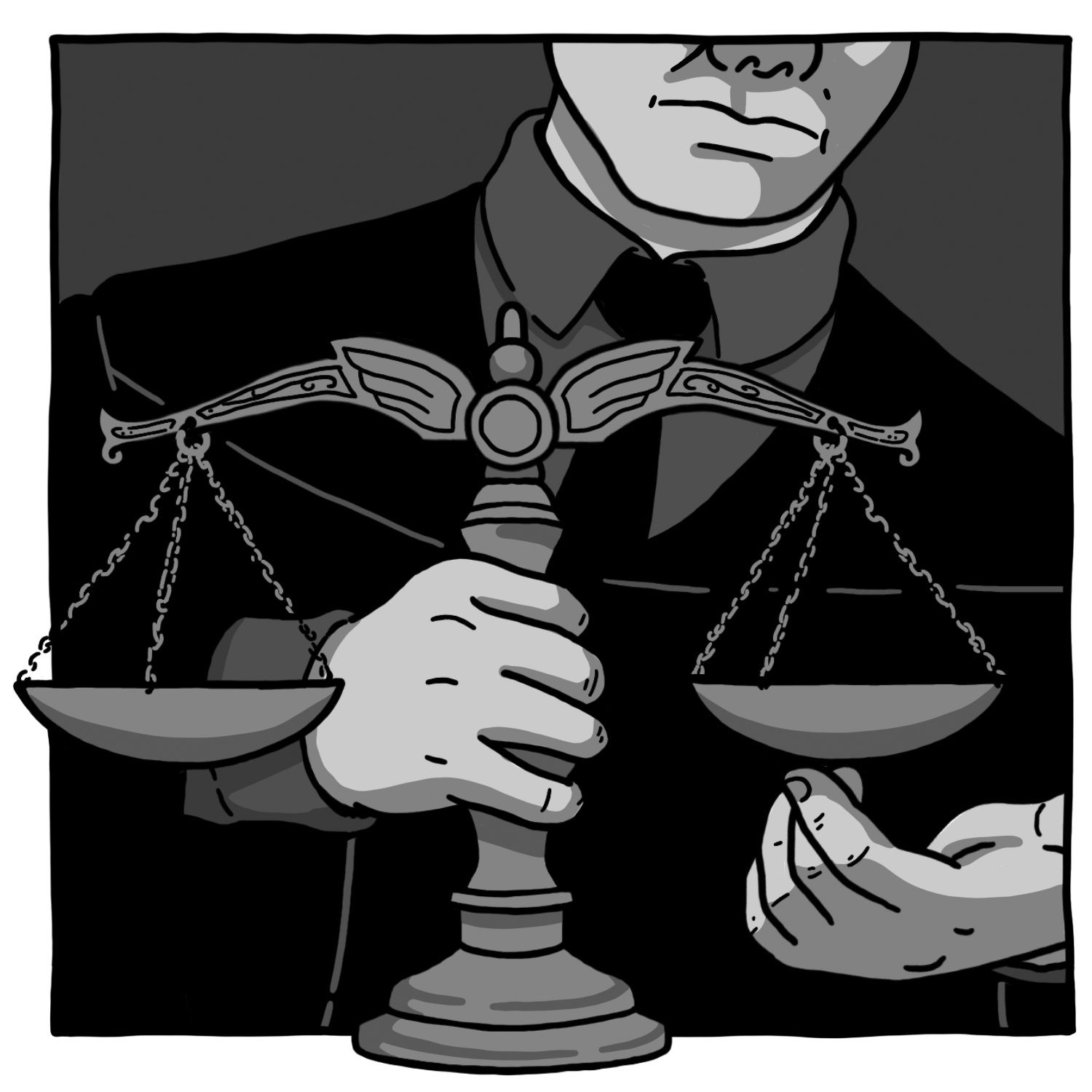 This month we look at two recent decisions from Louisiana’s federal court system. The difference between the federal and state courts of Louisiana is palpable. Due to the formality of proceedings and the lifetime appointments intended to insulate judges from political pressure, the federal courts have historically been the more august institution. The Louisiana state courts, on the other hand, have a reputation for cronyism and corruption. In state courts the judges are elected by powerful cabals and hear cases from lawyers that moonlight as drinking buddies. But as the Trump era chugs along and more right-wing reactionaries get appointed to the bench, the federal court is starting to resemble Louisiana’s state court system more and more. Let’s take a look at some cases.

In this hate crime masked as a legal opinion, Trump-appointee Kyle Duncan spends 11 pages relishing his denial of  Kathrine Jett’s pro se (submitted without a lawyer) motion requesting to be addressed using female pronouns. Prior to his 2018 appointment to the Federal 5th Circuit Court of Appeals, Kyle Duncan was the golden boy of conservative culture war litigation. The LSU Law grad was lead counsel on a number of important cases like  Burwell v. Hobby Lobby, a US Supreme Court (SCOTUS) case that allowed private businesses to exclude birth control coverage from their insurance plans on the basis of the religious beliefs of the owner. He’s a monster and we’re stuck with him for decades.

This case started with a modest request. Kathrine Jett, misgendered and deadnamed throughout the opinion as “Norman Varner,” submitted a two sentence motion to the 5th Circuit. Ms. Jett stated: “I am a woman and not referring to me as such leads me to feel that I am being discriminated against based on my gender identity. I am a woman—can I not be referred to as one?” Rather than simply affirming or denying the motion with a sentence-long decision, as would be customary with such a simple request, Duncan decides to recount the details of Ms. Jett’s criminal conviction, a rhetorical decision clearly meant to equate transgender persons with sexual crimes. Duncan continues with three arguments. First, there’s no law saying he has to respect Ms. Jett’s gender preference. Second, allowing Ms. Jett to be referred to as “she” would establish a slippery slope. He asks, what happens when someone requests Duncan to refer to xem as xemself? What indeed, Kyle Duncan? Duncan’s next argument deserves the most scrutiny. According to this scholar, if Duncan decided to respect Jett’s gender identity it would raise questions about his impartiality: a question that in Duncan’s mind is not raised by his decision to misgender Jett throughout his decision.

There’s no rule prohibiting judges from referring to people by their preferred gender pronouns. In fact, there is case law from the 5th Circuit permitting transgender litigants to use preferred gender pronouns dating back as early as 1980. This is what the Trump era looks like in the judiciary: a federal judge that feels the need to compete with “Ben Shapiro Destroys SJW” YouTube videos. In some ways it’s refreshing that the masks are finally off. 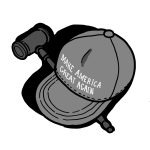 One of the foundational myths of this country is that The Law is objective—that, while you may not agree with a law, you can at least expect that it will be applied equally. Sometimes the fallaciousness of this idea blinks in neon, like rapist Brock Turner receiving a six month sentence for a crime that people of color do decades for, but other times it’s more discreet.

In 2018 a SCOTUS case called Janus v. AFSCME overturned decades of precedent to rule that the mandatory collection of dues by public sector unions violates the First Amendment. According to Justice Alito, a law that requires the payment of union dues from someone who doesn’t want to be in a union forces them to subsidize the private speech of others. And since we’re in America and money equals speech, the First Amendment now prevents unions from spending members’ dues to support causes that they benefit from. Of course, these public-sector unions still have a legal obligation to represent the interest of these freeriding workers. While the outcome was a setback for unions, it was an expected one. This erosion of workers’ rights was all but guaranteed once the project of flipping SCOTUS into an echo chamber for the worst impulses of the capitalist class was finalized in the ‘00s. Janus was an abomination but it is no anomaly. The last time we had such an anti-worker SCOTUS, it resulted in decisions like  1905’s Lochner v. New York, which ruled that laws establishing a 10 hour work day were unconstitutional. But I’m digressing and why am I talking about Janus, a case that’s almost two years old?

In August 2019, Libertarian New Orleans attorney Randy Boudreaux sued the Louisiana State Bar Association (LSBA) in the Eastern District of Louisiana, the federal court that has jurisdiction over New Orleans. The LSBA is the entity that all Louisiana lawyers are required to pay their bar dues to, which amounts to something around $200 a year. If you don’t pay your dues then you can’t practice law in Louisiana. The LSBA spends the bar dues on a number of things, including legislative advocacy. But Boudreaux, a little baby, doesn’t want to pay his dues. In a letter to The Advocate, Boudreaux explained that “[t]his wouldn’t be an issue, if the money I am forced to pay to the LSBA wasn’t being used to advocate against principles and causes I believe in deeply.”

You are thinking: what bold stances has the LSBA taken to cause a legal eagle such as Boudreaux to feel so aggrieved? Boudreaux objects to the LSBA’s position that “[a] moratorium on executions in Louisiana until [the] state implements procedures providing for representation by counsel of all persons facing execution sufficient to ensure that no person is put to death without having their legal claims properly presented to the courts.” He also objects to the LSBA’s position “[u]rging the adoption of laws prohibiting discrimination in employment, housing and accommodations for LGBT persons.” Boudreaux is saying that because he personally believes that people facing execution should not be entitled to adequate representation and that LGBTQI people should be discriminated against, his being forced to pay dues in order to practice law is a violation of his free speech.

Boudreaux is definitely a dickhead but is he not a dickhead with a good point? Our legal system is built on precedent, so once a lawsuit is decided, future cases deciding the same legal issue are supposed to fall in line. And, to be fair, Boudreaux’s lawsuit raises the same legal arguments as Janus: whether one’s freedom of speech is violated when the government forces someone to pay dues to an organization that uses that money to advocate for political positions. In both Boudreaux and Janus people are being required to pay money to an organization that will use that money to support political ideas they don’t agree with. So you would expect Boudreaux to win his case, no? Nope. In January 2020, the Court tossed out Boudreaux’s lawsuit because the two cases were distinguishable (lawyer speak for “too different to be used as precedent”).

So what’s the difference between Boudreaux’s case and Janus? Well, the success of Janus has weakened the ability of unions to function effectively, while a success for Boudreaux would mean that lawyers might have to make minor adjustments to their membership practices. The stakes in Janus are so much more severe than those in Boudreaux. Yet, somehow union speech is unconstitutional, while lawyer association speech is not. All this to say: the law is not objective, but is instead a reflection of power. When you pose a challenge to power, you should have no expectation that the law will be on your side. By diverting capital from boss to worker, organized labor is a direct challenge to the existing power structure, while feel-good liberal lawyers, like Ol’ Mo over here, are nothing but a fly in the ointment. So maybe the concept of an objective legal system is not so much a myth as it is a Potemkin village, a structure specifically constructed to hide the suffering that exists elsewhere.

Morris Blart has no affiliation with and is not a representative of billboard lawyer and handsome elder Morris Bart. And while Morris Blart is definitely 100%, a lawyer you can trust, this column does not constitute legal advice. If you have any cases, ethics opinions, funny depositions, etc. that you would like to see covered in this column, please send leads to MorrisBlartandAssociates@gmail.com.