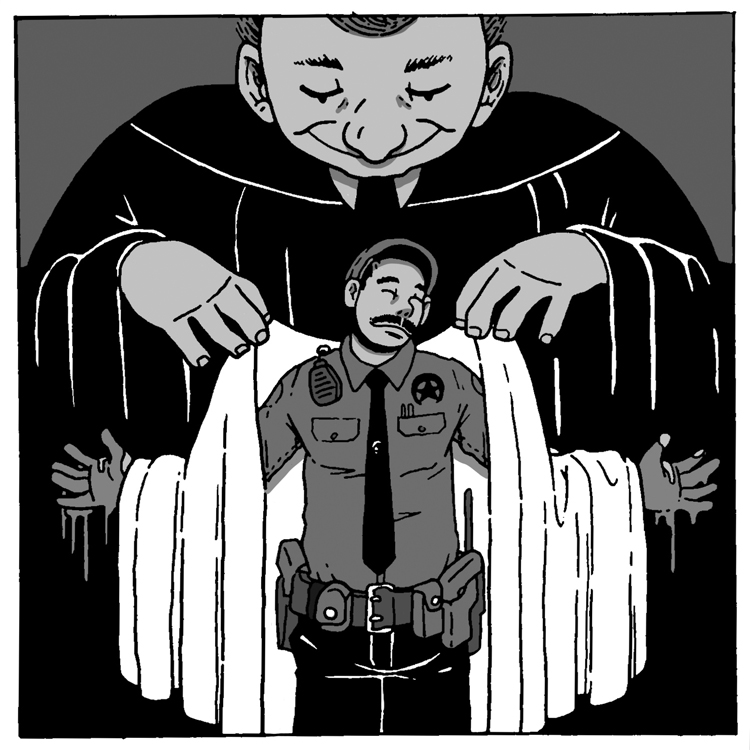 If you squint just right, you’ll remember the moment just a few weeks ago when the New Orleans Police Department (NOPD) was the belle of the ball. After a round of peaceful marches the narrative developed quickly: between the trench warfare that is Mardi Gras crowd control and the reforms required from the consent decree, the NOPD was a lean, mean civil-rights-respecting machine. After only a few days this cloying liberal balloon was popped, revealing a department willing to douse its residents with chemical weapons and rubber bullets. Surely, a twist none of us saw coming.

In this month’s Craw & Order, we take a closer look at a recently decided case coming out of Orleans Parish that made no headlines. This case opens a window into a type of police abuse that goes mostly unnoticed by society at large, but stuffs the inboxes of Louisiana civil rights lawyers: cops abusing children in public schools.

If you haven’t been hearing about police violence coming out of Orleans Parish, you may get the impression that policing around these parts has drastically improved. One reason you might feel this way is because this city’s three largest print news sources are all owned by the same white Republican businessman. For example, if you were to google “Lela Logan” you would find no press coverage regarding her or her minor child, L.L., and the police officer who punched the child in the back of a squad car while he was handcuffed. If you send your child to one of our city’s public schools, this story is probably not a shocker. What is surprising is that Lela Logan sued the NOPD. Less surprising, the case was dismissed on the basis of qualified immunity.

The facts of this case read like a School-To-Prison Pipeline for Dummies manual. L.L. is a child with a number of disabilities who attended Morris Jeff Community School. For those of you blessed with the gift of not being parents, Morris Jeff is generally considered one of the most progressive schools within the Orleans charter system, a concept supported by the willingness of white liberals to send their children there. L.L.’s behavioral health diagnoses include disruptive mood dysregulation disorder, impulse disorder, and oppositional defiant disorder. These diagnoses are not pseudoscience, they are well-documented in the DSM and call for a battery of intensive therapies. In other words, this child is not “bad;” rather, he has extremely hard to treat disorders manifesting in a mental illness that causes him to act in a defiant and uncooperative manner towards peers and authority figures. In this respect, lashing out at a child with these diagnoses for being disruptive is like lashing out at a person in a wheelchair for not being able to fit through a narrow doorway.

In December of 2018, L.L. took an item from an administrator’s desk and hid it in the bathroom. When confronted, he got upset, raised his voice, and ran out of his classroom. Outside the classroom, he was physically restrained by a privately-contracted security guard working for a company called L & R Security services (this company’s website shows that their prerequisites for employment appear to be having a security guard license, a high school diploma, and knowing your uniform size). After being physically restrained, L.L. began to throw books and chairs at the security guard. NOPD Officer Karl Marshall, already on the scene because he is a school resource officer, handcuffed the child. While Officer Marshall was escorting L.L. to the patrol car, L.L.’s mother arrived and stepped towards her son to try and calm him. Officer Marshall told her to step back from the child, at which point L.L. spat at Officer Marshall’s face. The officer then moved L.L. to the back of the squad car and punched the handcuffed child. As a result of this incident, L.L. was institutionalized for 10 months. Officer Marshall was not even disciplined.

There is no justification for punching a handcuffed child. If our Constitution or even our collective understanding of the concept of civil rights stood for anything, L.L. should have some recourse through our legal system. In May 2020, Judge Carl Barbier dismissed L.L’s lawsuit because of something called qualified immunity. Qualified immunity is not a law (in the Schoolhouse Rock! sense of the word). Rather, it is a doctrine created by the Supreme Court in the early 1980s, purportedly to allow “authorities” to fulfill the duties of their jobs without having to fear lawsuits. So if you’re having a hard time remembering the year in which police were so scared of lawsuits that they didn’t arrest anyone, the year was 1982.

L.L. also sued NOPD Superintendent Shaun Ferguson for failing to punish Officer Marshall and for failing to train him. The claims against Ferguson were also dismissed because in order for a supervisor to be liable for the actions of his subordinate, L.L. would have to prove a policy or practice of the NOPD. So because L.L. couldn’t prove that the NOPD regularly punches children while handcuffed in the back of police cars, the case against Ferguson was dismissed as well.

Another important thing to know about L.L.’s case is that Judge Barbier is probably the Louisiana judge you want when it comes to overseeing your civil rights case. He has a good reputation for taking these types of claims seriously. And while he’s a very by-the-book judge, if he’s dismissing your case out on the basis of qualified immunity it’s a sure bet that every other judge in Louisiana would make the same call. Not just a couple of bad apples…

Obviously, NOPD is not the only police department that benefits from this level of police immunity. Here’s another quick look at a police abuse case that was dismissed and didn’t make the news. 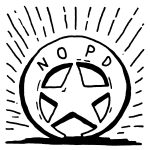 Four cops responding to reports of gunshots approached Louis Trask on a cul-de-sac in Slidell. As the deputies approached Trask, he told them that he had a magazine in his possession and requested that the officers approach him and safely restrain him with handcuffs in order to ensure the safety of the responding officers. Instead, the deputies bashed his head on the ground, causing severe injuries. Trask claimed unconstitutional excessive force by the deputies. Judge Greg Guidry disagreed, finding that the deputies’ actions were objectively reasonable. He dismissed the case on the basis of qualified immunity.

There’s been some recent movement towards eliminating qualified immunity; and while this is a positive step, it is one worth interrogating a little further. To view the elimination of qualified immunity as some sort of panacea for police brutality still reifies a free market supremacist logic in that it assumes that if we make police brutality really expensive it will incentivize municipalities to take the issue more seriously. But has our very expensive national health care system resulted in better health outcomes? Did the $5.5 billion Deepwater Horizon settlement bring about a new era of environmental justice? Also, while qualified immunity is a plague, it’s only one of numerous judicially-created barriers established by the courts to prevent holding the powerful accountable. So while chanting “no justice, no peace” is great, let’s make sure our definition of justice is a lot more expansive than dragging cops into court to answer for their porcinity. Since business is booming in the abolition industrial complex, we may as well pencil in the judiciary on to that list as well.