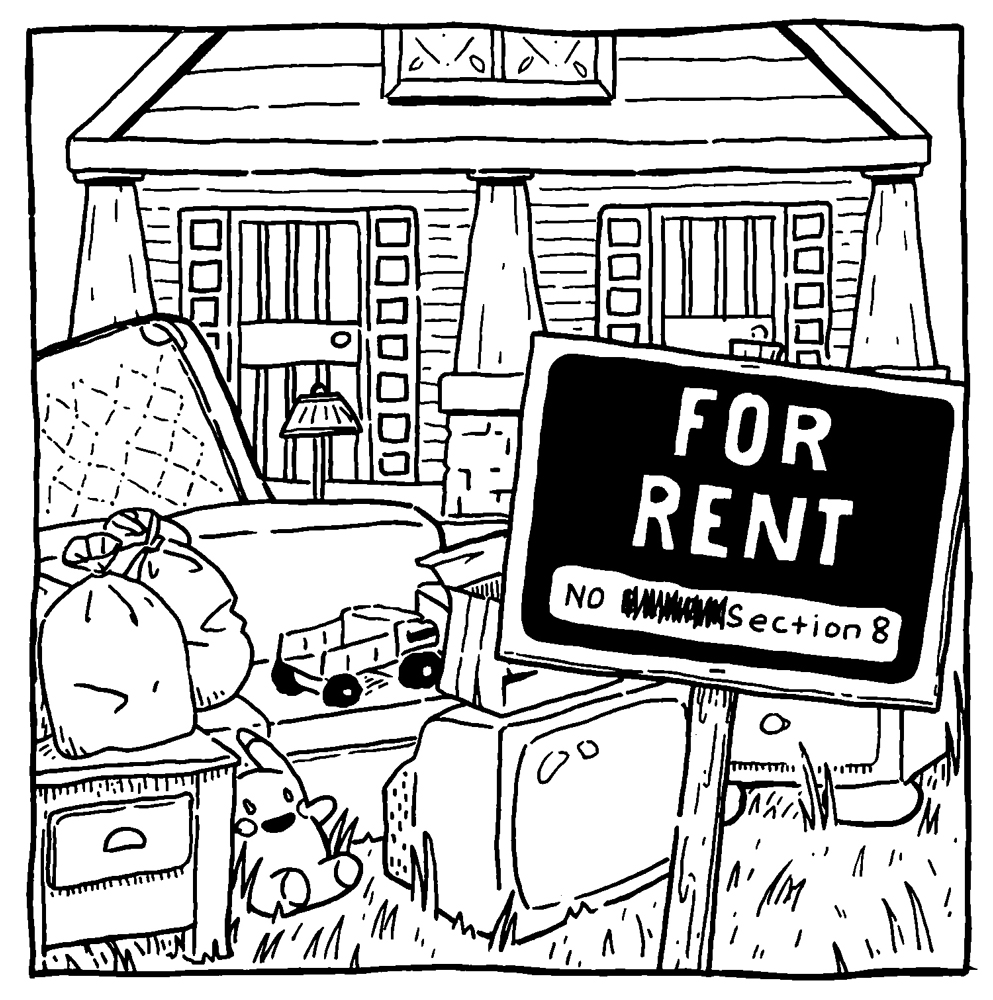 There is nothing more important right now in New Orleans than the fight to save the lives of at-risk tenants during the COVID-19 pandemic. And yet we’ve watched as every single one of our city’s politicians equivocate about being powerless or having no authority to do anything under the law. But they’re wrong; the law is only as rigid as their imaginations. Here’s what people who understand power do: they act however they want and wait for the law to catch up to them; and by the time it does, they’ve already surrounded themselves with a team of lawyers and then keep bluffing until the law concedes. This month we take a look at two recent housing decisions coming out of our federal courts that show how the reactionary right continues to use their power to push their agenda—without letting little setbacks like law or precedent get in the way.

The Fair Housing Act (FHA) protects people against discrimination in the sale or rental of a property on the basis of their race, color, national origin, religion, sex, familial status, or disability. Discrimination is usually thought of as an intentional act, e.g. a landlord won’t rent to you because of your race, or maybe your lease is not renewed because your disability makes you talk to yourself. However, contemporary bigots rarely just come out and say bigoted things out loud. Instead, they work around their bigotry by using coded language or enacting “neutral” policies that have the effect of segregation, like bars with a “no saggy pants” policy. Back In 2015, a conservative Supreme Court surprisingly held that the FHA did prevent discrimination when neutral policies had a segregative effect or disparate impact.

Five years later and with an even more conservative bench, the Supreme Court refused an appeal from a Fifth Circuit Court of Appeals case called The Inclusive Communities Project, Inc. v. The Lincoln Property Company (“Lincoln Property”). When the Supreme Court refuses to hear an appeal, the decision from the appellate court stands. The Court’s decision was important in that it left in place a monumentally awful ruling impacting the rights of millions of Texans, Louisianans, and Mississippians to be free from housing discrimination by private landlords. Lincoln Property’s meaning is complex but it has resulted in a very clear impact: it is basically impossible to win a fair housing case on the basis of a neutral policy having a segregative effect.

In the recent case, The Inclusive Communities Project (ICP) v. Heartland Community Association (HCA), a Dallas homeowners’ association made it illegal for homeowners to rent their homes to people on Section 8. As a result, all Section 8 residents were unable to renew their leases and new Section 8 tenants are unable to rent housing in the Heartland homes. When the new policy went into effect there were 96 Section 8 tenants in Heartland, every single one of them Black. Moreover, 84% of all people on the Section 8 waiting list in Dallas were Black at the time the lawsuit was filed. Quite obviously, the decision to prevent Section 8 tenants had the effect of reducing the amount of Black tenants at Heartland. However, due to Lincoln Property, both the District Court and the Court of Appeals decided that since Heartland’s ban on Section 8 tenants didn’t cause the racial make-up of the 96 current rental tenants using Section 8 vouchers or the racial make-up of the Section 8 voucher waiting list, they could not be found to have violated the Fair Housing Act. In other words, to bring a successful future claim for Section 8 discrimination, a tenant would have to prove that his landlord was directly responsible for the centuries of systemic racism that have resulted in disproportionate poverty rates in the Black community. This is an absolutely outrageous outcome and, as with so many other legal decisions, the Fifth Circuit is finding new loopholes and technicalities to permit discrimination.

This case, along with Lincoln Property, is a message to Texas, Louisiana, and Mississippi landlords that the Court is going to sign off on your discrimination as long as you can find even the most minimal exclusionary pretext. You’ve got to give it to the racists here: if I had read the Supreme Court’s 2015 decision I would have told them not to try it, but they’ve got the type of sticktoitiveness and deep pockets that our guys lack.

Short Term Rentals (STRs), much like free market capitalism, are bad. The modest STR regulations enacted by the New Orleans City Council in November 2019—the culmination of a powerful alliance between the growing anti-capitalist housing movement and otherwise apolitical neighborhood cranks—provided a modest compromise: whole home STRs will be allowed in commercially-zoned areas and banned in residential ones. While the intervening pandemic has likely confused any quantitative analysis of whether these regulations were sufficiently restrictive to bring down rents or prevent displacement, it hasn’t stopped the torrent of litigation on the subject. So let’s pour one out for the unfortunate New Orleans City attorneys, whose jobs for the next few years will be split between fending off astroturfed lawsuits from Airbnb hosts and challenges to the Cantrell administration’s efforts to unconstitutionally silence dissenting voices.

Hignell, et al. v. City of New Orleans is only one of these recent STR suits. Right after the STR regulations went into effect, Melissa “Mel” Hignell and a couple of other STR mavens got together to sue the City of New Orleans. When people sue collectively, lawyers are careful to put the most sympathetic plaintiff as the first name on the lawsuit because they will inevitably become the face of any media about the suit. So what do we know about this very sympathetic Mel Hignell? Hignell lives in Portland, Oregon and runs a little empire of STRs called White Spider Rental Concierge, LLC. Despite a documented history of flouting local STR ordinances, Hignell and her team of 56 labret-pierced, cat-eye lensed employees operate STRs in New Orleans, San Francisco, Portland, Palm Springs, Nashville, Savannah, and Bend, Oregon. Specifically, in 2016 Hignell purchased a three bedroom property on Alvar Street in the Bywater for $400,000. This was a time when the Landrieu administration essentially allowed Airbnb to write the laws governing the industry, and Hignell was free to rent it out full time to tourists from her actual home in the Pacific Northwest. After making money hand over fist for years, the house now sits on the market for $525,000. And yet somehow Hignell feels oppressed.

Hignell’s lawsuit alleges that the new STR regulations violate the First, Fourth, Fifth, and Eighth Amendments of the United States Constitution, as well as a more underground Constitutional provision called the Commerce Clause. There was a lot of work done on this case by the lawyers, with both sides submitting voluminous pleadings. Finally, Judge Ivan Lemelle (a Clinton appointee) dismissed Hignell’s claims, finding that the STR regulations are constitutional.

The arguments advanced by Hignell are speculative and hyperbolic but there are a couple of interesting things to note. Hignell’s Fifth Amendment argument, that the STR regulations violate the Takings Clause (“nor shall private property be taken for public use, without just compensation”) is a not-so-discreet effort to get a judge to say that all zoning regulations are unconstitutional. This is an argument long-favored by Cato Institute types who’d have you believe that the founding fathers declared their independence to make sure that chemical plants could be placed next to pre-schools. Hignell and her lawyers also argue that the regulation was intended to discriminate against people from out of state by unconstitutionally regulating interstate commerce and therefore violates the Commerce Clause. Essentially, because whole home STRs now require a homestead exemption in some neighborhoods, people from out of state are legally prevented from participating in certain aspects of the STR market. In the hands of a different judge, this argument could have won the day. Hignell also argues that because the regulations cap how many people can rent out each bedroom, her First Amendment right to free association has been infringed, an argument I had to read thrice before understanding its tortured logic. If I am reading this argument correctly, she appears to be equating her inability to cram eight frat boys into a two bedroom STR to the state refusing to allow a civil rights organization to meet.

All this to say, the STR operators are who you thought they were: free market extremists who will put their ability to make money over literally any other concern. It’s a relief that they lost this round but you can bet they’ll be back for more. And really, how long before Cantrell and the Council just decide it’s not worth the fight anymore? Probably as long as it takes for the new deputy chief administrative officer of the City’s Office of Business and External Services, Peter Bowen, to walk across the hallway for his daily tea with the mayor. 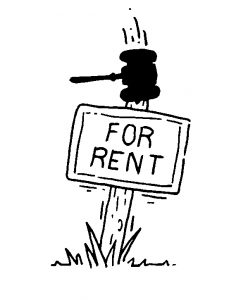