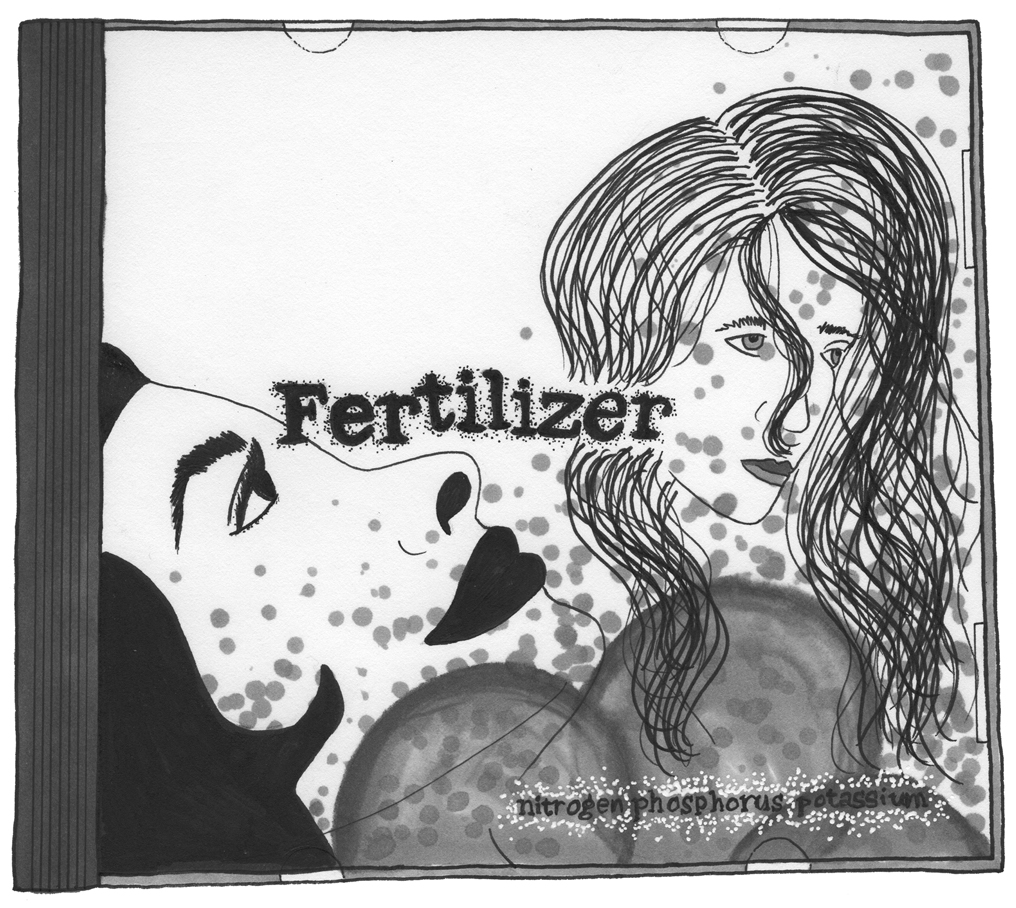 I used to not believe in fertilizer. I don’t know where my head was or how I thought plants worked. I had already been working with them for a few years and had been made to apply fertilizer to any number of plants at garden centers and landscaping jobs, but I thought it was an unnecessary evil—maybe not entirely absolutely unnecessary, but absolutely evil. It turns out I was wrong.

It’s like rain: plants need fertilizer to survive. It doesn’t need to be manufactured, man-made, artificial, or derived from poison wartime gases. But without fertilizer, plants will not survive. Ah, but there is no fertilizer in nature, you say? You oughta know that fertilizer is just another word for nutrients. Plants effectively eat the sun for their calories, but they are as empty as a Bud Light Lime on an August afternoon. For nutrients, plants look to the soil.

I’m here to remind you that the basic building blocks for any plants’ health are known in the plant world as NPK: nitrogen, phosphorus, and potassium (or kalium on the periodic table), for you nerds who insist on knowing what an acronym actually stands for. There are tons of other vitamins and minerals that plants need to lead happy, fulfilling lives, to build proteins and process water, to turn light into energy for you to eat, to fight off sickness, and on and on. They need to swallow vitamins down just like you do, and it feels real good, swimming in their proverbial stomachs. 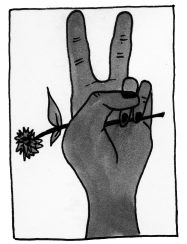 There was a time when plant scientists thought all plants needed were the three elements, NPK, to survive. But we have since learned that it isn’t fair to deny vegetables of other micronutrients. Still, mainstream agriculture and the fertilization industry mostly just focus on NPK. On any bottle or bag of fertilizer (organic or synthetic) you will always see three numbers listed on the label, and these represent the percentage of each nutrient present in the fertilizer, by volume, in order. To spell this out real nice: if a bag says 16-12-16, that means it has 16% nitrogen, 12% phosphorous, and 16% potassium. It also means it’s almost definitely synthetic and you should not use it. In my time amongst the plants, I have never come across an organic fertilizer that has more than 9% nitrogen. That’s not to say it doesn’t exist, but I’m fairly certain it doesn’t exist. There are other obvious ways to pick out the most righteous fertilizers and to avoid the wrong ones; more on the how and why of that before too long.

Briefly first, let’s discuss what it all comes down to when you give your plants these three main nutrients. Nitrogen, broadly speaking, encourages leafy green growth. If your plants are looking pale and aren’t putting out new leaves, they usually need more nitrogen. Nitrogen is the most important element to plant growth, and it was newfangled science in the early 20th century that figured out how to pull nitrogen from the air, enabling the production of synthetic fertilizer and thus, the Green Revolution, which has fed untold billions and enabled more than a couple billion people to exist on this planet at one time. This discovery also led to the creation of chlorine gas during World War I, the chemical used in gas chambers during the Holocaust, and a common deadly explosive agent used by the likes of Timothy McVeigh. It’s also decimating aquatic populations and is the primary cause of the dead zone in the Gulf of Mexico. Life sure does have a funny way of helping you out when you think everything’s gone wrong.

So that’s nitrogen. Phosphorus and potassium are decidedly less problematic, but only just barely. It’s estimated that 90% of the world’s phosphorus supply is tied up in the human food cycle, and that we’re running out of it at an extremely alarming rate. It will probably be gone by the beginning of the next century. It’s not fair of me to only tell you of this cross we bear without sharing how phosphorus actually helps, though. Generally speaking, it’s what plants crave when they are trying to put out flowers, fruits, and seeds. Phosphorus helps with the heavy lifting and baby-making. So, practically, if your plant is huge and green but isn’t putting out any fruit, it’s likely facing a shortage of phosphorus. Or if you’re getting fruits but they’re kind of meek or mealy: not enough phosphorus.

Potassium is more of a general care element. Some will say it helps specifically with root growth—and it does—but really it’s more of an all-around caretaker. Potassium helps plants seek other nutrients, build up their immune system to stave off disease, mount defenses against insects, and provide general fortitude. If your plant is facing beasts, fungus, or disease, you are likely potassium deficient.

As I’ve already said, other nutrients, in the parlance referred to as micronutrients, are equally important to a plant’s wellbeing as NPK is. Beneficial bacteria and fungus in the soil also play a critical role in plant health. The pH balance of the soil is crucial, as well as sun exposure and water, region, ecosystem, and so on. There is a lot going on and it’s extremely diminutive to think only in terms of basic nutrients when considering plant health. But hey, it still matters.

Synthetic fertilizers often contain only immediately available nitrogen, phosphorus, and potassium. No other nutrients, no life. This immediate availability is great on the surface of things, but what’s not used by plants right away runs off with the water cycle and ends up in rivers and oceans, causing algae blooms that deplete oxygen and massacre aquatic ecosystems. The love you give that will make plants thrive must be applied consciously. Natural fertilizers usually contain most of the smaller elements and vitamins that plants seek, listed in plain view on the product, and often are infused with other beneficial living creatures. Most importantly, the bulk of the nitrogen found in them is released slowly as it breaks down in the soil, so it does not end up anywhere but where you want it.

Organic fertilizers are derived from a variety of inputs, and are often sold as an amalgamation of many inputs. Most common ingredients include: blood meal, bone meal, fish meal, kelp or other seaweed, bat guano, fish emulsion, cow manure, chicken manure, and so on. It’s mostly made of dead animal parts and byproducts from large meat production facilities. Isn’t it ironic that re-purposing the byproducts of the animal industrial complex is by far the best way you can maintain a healthy garden, while causing minimal harm to the environment? For the most part, those products which are not derived from the industry are harvested in a non-sustainable manner. And while certainly not as problematic as synthetic fertilizers, they’re not great for the planet either. Really, if you’re going to eat, nothing is. There is a thing called veganic farming that claims it is possible to grow food without any inclusion of animals, animal waste, or animal byproducts, and I don’t believe in it at all. But if you don’t believe me, I welcome you to seek it out.

If you’re seeking out organic fertilizers though, here’s what to look for at your store. Granular products are usually best, as you can just sprinkle them about with your hands. Omri (Organic Materials Review Institute) listed products are a sure thing: it’s like USDA approved organic for gardening products, but less corrupted by lobbying groups. Ingredients will always be listed somewhere on a fertilizer bag, usually in small print because reading blood meal on a label makes consumers squeamish. If you don’t see anything listed anywhere on your bottle or bag that does not sound like a chemical, it’s probably synthetic and you should avoid it. There are plenty of liquid fertilizers out there as well that are amazing; I only recommend granular because you need to buy additional tools if you’re going to spray concentrated liquid fertilizers. Of course, you don’t have to go to a box store to buy nutrients for your plants. Compost is a fertilizer; manure is a fertilizer; plant matter is a fertilizer (with limited possibilities).

If I haven’t already won you over, I want you to know that it’s not fair to deny plants of the nutrients they need, but I do not recommend biting off more than you can chew when it comes to fertilizer application. If this becomes the good advice that you don’t take, well, I couldn’t help it, and it’s all your fault. But if you heed my word, I can tell you with a reasonable amount of confidence that everything’s gonna be fine, fine, fine.