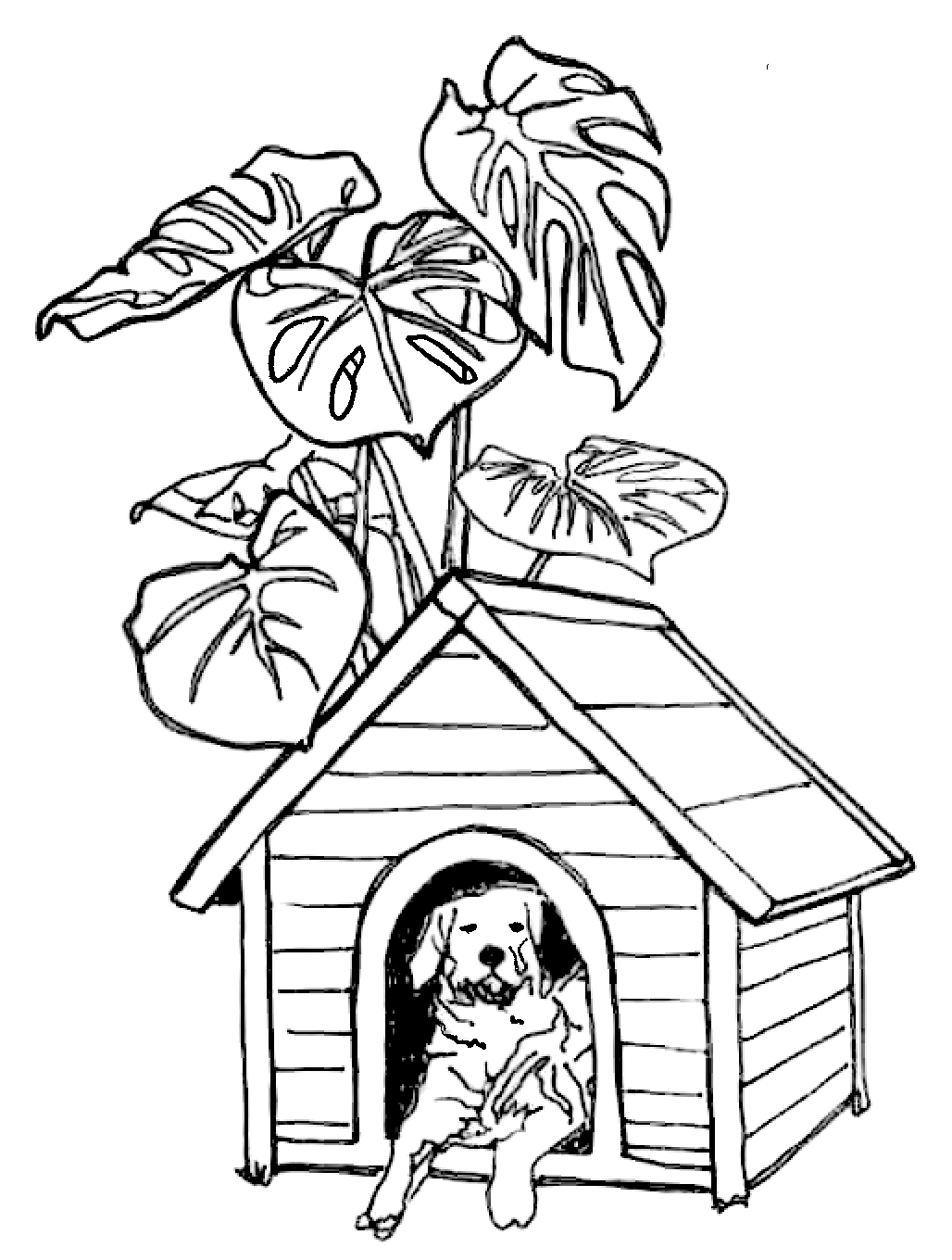 House plants are practical plants. I have likely disputed this case in the past, and may also do so in the future, but informed opinions must be pliable, like branches in the air conditioning-induced wind. Those of us who cannot connect with the outside world for fear of it or for lack of yard space can still know that everything around us is alive, breathing, and complex beyond our wildest dreams simply by staring into the leaves of the philodendron that sits on the sill. Houseplants can deepen our understanding of our place in the universe when we don’t have time to kayak the bayou or grow our own peppers in the backyard. Also, some houseplants are air purifiers, and some culinary herbs can be houseplants. And then there’s aloe vera, which grows so easily indoors and gives of its limbs freely whenever our burnt skin cries out for relief. So houseplants count. Here’s my take on how not to kill them.

All plants need at least a little bit of sunlight, but generally speaking, houseplants are such because their ancestors grew under forested canopies of shady, filtered sunlight. That is to say, as long as your room isn’t dark when the sun is out and the lights are turned off, most houseplants will be happy.

As with all plants, watering is more than half the battle. In my semi-professional opinion, most houseplants die from either inattention or overwatering. All plants need water and plenty of it. The tricky bit is knowing how much water is the right amount. This varies from plant to plant of course, and extremely so in some houseplant cases, but there are some general rules that pretty much apply to all indoor plants. Two rules: 1. Don’t forget to water. Check your plants at least twice a week to see if they need watering. 2. Only water dry plants. Check the soil of your plants by poking a finger in the dirt. If you feel no moisture an inch or so in, your plant needs water. If you feel moisture, it does not. Fulfilling this need, in most cases, means watering until water comes out of the bottom of your pot.

To this end, don’t ever put a plant in a pot that doesn’t have a drainage hole in it. If you do, your plant will rot and die. Leaving your soil in a perpetually wet state will essentially drown your plant while simultaneously encouraging the growth of the sorts of bacteria, fungus, and disease that will kill your plants quickly.

Succulents might not need water for a month at a time, but you still need to check regularly. Don’t get lazy. Checking your plants regularly for water also gives you more face time with them, wherein you can see if any other funny business is happening to your babies.

Air plants are tricky for lots of folks, and the information out there regarding how best to tend to everyone’s favorite bathroom accessory is vast and conflicting. I say do this: dump all your air plants in a bucket of water to soak for an hour once every week or two, then put them back in their precious hanging globes, perfectly placed amongst your hand-picked driftwood, atop your bookcase lined with unread New Yorker magazines.

Orchids are also special and the world is full of opinions on how to best keep them happy. I believe in ice cubes. One ice cube placed atop the pot to melt slowly twice a week keeps an orchid alive and happy long enough to bloom all of its blooms.

Don’t skimp on soil for houseplants. Topsoil will not do. Compost will not do. Buy potting soil. You need something porous that lets air in and water out. You can make your own potting soil, but it better be extremely fluffy, or you and yours will suffer. Spending money and time on the back end here will inevitably save you money on replacing your plants over and over again because you don’t give them a livable home in the first place. You’re already doing freaky, unnatural, weird stuff by putting them in pots in the first place; make their freakshow lives the kind of freakshow life you’d want to live, like in a vintage airstream, as opposed to a barred cage.

Don’t worry about specialized potting soil. You don’t need cactus soil for cacti. Just get any bag calling your name that says “potting soil” on it, that doesn’t have inorganic fertilizers in it. It’ll be easy to know which ones to avoid. They’ll say “feeds plants for seven months” or some such, and if they don’t advertise in bold letters that their “food” is organic or natural, leave it alone.

Also, even the best soil gets old with time (especially if you aren’t watering responsibly). If the top of your soil is crusty and cakey, you need to replace it. It means the soil itself is dried up and dead and can no longer retain water or nutrients effectively. Don’t be scared, just kindly grab your plant at the base of its soil and pull. Remove all the old soil with a few kind but firm shakes, then put some new soil at the bottom of your pot, plop your plant back in, and put soil around and on top. This is also a good opportunity to up-pot your plants if that’s something you want or they need. If your plant comes out of the pot in one extremely firm chunk of soil exactly the size and shape as the pot it was in, putting it in a new, bigger pot is borderline essential to its continued health.

Fertilizer is an absolutely necessary evil for your houseplants. You may have found some better than veganic hella permacultural methodology for making the plants you love grow the way you want them to outside, in harmony with nature and without any external inputs. But house plants are inside your house, inside pots, apart from nature and bred by us to exist for our pleasure. Not fertilizing houseplants is akin to letting your pet daschund free in the Alaskan wilderness. So fertilize. Keep it organic, and don’t do it too much. A sprinkle or spray (depending on whether you have solid or liquid fertilizer) every three months or so should do the trick. Like the soil, don’t worry about getting something specialized for your plant. And if you already have something specialized for your plant, don’t worry about using it on your other plants. It’s not that special.

Don’t be scared to cut off the brown parts of your plant. Plant bits get old and that’s fine and it’s normal. Cutting off dead or dying parts stops the flow of wasted energy and redirects that energy to new growth. If not for the health of the plant, then purely for your own aesthetic pleasure, cut off the brown stuff. It’s never going to be green again, it’s only going to keep dying. I cannot emphasize enough how much the browning is completely natural and how much it’s not your fault. I also cannot emphasize enough how beneficial pruning actually is to the plant and how much you should not hold back when doing so. Also very important: don’t just cut off brown bits of leaves. Cut off the whole leaf, or stem, or branch, or whatever it may be that is starting to go.

As I said before, most sickness and death that occurs to houseplants is caused by sheer neglect, by way of inattention to watering, soil, or fertilizer, or by overwatering and all the disease that follows. But there are a couple other problems that are super common amongst all houseplants. Well, one problem and one inevitability. The problem is mealybug. Mealybugs are these powdery white relatives to aphids that look like a strange cotton or mold growing on your plants. Look at this fluff for more than a few seconds though, and it’ll become pretty clear that these are actually tiny insects. They seemingly appear out of nowhere, usually having travelled to you with a plant from a garden center, but a great way to attract them is by overfertilizing. Like aphids (because they basically are aphids), these creatures feed off the excess nitrogen in your plant, and generally aren’t attracted to plants that don’t have more nitrogen than they know what to do with flowing through them. Generally speaking, you are going to have a hard time over-fertilizing with organic fertilizers, so if you have a mealybug problem, either you or the person you bought your plant from was likely overfeeding your plant.

You can drown mealybugs in dish soap or oil spray or insecticidal soap if you’d like, but honestly, you’re better off just wiping them off like you would a spill on the counter. Take some spray cleaner (preferably a natural one) and a paper towel and get into the nooks and crannies of your plant and just clean the buggers out. You won’t get them all on your first go, but just add this to your routine of watering and checking on your plants and within a few weeks they’ll all be gone. Scale is another aphid relative that likes houseplants but is harder to spot than mealybug. These little guys are green and grasp tightly to the stalks of your trees with a columnar regimentality. You can conquer them in the same fashion.

As per inevitability, all plants die eventually, and it won’t necessarily be your fault when they do. In fact, if you heed the advice of even half of this piece here, it almost certainly won’t be your fault. That said, the easiest way to lose a plant is to buy one that was already on its way out when you bought it. Most plants with flowers on them are plants on their way out. The majority of plants brighten up and flower just before they die, hoping to get their progeny out into the world before their passing. So, know that when you buy an orchid in full bloom or a bromeliad with a fierce volcano of color emerging from its center, it is in its prime at that exact moment and will likely never be so alive again, no matter how well you treat it for the rest of its days. I’m not saying don’t buy these things; just know that most houseplants with bright colors are very unlikely to retain those bright colors.

In conclusion, instead of a traditional conclusion, here are a few of the houseplants I think are most dependable for the long haul, in roughly descending order: pothos ivy, succulents (including and especially aloe vera!), air plants, philodendron (which is a huge genus that includes probably half of all common house plants), spider plant, fiddle leaf fig, peace lily (which is an excellent air purifier), and fine, sure, every houseplant hipster’s wet dream/wallpaper/shirt print/status symbol/shower curtain: the one, the only, the coolest, the monstera plant.