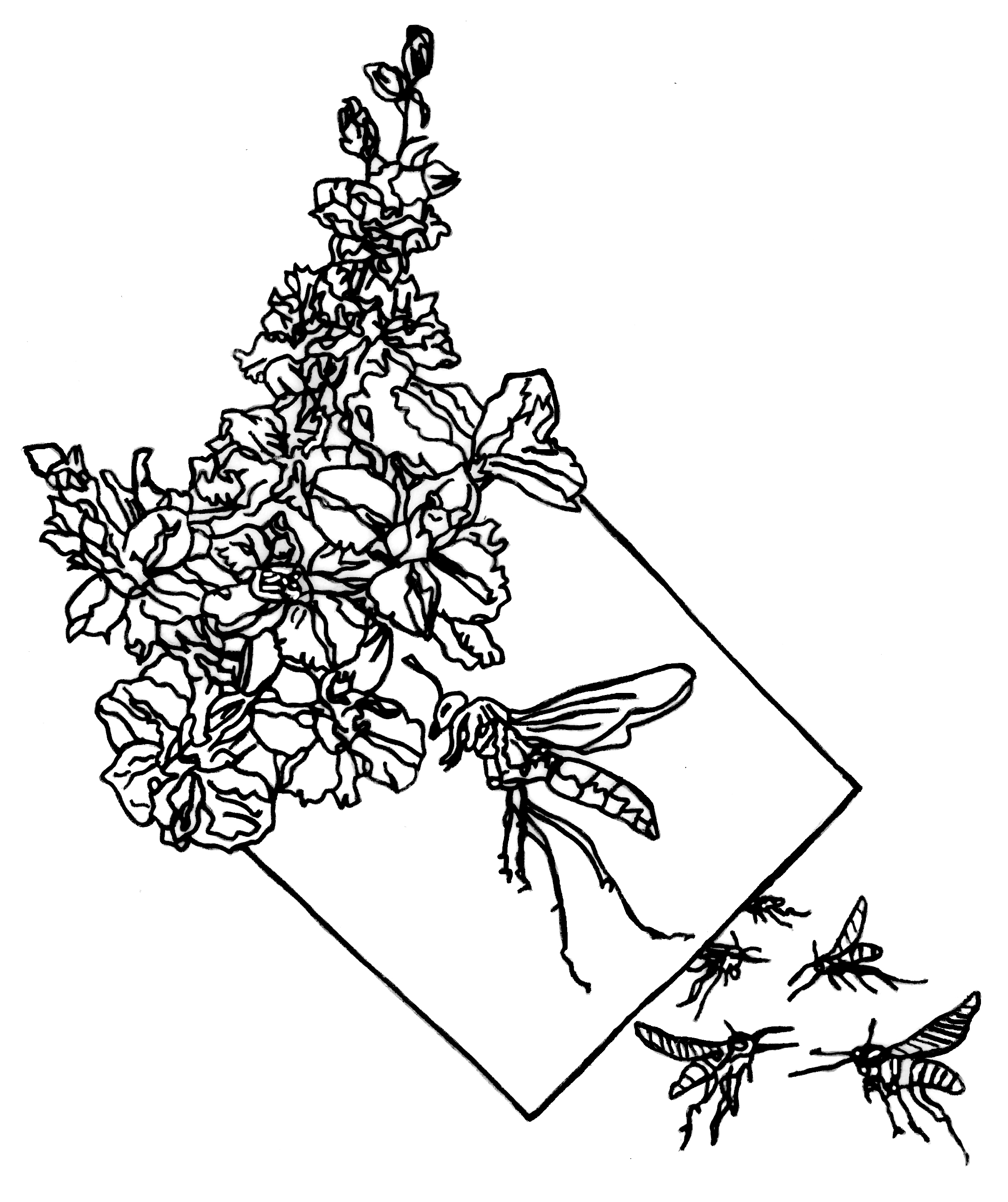 Knock knock. You’re getting a double feature this month: one part plant, one part creature with which to sate multiple itches in your gardening brain. They are divergent topics—volunteers and wasps—but they share common ground in that they are both things that you may not want to allow into your world, but absolutely should.

The word “volunteer” carries a special meaning in garden dialect, akin to the “volunteer” the regular world knows, but with its own caveats. Simply put, a volunteer plant is a familiar seedling, usually food-adjacent or ornamental, that comes up from the earth despite your never having planted it or planned for it. It isn’t there in an act of selfless benevolence; it isn’t there actively putting itself on the line for others to make the world a better place, or to make your world a better place. It is just a seed that found itself in exactly the place it needed to be exactly when it needed to be there, and has decided to come to life.

Odds aren’t terrible that you’ll be annoyed by its presence, by its imposition upon your well-laid plans with its easy growth and free-spirited vibrancy. But you shouldn’t be annoyed. You should cherish this spontaneous miracle for the chaotic gift it has lain before you.

A volunteer plant will almost always grow up to be a healthy, strong, and productive plant, because it is a plant that came from a seed that you did not lay into the soil yourself. It is at least one point removed from your designs upon nature’s infinitely knowing oneness. That is to say, the seed probably came from a plant that you neglected to pull out of the ground before it hit its peak and dropped its progeny, or from a plant who dropped rotting fruit into the soil when you weren’t paying attention, or from a plant that you threw into your compost pile months or even years ago.

These plants will always know better than you can ever know when and where the best place to grow is, which is why when one emerges from the soil, your best move, by far, is to let it be, but also to take note. In doing so you can glean a touch of their smarts and make them your smarts, to inform your notions of when and where to plant their brethren in the future.

Permaculture types and lazy hopeful gardeners hold on to the belief of a harmonious world where edible gardens take care of themselves by way of letting seeds fall where they may and germinate when they will. But the life of a garden does not become the thing you want it to be if you simply idle near it. Cultivation will always require cultivating. It is always a good idea, the only right idea, to work with nature to nurture your own ends. When you are given a gift, you should always accept it, but to expect that you will always be granted gifts is foolish at best. You must cultivate a relationship that promotes the giving, and then and only then, let the seeds fall where they may, and then continue to cultivate around that. You need to be a part of the process if you want nature’s design to work for you.

A volunteer is something golden that must be embraced and held on to, a seemingly random blossom on the canvas of your garden that is actually born of complex machinations between soil, air, moisture, temperature, sun, and so much more. It is the universe unfolding its grandiose and unknowable schemes onto your little slice of it, communicating with you and what you have tried to build. Leave it. Listen to it. 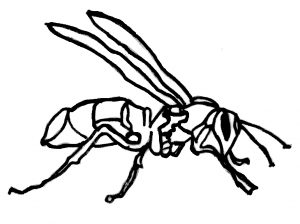 They are your friends. All of them. OK, maybe they are not your friends. But they are your allies, even if they hurt you at times. Having them near at hand may make you nervous, but they are necessary to the fabric of the empire you have built. They may not be dependable, and they are often violent in a way that is not to your liking, but the fragile ecosystem that you are ostensibly stewarding utterly depends on them to function healthily and happily.

Wasps are beneficial in a couple of ways, but their main thing is killing the bugs you want dead. There are tens of varieties of wasps that inhabit southern Louisiana, and they each kill all manner of evil creature, and a few decent creatures too. They are slightly indiscriminate agents of chaos, but their favorite prey are caterpillars. Locally, they especially love armyworms and tomato hornworms, two of the most voracious destroyers of gardens around these parts.

Wasps don’t just kill creatures to eat them. In fact wasps don’t eat them at all. Instead, most wasp species put their eggs into the bodies of paralyzed victims, so that their young larvae can hatch comfortably inside a warm body full of sustenance and electrolytes, giving them that extra edge as they emerge into the light of the outside world. Thereafter, wasps babybird their prey to baby larvae, chopping up their victims and feeding them to their young.

Wasps don’t actually live very long as adult creatures that fly, sting, give birth, and murder. As such, their personal sustenance needs are minimal, and they can feed all the protein they finely butcher to their young. Fully grown wasps live off sugars, mostly nectar from flowering plants, but also aphid honeydew. They pollinate all manner of plant with gusto and aplomb. Wasps are not quite so effective at pollinating as bees, simply because their biology doesn’t set them up for it. Their legs aren’t hairy like a bee’s legs, so pollen doesn’t stick as well. Still, there are so many shapes and sizes of wasps that many plants, including plenty of food plants, absolutely depend on wasps to ensure they are able to procreate.

Unfortunately, some wasps are also known to steal honey straight out of bee colonies to get their sugar fix, and can destroy entire colonies in doing so. Still, this is not a frequent occurrence and not reason enough to forsake the wasps among you.

Wasps are mean, especially the ever-present and extremely-common-to-these-parts paper wasps. Their stings are terrible, but the pain eases after a few measly hours. So if you have no scary allergies, to kill wasps just to avoid a touch of extreme discomfort is discourteous to your garden and dare I say the planet itself. Wasps are aggressive creatures, but by and large if you leave them even a couple feet of space and aren’t disrupting their homes, they will generally leave you be. They’d much rather be ovipositing the eggs of their young into a paralyzed tomato hornworm so that their babies may eat your garden’s arch nemesis slowly from the inside. Support your local ecosystems. Support your garden. Support wasps.