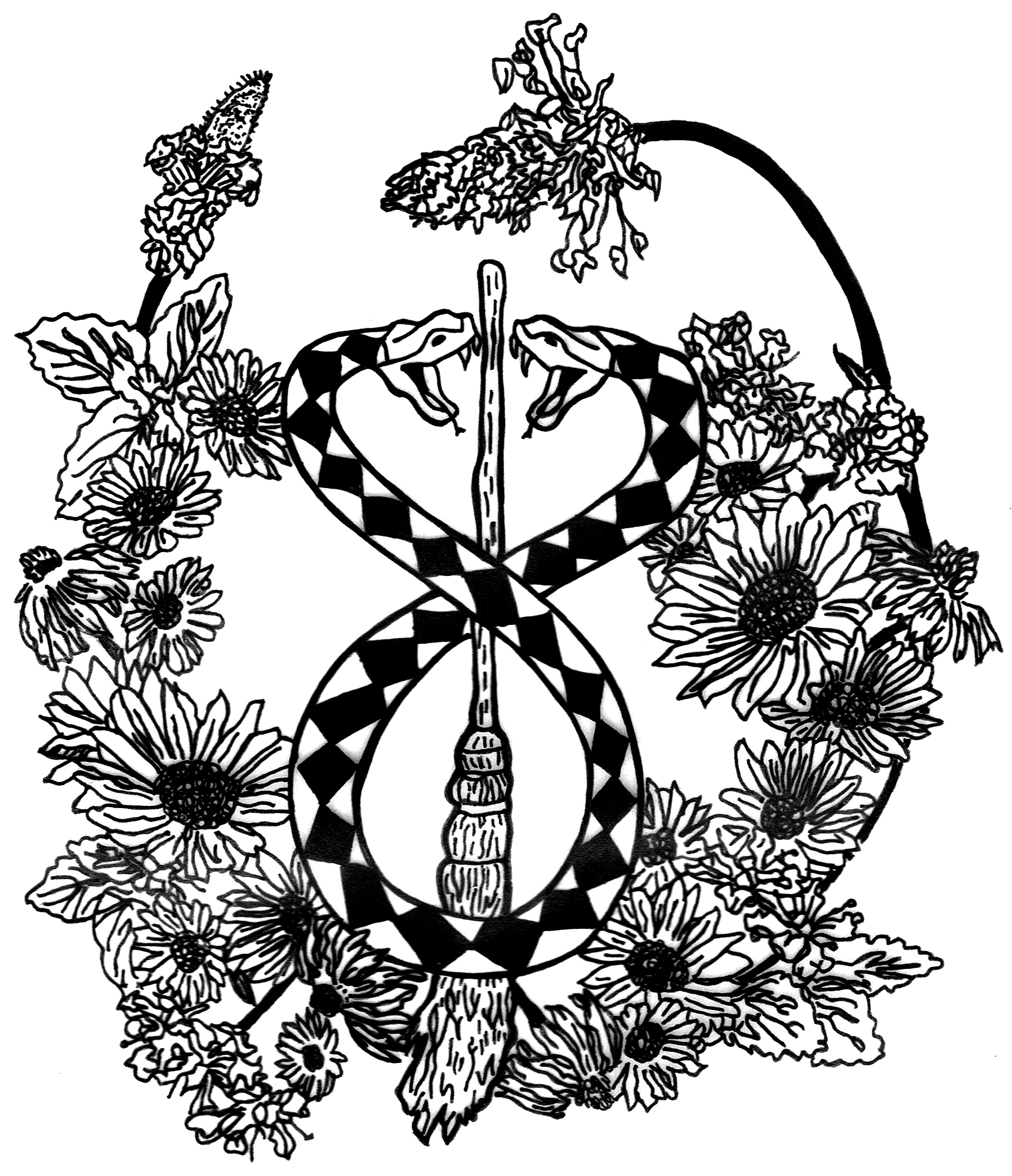 The flu season is upon us, nobody in this city treats their liver right, astrology is the new organized religion, and we are existing in a pre-apocalypse, post-societal liminal space wherein witchy hats are so 2017 and everybody’s actually just casting spells to try to make health care affordable. Practical plants don’t have to be food. They can also have medicinal properties, or magical properties, or both. So cast your stones and away your colds. Here is a shortlist of some plants that are really easy to grow around these parts, a little bit on how to grow them, a little bit more on what sigils may be painted within their cellular walls, and what curative blessings they wish to bestow upon you.

You know chamomile. You probably didn’t know it was stupid easy to grow in New Orleans, especially in the springtime. It germinates fairly easily, though it takes a while to start flowering, and it thrives here from March to June or so. It is not a great fan of the summer heat.

In terms of health, it has been used through the ages and across cultures to heal malaria, diarrhea, indigestion, headaches, bronchitis, gangrene, and (of course) as a sleep aid. (So we can speed things up as we go along, let it be known that most healing herbs have been used to heal most things over the centuries, so I’ll go ahead and name them all for chamomile here, but if I give you the full rundown of every herb we speak truth to today, it’s going to get really boring really fast.) Chamomile is also a well-known healer of other plants. Put a chamomile baby next to an ailing plant and watch them glow up right quick.

In terms of spookiness and spellcasting, chamomile is, predictably perhaps, best utilized for protection and purification. Chamomile-infused water makes for a killer homemade alternative to holy water in a pinch, and chamomile plants near your windows and doors keep the shadow people on the other side of the veil. Of course, drinking chamomile tea is also an excellent way to set your mind right for some transcendental wanderings into whatever dimensional plane of existence you prefer to venture into during your meditations.

Rue manifests its reality upon our southeastern soil with ease and grace, and is happy to grow here most months of the year, deep summer being an exception, not so much because of the heat as because of the wet. A token witchy herb, rue is probably the best known European cure-all for things both bodily and esoteric through the centuries. It is also used in a lot of Mediterranian dishes, though sparingly, as it is mildly (to moderately) toxic.

Rue is used to reduce menstrual pain and for regularity in menstrual cycles, as well as to reduce pain in general, for gastrointestinal discomfort, for weight control, and to ease anxiety. It’s also anti-fungal and great for circulation. Suffice to say for now rue really is great for the uterus in a lot of ways, so have at it.

Magically, it is an attractive-protectant, as they say in the industry. It protects from evil and draws positive and loving energy to the spellcaster/weedeater. At its worst-best, rue is totally a love potion herb. Please use responsibly.

Catnip is very hard to grow poorly. It is in the mint family, and mints are by-and-large hearty and unconquerable herbs. Grow it wherever, whenever, sun or relative shade, any season. If it dies it will die because a cat killed it, because that cat loved it too much to let it live in this sick sad world.

Catnip has medicinal properties for humans. It will not get you high. It will, however, help you sleep restfully and settle a quaking tummy.

Obviously this is the most magical plant of all, because cats are obsessed with it and it takes them into spaces between the void and the infinite-everything that you can never know. And obviously cats are already the most magical creatures out there even when they’re not tripping Schrödinger-style across time and space on some grade-A homegrown organic ‘nip. So, thin the veil, grow some catnip. It’s also great for forcing people to fall in love with you. Don’t do that.

It is not bananas. Bananas came after. This plantain came first. Derived from both Asia and Europe, it grows in the United States like a weed, between sidewalk cracks and under any conditions. It is probably the most cross-culturally pervasive medicinal herb out there, historically speaking. It grows everywhere and it does everything.

Plantain eases the pain of wounds, drops fevers, fights infections, regulates allergies, fights inflammation, and probably more. A poultice of leaves is used for external injuries, but the roots are the part of the plant best utilized to combat other ailments.

This one is a little wiggly on the magical front, but it still deserves a seat at the cauldron. It keeps snakes and jealous people away. It is a frequently-used component in the ol’ mojo bag if you’re of the regionally apropos  Vodou tradition. Intention placed upon a plantain leaf that is then intentionally set on the heart or belly button (or maybe both at the same time), is said to banish all manner of illness. Poof.

Known as a flower as much as anything, with its multicolored puffballs of tiny flowers, yarrow  is not in love with humidity or wet roots, but once established as a plant, it doesn’t mind growing in the humid heat of New Orleans. Ostensibly perennial, our wet summers may cut an unestablished yarrow plant’s life short. Best to plant these babies in early winter or early spring, so that they have time to prepare themselves for hard times.

Medicinally, yarrow is best known as a tool for the blood. It has been a mainstay in wars across time and continental body, used to stem the bleeding of wounds. Yarrow is also used to control heavy menstrual bleeding, to regulate blood pressure, for thrombosis and varicose veins, and to improve circulation. You know, blood stuff.

In the shadowverse, yarrow is primarily a divination herb, rubbed on the eyes or thrown with the coins or placed under the pillow to see what fortunes the future may hold. It can help bring you in touch with the spiritual world, capable of both casting evil spirits away or quite oppositely summoning Satan proper. It also summons bees and other pollinators to your garden.

This miniature compendium barely scratches the surface of the spooky powerful plants our climate can tolerate, that you may better blur the lines between dirt, sky, and the eternal infinite beyond within. Thusly, we will scratch harder in next month’s Dirt Nerd, opening wider and pressing deeper into the hole in the multiverse, so you may comfortably spread your umbral roots therein. The possibilities aren’t endless, but they sure are vast. 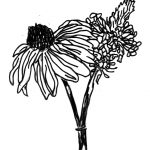