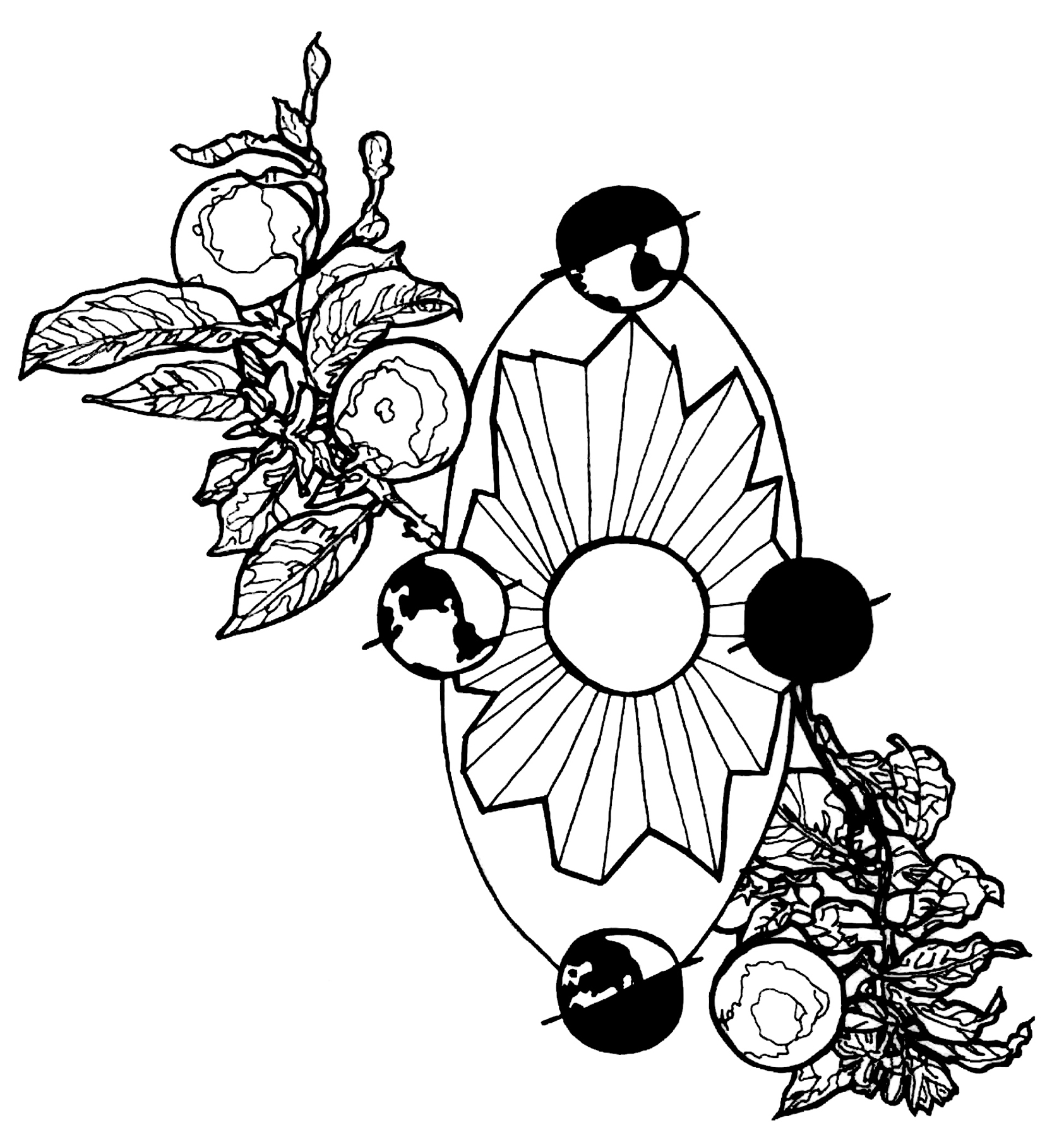 Still, we like what we like and we know what we know. And while our cultural reality and our climate is exceptionally unique to this place we call home, we like a lot of the same things our fellow Americans like, such as cat memes and fake news. It is also this way for vegetables. We enjoy growing carrots and tomatoes and lettuce and squash the same as everyone else. We have to do it differently from everyone else, though.

To a degree, everyone has to do it differently from everyone else, but there is a bizarre singular paradigm that reigns over the planting schedule of the United States, despite the fact that our country is loaded with innumerable ecological variations. In New Orleans, many folks adhere to this blanket notion of what should be planted and when throughout the U.S.—at least they do until they actually start growing food themselves.

It is not a perfect science because while our fall is akin to the early spring of a more temperate region, the days also get consistently shorter over this time, the shadows grow longer, and the photosynthesis prowess grows weaker. And yet, we are hit with days of hot weather the likes of which a spring in Milwaukee has never seen deep into October. Our humidity lightens up a bit—but again, the thick air of our autumn is not the fresh, newly-awakened air of a northerly land only just emerging from a snowy winter. Basically, very little of what we have to offer common herbs and vegetables is common to their inherited genetic experience, so we’ve got to work with what we’ve got, and we’ve got to do it on our own terms, rather than adhere to general rules made up by some agronomist in New England 50 years ago who’d never even heard of the greenhouse effect.

Now, in October, what that means is we are entering what I consider to be the absolute best time to grow a lot of that commonly-shared American heritage sort of food in and around New Orleans. While our options are slightly limited this time of year, we have fewer pests to deal with (by far), fewer weeds to deal with (by far), and enough sun to keep things popping while much of the rest of the United States is a barren winter wasteland fit only to grow the most Siberian of kales.

We are in the meantime able to grow every kind of kale and every other Brassica that has ever existed—and there are a lot of them, and there are more varieties of them being bred every season. This giant species of edible greenery includes, but is not even kind of limited to: kale, broccoli, cauliflower, mustard greens, rapini, kohlrabi, Brussels sprouts, pac choi (bok choy), choy sum, rutabaga, turnips, collards, and cabbage. All Brassica varieties are not born with the same climatic desires, but as a general rule, any of these babies can be started from seed anytime between September and January here, and many of them will keep growing and producing well into the spring and summer even. The bulk of your home garden probably ought to be Brassica through fall and winter, and that’s fine because there are so many of them to choose from. And honestly, the majority of vegetables that you buy at the grocery store and actually use on a regular basis probably belong to this killer squad chock full of soluble fibers and vitamin C.

September through January are also peak months to grow your non-Brassica greens, such as arugula, Swiss chard, lettuce, and sorrel. It’s too hot for most of these babies to do good work in the spring, at least it is by May. Lettuce goes to seed fast in even moderate heat, and insects make quick work of the others as they send out suicidal pheromones into the air begging to be devoured out of their personal hells on earth.

It is best to grow most legumes in warmer weather, but sweet peas—as in peas, plain old peas—as well as snow peas thrive in the moderately cool air of autumn here. Snap beans (or green beans) also do alright with cooler temperatures, but can be grown in spring and summer as well.

The autumn months are not necessarily the best time to plant eggplants, tomatoes, or peppers, but they are when you can expect peak production from those that you’ve already planted. Our summer heat encourages healthy growth in nightshades but makes fruit production very difficult for them. As soon as the temperature begins to taper off a bit, they will start blasting out fruits with gusto, and nary a beetle will be found to suck all the goodness and infuse disease into said foodstuffs. Also, of the three nightshades, tomatoes grow and produce the fastest, and as such, are actually pretty great to plant in the early fall, that is to say, no later than September.

While a lot of the aforementioned plants can be grown for at least parts of the spring and summer, trying to grow root vegetables outside of the cooler months of the year is a terrible idea. Given warm temperatures, radishes, carrots, beets, and the like will put all their energy into growing stalks to take in the sunlight, leaving thin roots that are lacking in sugars, which translates in alimentary terms to: skinny, bitter, soft food barely worth eating. That said, it almost never gets too cold for most root veggies around these parts; so from September through February you should seed root vegetables of all stripes with fervor, if that’s a thing you like to eat.

Finally, herbs. A lot of common herbs will grow throughout the year in New Orleans, but a lot of them will not establish themselves successfully if planted in the warmer months. Put another way, if you plant perennial herbs in the fall, they’re liable to last for years; if you plant perennial herbs in the spring or summer, they probably won’t last past the summer. Also, amongst the pantheon of common-ish kitchen herbs, cilantro, celery, and parsley are only meant to grow during the cooler seasons. You can push them through the hot months with a lot of love and care and attention and constant pruning and use, but realistically they don’t want to live in a world that gets hotter than 85 degrees or so.

Fall is now, and you have many months of easy growing ahead of you. Be the paradigm shift you want to see in the world because if you’re not, your garden will not grow the way you want it to. But should you adhere to the unique reality that inhabits this place you inhabit, you can casually grow a plethora of foodstuffs while breaking nary a sweat for months and months to come. Ride the tide, don’t fight the ocean. Get to it now, get to it in December, get to it whenever. Grow food.