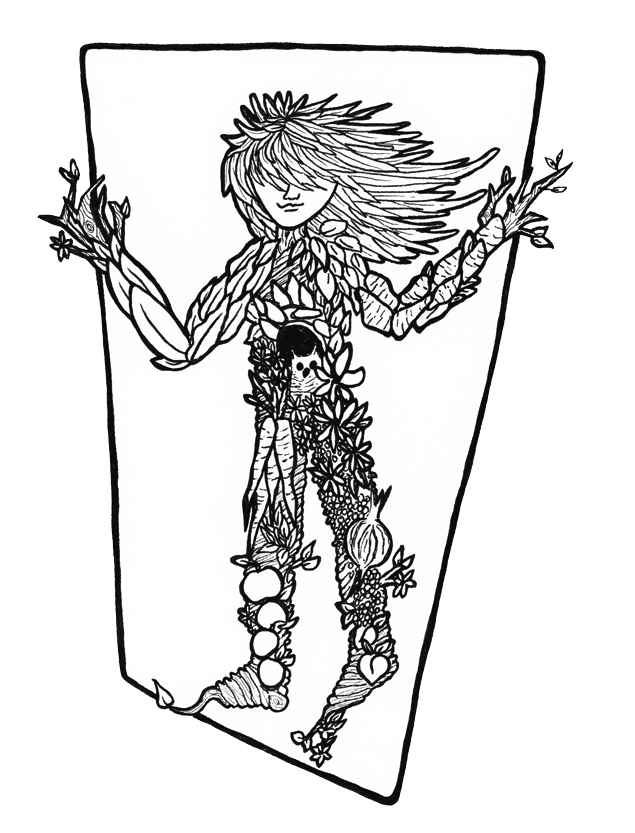 Plants deserve our respect. Without them we are nothing; we would literally not be here at all. They don’t deserve our respect in an abstract sense, wherein we see all life as one and speak to the trees when we’re on the right drugs, or find ourselves alone in a lush valley at the golden hour. That’s cool too, but what I mean is that we should be treating plants, especially food plants, to a reasonable quality of life from start to finish in their lifecycle as it exists within our food chain. We are still only about 30 years deep into a glacially-paced change regarding our respect toward animals within the industrial food complex, and I am all for giving our food the best quality of life before it makes its way to our mouths. But even as we are shifting towards more humane animal husbandry, technological evolution in the field of plant care is going in the opposite direction.

We are plenty hyped on ideas about organic farming, sustainable agriculture, permaculture, and the like, and we well should and better be. But there is equal hype around indoor warehouse farming and hydroponics, which I have an exceptionally hard time accepting as a savior to our near future food crises. I may come off as a luddite in saying so, but I prophesize a long game of doom and sadness if we come to depend on these new developments in agriculture as our saving grace.

A core reasoning for developing these new methods of food growing is that we are running out of space to grow food, and that by using these systems, we can grow a whole lot more using a lot less real estate. Fair enough. Truth told, I can’t argue with that, and I don’t have an alternative solution, not exactly. Somebody smarter than me needs to find a better way there.

A primary argument for vegetarianism also revolves around this very fact, as cattle consume 16 times what they produce in terms of calories. Thus, if we were to stop eating meat we’d have 16 times more grain to consume (more or less). I struggle with this argument though, because I believe cattle and other animals are a critical part of natural food growth cycles. Perhaps it is not incorporated within present industrial food complex machinations, but absolutely it is in traditional farming methods. If coupled with modern science and a mind toward sustainability, growing our meat and vegetable foods together could be a force for the net good of the Earth’s soil and overall ecological well-being. Nature, even without our input, relies as much on the waste of animals as on the sun to cycle nutrients to plants and create a planet that is livable by all.

So when it comes to making do with the space we have, hydroponics and warehouse farming can seem to indeed be the righteous path. But when it comes to sustainability, shepherding the Earth, and providing a reliable and renewable way for the human race to keep eating, warehouse vegetable farming sounds like a dystopian nightmare to me. These food factories rely on expensive, high energy artificial grow lights, extremely processed fertilizers that can’t be made outside a chemical lab (even if they are organic), a whole lot of plastic, and more and more, complex computer programming. That is to say, it is a process that is completely detached from all of nature’s ecological systems, and it requires continual inputs that cannot be created from non-renewable resources. Keep in mind that the creatures relying on human-made food ecosystems to survive go far beyond humans, from microbes to bees to birds and beyond.

Like the first green revolution, if hydroponic food factories of this nature start providing the bulk of our nutrition, it will look at first like humanity’s savior. But as time passes, the damage it does to our world’s ecosystem will be far more apparent, and far more reaching by a long shot than the scars left from the first world-feeding revolution.

There will never be a utopian food system. Something has to die in order that other things live, but better we kill happy plants and animals than breed sick and borderline nutritionless food in the name of science and progress, while completely draining our planet of oil and destroying ecosystems along the way. Also, if the artificial intelligence keeping our hydroponic farms in line develops autonomy  (or gets hacked), the future could be bleaker than any apocalypse Skynet could dream up. Evil robots in control of nuclear bombs are pretty scary, but robots in control of food is some next level horror.

And let’s not forget the poor factory-farmed plants themselves. New science abounds regarding the consciousness, feelings, and memory of plants. They have no central nervous system or senses that perceive the world in any way similar to the way we perceive it, but it is clear that they communicate with each other, that they care for their own and build communities, that they are aware of their surroundings to the extent that they can recognize different individual humans, that they are averse to pain and death, “vocally” so. They make intelligent and complex decisions based on their surroundings, develop novel strategies to cope with predators and changing weather… I could go on. This isn’t new age YouTube propaganda; this is hard, peer-reviewed, oft-repeated and ever-building science. Plants aren’t dummies.

Still, that in itself isn’t enough to stop me from eating vegetables, or even enough to stop me growing them. On the contrary, I am willing to perpetuate a state of never-ending violence against the plant world even if they turn out to be smarter than us. I don’t believe we can live off of air alone, but I do think we can grow food in a way that everything wins: food gets to live a full life, we are able to stay healthy individually and as a species, and the world’s natural resources aren’t used up once and for all in the name of food science. 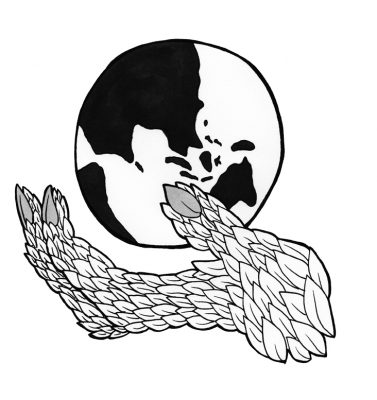 I believe that the only way we’re going to make it out of the next century alive is by growing our food in soil, in tune with nature and nature’s processes. I don’t mean Earth Goddess one with Gaia chatting with the wind spirits in tune with nature, but definitely Gaia hypothesis in tune with nature. Gaia hypothesis sees the Earth as a self-regulating and synergetic system that perpetuates conditions for life on the planet—with science. We need to grow our sustenance alongside and within nature, as opposed to growing it completely separated from any natural system while exploiting non-renewable resources, a fast track to a world void of green things, clean oxygen, and most of the world’s fauna. If we’re not careful, it won’t be long before we’re  eating cockroach-based energy bars, sipping sterilized oxygen out of straws, and watching the electric ghost of Sir David Attenborough wax poetic about the wild creatures of yore and their righteous place in the everlasting circle of life.