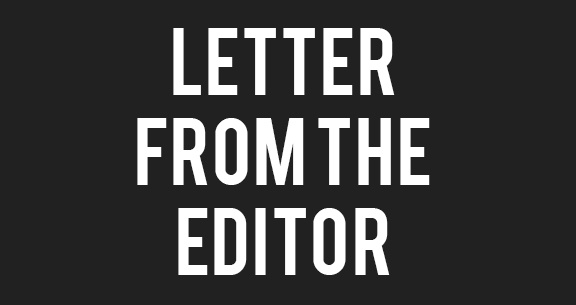 Imagine you’re waist-deep in the ocean, facing the horizon. The water seems calm enough, but in the distance you can see an imposing wave building momentum. You know that upon its imminent arrival, it will overtake you. But will it punch you gently, like an instant Swedish massage; or bowl you over, spin you in the undertow, and pull your bathing suit off, leaving you gasping for air and utterly exposed?

From this point in the year, I can see that Mardi Gras wave cresting and soon enough, Carnival season will come crashing down around us. As you can probably tell, age and dozens of previous Mardi Gras have made me regard this very special time of year with a lot of trepidation. We all know it’s a time of formidable chaos—which can be refreshing, adventurous, historic even! Of course, plenty can also go wrong, horribly wrong.

When I asked around the proverbial AG office for Mardi Gras horror stories, I was regaled with more than a few. So as is my annual custom, I will offer some Carnival season advice that borders on the obsessive-compulsive and is definitely somewhat of a buzz-kill—though I like to think of these tips as buzz-preserver-extenders.

Secure your costume for bicycle transit, lest your gears eat the loose parts and invite you into the Krewe of Concussion. Mardi Gras weather is not beach weather, but sunscreen is still your friend—something that’s easy to forget if you’re on a bunch of drugs. Speaking of drugs—and this may be considered unpopular advice—stick with what you know. It’s fun to think about doing something “a little extra,” but remember that parades and the French Quarter lack bathrooms, privacy, and personal space. Why give your body and brain an extra challenge? Keep a lot of herbal tea around. If you hear gunshots, get low, and hit the ground (better than being part of a panicked herd). Bring your own toilet paper. You will get stuck in supremely fucked traffic: accept it, practice some therapeutic breathing when it happens, put on ‘OZ, and party in your car. Stock your house as if you were going camping and a hurricane was coming: lots of water, proteins, first-aid, protection from the elements and STIs. Memorize a phone number you can call day or night to get you out of a jam.

Last, but perhaps most importantly—if you’re not feeling it, if the spirit has not moved you to enjoy the cacophony and discomfort of a Mardi Gras outing: call it. Yank that ripcord, say your “Irish Goodbye,” peace out, be nice and leave. Text anyone who needs to know where you went, and don’t think twice about ghosting.

Mardi Gras can take many forms: front and center on Canal Street, screaming your guts out for throws; watching the sun rise on the riverfront after a wild Lundi Gras all-nighter; or tucked into bed with the last of the king cake, roasting the Rex-Comus Ball on Twitter. With luck and a few healthy decisions, we may all be around this time next year to catch that wave again. —Dan Fox