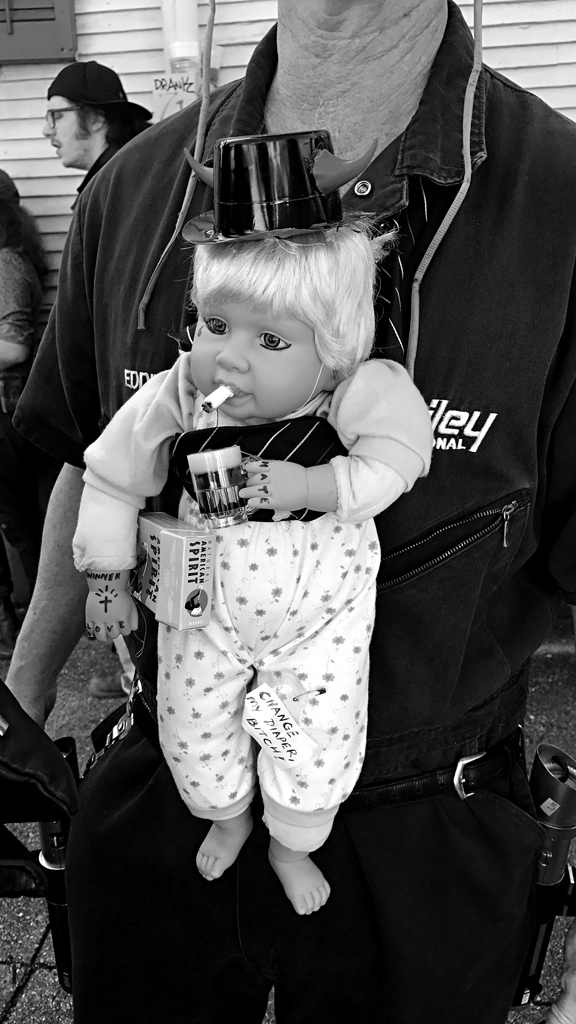 Do you remember what it’s like to be young? It’s a question worth asking regardless of age. If you’re 60, do you understand where the millennials are coming from? If you’re 16, are you too cool for your little siblings? I never understand people who “don’t like kids.” It’s as if they fancy themselves a special breed, one that emerged a fully-formed, enlightened adult from some kind of pod. Were you not—at some point—a crying, screaming, self-shitting mess?

I also think it’s odd the contempt every generation shows for the one following. The World War II class recoils at the Baby Boomers’ taste for Elvis and Hendrix; the Boomers are horrified by the Ramones and N.W.A.; Gen X mocks the BUKU lineup. It’s a hilarious cycle to observe over and over again, yet how many of us don’t see it? We’re also quick to scoff at younger generations, as if they are not a direct product of the one that preceded them. What, we’ve fed our babies video screens and sugar for decades now (not to mention destroying the environment and economy) and we’re surprised if they don’t exactly turn out to be self-reliant, healthy pillars of society? Where’s the example to follow?

I feel like one of the lucky ones, because I live close to my younger selves. They surround me like a group of invisible friends who are all excited about the same stuff. As I’ve written before, 14-year-old me is fucking stoked that he got to grow up and publish a magazine like this. We talk about it all the time. Not that I think this crew is all perfect or a bunch of little angels. I cringe at all of my past stupid, selfish, self-obsessed, flakey, confused behavior. I try to shout to my dudes through time, “Don’t worry, young Daniel. You will figure at least some of this out soon enough.” I also try to remember those times, when I’m confronted by some of that same behavior in today’s kids, and summon some patience that was often—if not always—afforded me.

That’s the thing: we’ve all been there. Why do some of us forget?

Youth is a funny thing. There’s a lot of power in being young, and yet it feels so powerless in the moment. It’s a wild and untamed energy that everyone from marketers to despots (and maybe even a few publishers here and there) try and harness. I take some solace in the fact that the fascists in power today seem to be overwhelmingly old and shall expire soon enough, hopefully taking their stale ideas and rotten philosophies with them. It’s also refreshing to see movements like those started by the survivors of the Marjory Stoneman Douglas High School shooting in Parkland, Florida. Those kids have had enough from “the olds.” This world is sorely in need of some new, fresh ideas. They’re clearly not going to come from a vast majority of the aging politicians—of all stripes—that we have now. I have hope in these kids, not only in Florida and everywhere else, but right here in New Orleans. I bet they’re going to figure things out real quick.

Well, enough rambling from this old gray-whiskered fool. I hope you enjoy this monster March issue. It’s quite the fountain of youth. Drink up!

Letter from the Editor Photo from Mardi Gras 2018 by Josh Burns;