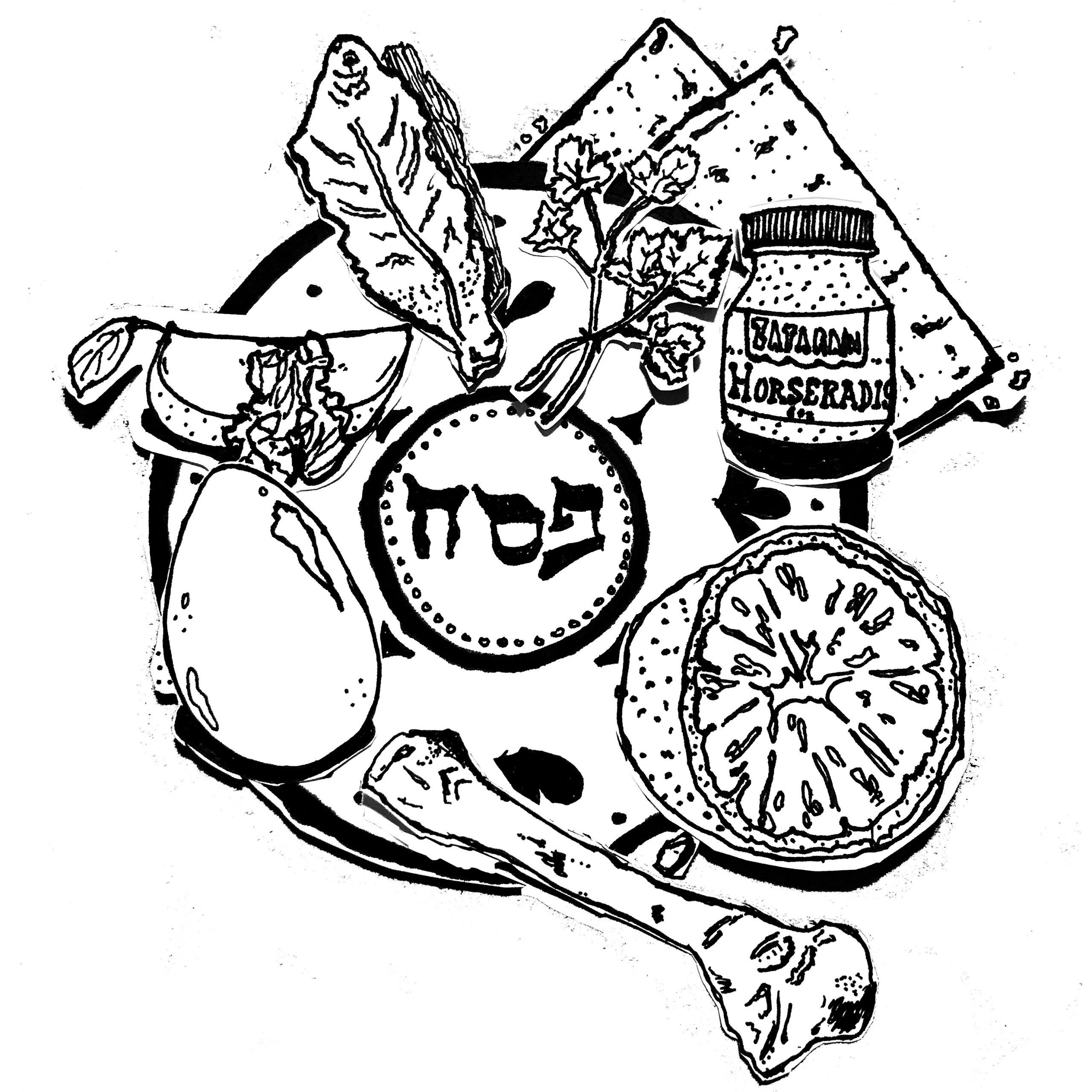 About this time of year is when my family would normally gather to have a Passover seder. Being New Orleans Jews, some of us would get into the wine early (before the proper blessings), and then commence speed-reading through the Haggadah (the special book which tells the story of the Jews’ enslavement, the plagues visited upon Egyptian households, and our eventual deliverance from bondage). We’d sing a couple of cringey show tunes appropriated to the holiday (“There’s No Seder Like Our Seder”), ask the four questions, and—finally!—arrive at a lovely meal of brisket, roasted veggies, and other specially-prepared, extra-kosher dishes, including a flourless chocolate cake. At some point, we’d open an outside door so the prophet Elijah could make his invisible cameo.

Of course, we’d also have a seder plate, which holds several symbolic items, such as a bitter herb (usually horseradish) to symbolize the suffering of enslavement, charoset (a lively combination of apple, walnuts, wine, and spices) symbolizing the mortar used to build the pyramids (usually eaten with a piece of matzah), and most peculiarly, a whole orange. This last addition was something my Aunt Ellie introduced to our family’s seder. Susannah Heschel, a professor of Jewish studies at Dartmouth College, introduced the orange in the early 1980s as a way to symbolize and address the erasure of LGBTQ Jews by their own culture. (The story goes that a man stood up during one of her lectures and declared that a woman on the bimah [pulpit] makes as much sense as an orange on a seder plate, but that may be apocryphal.)

I always appreciated this small gesture. Not only does it address Judaism’s historical marginalization of women, LGBTQ people, and basically anyone who’s not a man, it also demonstrates that while we can take comfort in rituals that stretch back thousands of years, we are not blindly beholden to them.

Dear readers, whatever your religious practice or belief, it’s time for us all to put oranges on our seder plates. This historic pandemic we all face now—as one planet, one people—forces us to challenge basic assumptions about our way of life. This is a time where it feels like things that mattered greatly suddenly matter not at all; while trivial things (toilet paper, a handshake) matter a great deal.

A lot of us in New Orleans are feeling echoes of Katrina, as if an old, respected nemesis had suddenly returned. And while the two events have distinct differences, they are quite alike in fundamental ways: both are humbling forces of nature (one very large, one very small) turned into disasters by institutional neglect, and both will change us forever. There will be a time “before” COVID-19 and a time after. Will we take this opportunity to change for the better? Will we start respecting each other’s personal body space more? Will we upgrade our daily hygiene as a means of protecting everyone during “normal” times? Will we realize that we’re only as healthy as the sickest among us? Will we find housing for the unhoused, many of whom already lived in pandemic-like conditions? Will public transportation finally be free? Will we empty the jails?

As you can tell, ANTIGRAVITY has had to make some very fast changes this month. If you’re lucky enough to hold a print copy, you’ll notice we had to shrink down from our glorious tabloid size. Some of you may appreciate the irony that this is merely a return to our original, pre-Katrina format. Can we call it ANTIGRAVITY “classic”? For your Editor-in-Chief, this is a time of much bittersweetness—much like the herbs and charoset of a seder plate—as I mourn the economic and existential calamities of our advertisers and our contributors (some of whom are sick right now, a few even testing positive for COVID-19). But I am also finding great solace, strength, and inspiration in the template set by Leo McGovern, AG’s original publisher, way back in 2004. AG had a great first year, before Katrina changed everything forever. And despite losing all of his possessions, including the original AG archive (he had a ground floor apartment in Mid-City), Leo somehow kept this little magazine afloat, improvising and problem-solving every step of the way. That time fused AG to my soul, as our mission to document the artists and issues facing New Orleans—in a way no other media outlet could or would—became crystal clear to me in those end-of-days days. This little magazine has persevered through some tough times, and thanks to a dedicated, fanatic collective of contributors, we will continue to be here for New Orleans, as best we’re able.

Passover seders always end the same way, when those gathered proclaim to each other, “Next year in Jerusalem.” That salutation is meant to convey that eventually we will all be reunited, together, liberated, in a place we can safely call home. Now, I’ve never been to Jerusalem (and it’s not high on my bucket list), so that phrase always landed a little flat for me. But as I mourn one of the casualties of this current pandemic—what was to be ANTIGRAVITY’s first annual NOPE (New Orleans Print Expo)—I will dream of a future where we can see each other again, in our element, sharing each other’s stories, and simply say to you all, “Next year, at the library.”

We’ll get there, New Orleans. Stay safe, and stay tuned. For as long as possible, your ANTIGRAVITY remains, in some form or fashion, “on the air.” 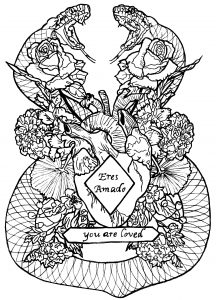