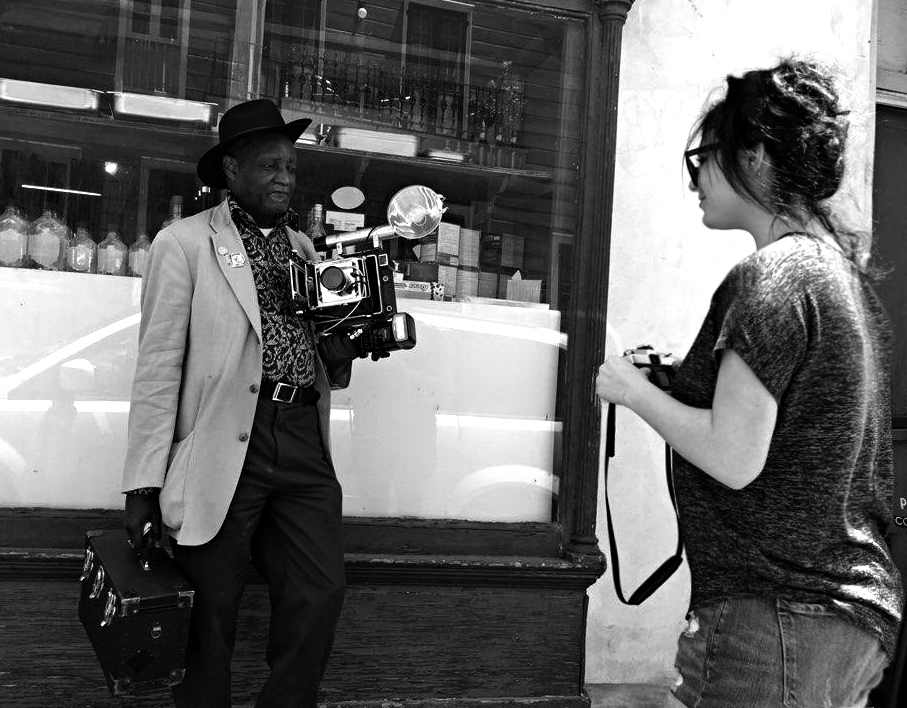 Last month I was out on one of the ANTIGRAVITY distro routes when I had the rare thrill of running into Louis Mendes. Mendes is a New York-based photographer who is known for taking street portraits on a jumbo-sized Speed Graphic camera and Fuji FP-100 peel-apart instant film (a filmstock now sadly discontinued). I saw him walking down Ursulines Street, so I pulled the van over to see if he’d entertain a quick chat and of course, a photo. He immediately went to talking shop, explaining how he sells his portraits, and I knew right away he was entertaining this conversation for a price. I was OK with it. I was happy to offer $20 to support such a great icon of photography. Mendes’ approach is a bit antiquated in the current era of photography. He shoots on a discontinued (expensive) film stock, on a camera that by any standard is heavy and hard to maneuver, and expects people who (outside of the photo community) probably don’t know him at all to pay money for a picture. In a world where pictures are usually free, this is a hard sell, to say the least. It’s also worth mentioning that Mendes doesn’t really keep an archive of his own work. Because of the medium he works in, he delivers a print on the spot in a single, signed cardboard frame. Our encounter lasted about 15 minutes. He talked about his trip to New Orleans and how he was in town to capture portraits during Essence Fest. I asked him if I could take his portrait. He said “OK, but you only get one shot.” Luckily, I had my trusty Minolta 35mm with me that day. As I adjusted my exposure, he asked, “You sure you did that right? What’s your settings?” I told him what I had dialed in and he gave me the green light to snap. 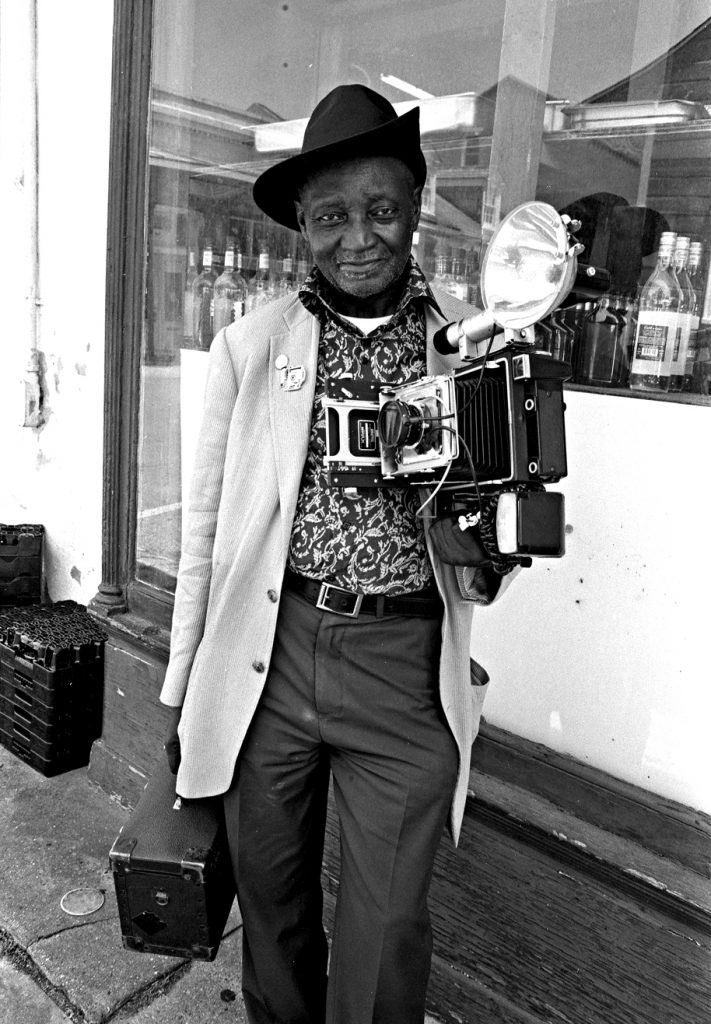 It was a bit of a cosmic interaction running into Mendes that day, as I have dedicated the last few months to photo-related studies. I’ve delved into all of my old photo books, unearthed school assignments, taken a few workshops, watched documentaries on the photographers I love, and even revisited some of my old work. The journey has been inspiring, to say the least. It has invigorated me to rethink my approach and given me permission to not be so hard on myself for things I still haven’t managed to check off my career to-do list. It is encouraging to know that some of the industry’s giants have faced the same uncertainties and criticisms throughout their own careers. Sally Mann was rejected by multiple galleries for her series “What Remains” even after obtaining worldwide acclaim for “Immediate Family.” They refused to entertain her series on death and decay because they didn’t think anyone would want to buy the prints. Even Annie Leibovitz, one of the most gifted photographers alive, has encountered her fair share of obstacles and criticisms. She has been called a sellout for some of her work with Vanity Fair. Her Masterclass got terrible reviews by an industry that only ever wants to discuss camera gear. Ironically, her photo book, A Photographer’s Life, is the single most inspiring book to my life and career. Her tremendous catalogue of personal reportage is stunning and I relate to her approach to personal and paid work. I highly recommend this book for any photographer teetering between the commercial and fine art worlds.

For today’s photographers, the digital age has brought about its own set of obstacles. The lack of staffed positions, overly-saturated market, declining sales, and the ever-changing technology have all led to an “every photographer for themselves” mentality. To me, this is the biggest downfall our industry is facing. I know personally that not working closely with creative directors and editors can leave photographers feeling alone and confused. They have no one to bounce ideas off of, get feedback from, or be critiqued by. They post photos to Instagram and misinterpret likes and followers as success. Could that eventually translate into paid work? Maybe, but most likely nothing sustainable.

If I had to offer up any advice, it would be to ask for a lifeline. Reach out to your industry peers or find a photo editor to talk things over with. Don’t look to your friends and family for this. They will tell you what you want to hear rather than what you need to hear. Maybe you are thinking you don’t need any advice. Maybe you are bringing in a good living wage but suffering with personal work. Everyone hits a wall at some point, so use every resource at your disposal. Make photography your world, consume as much information as you can, assist someone you look up to, be prolific, and by all measures, don’t focus too much on the gear! Fun fact: Daidō Moriyama shot his entire career on a point-and-shoot 35mm camera.

The photographers we’ve chosen to feature in this year’s 6th annual Photo Issue reflect every stage of the photo spectrum. Some are early into their careers while others are decades deep. They made it to these pages because they all hold one common thread: they are out there pushing themselves, setting the tone for growth and prosperity. I have no doubt they will all see long, successful careers. I hope you are as inspired as I am.