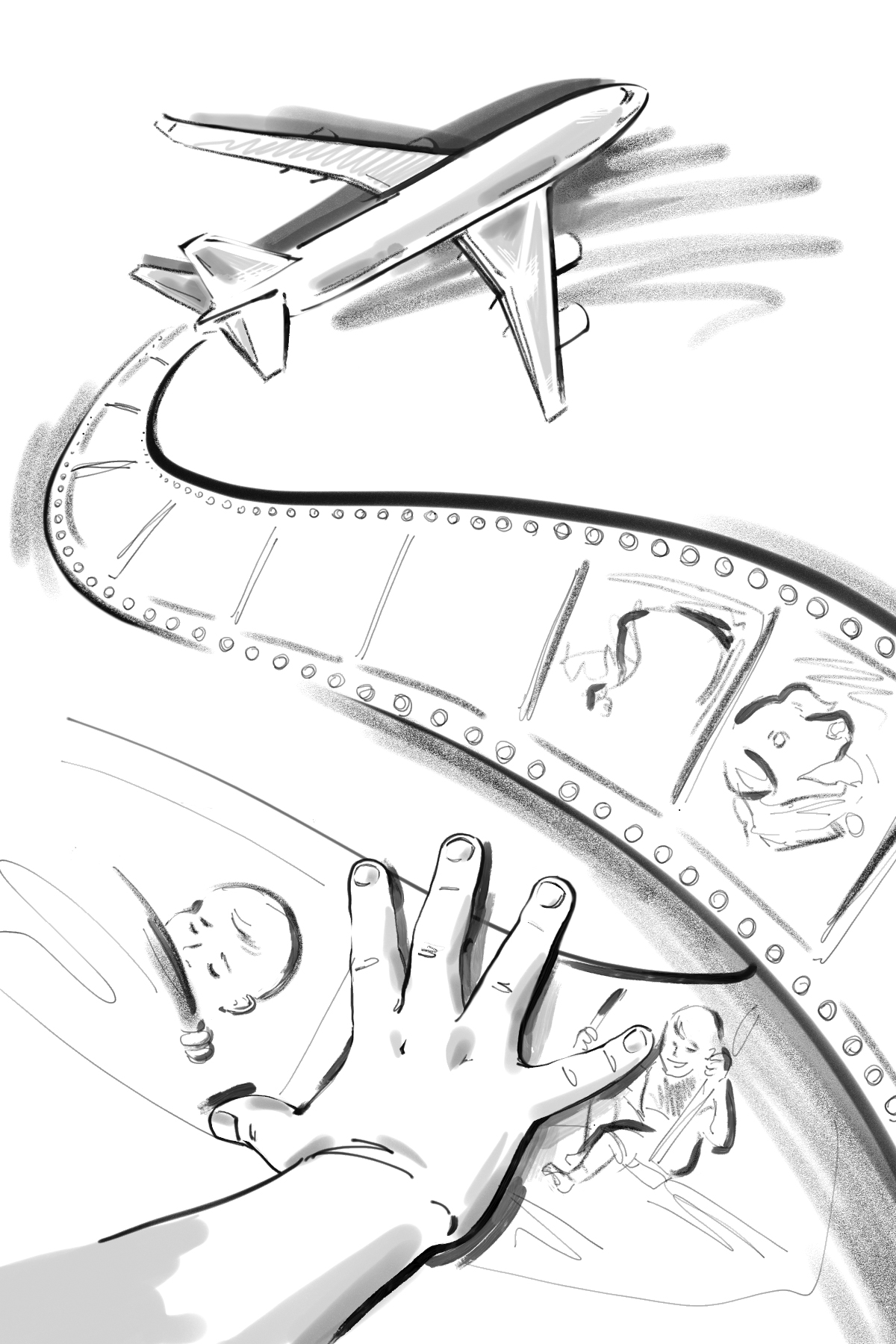 Jessica Arnold moved to New Orleans in 1999 to attend Tulane and quickly realized that she had found her home. She met her husband Zev at Funky 544 on Bourbon Street just before Tinder went mainstream. They live in a chaotic, joy-filled house in Mid-City with their three feral children, huge dog, and resentful cat. Jessica collects university degrees, side hustles, and half-finished craft projects.

I’ve searched for the right descriptive term to set this scene, and the closest I can come up with is “Ominous Perfection.” You know it. It’s that film trope where the world is almost hyper-perfect just before disaster strikes. Kids on swings in slow motion. Birdsong. Bucolic scenes of tranquil, unrealistic domesticity. These are the scenes designed to be followed by darkening skies of the alien invasion, the rumbling of earthquakes, the screech of tires. Hold on to that picture.

It’s Sunday night and we’ve put the kids to bed and curled up on the couch to watch something. It’s The Orville. Since having kids, I’m not much for television that requires any true intellectual effort on my part, and this is the Applebee’s of entertainment—just something that’s approachable, easy, predictable. Good guys win, bad guys lose; it’s never-ending breadsticks.

We take turns dozing off towards the end of the program, but it doesn’t matter. We’re just soaking up time. Over-steeping like the teabags growing cold in the mugs beside us. Enough contact to last us the next four “sleeps”—the length of time we’ll be apart again this week.

My oldest son was the one who started measuring time in “sleeps” rather than days, the latter seeming to vary too much in length. Sleeps were an interval he could really understand. How many times will I go to sleep and wake up before “x” happens? He tapped into something, though, without meaning to—like kids sometimes do. Sleeps. It’s the part that’s hard for MaMa too when Dad’s away. How many sleeps will you be gone this time, DaDa? Four sleeps, kiddo. Just four this time. Four is an eternity sometimes.

My husband is a technology consultant. For the past several years, he has flown to Houston (sometimes other locations, but mostly Houston) at stupid o’clock in the morning on Monday and worked crazy long days until Thursday, when he comes home, usually super late. He generally works from home on Friday, except when work keeps him in Houston or when his flight gets delayed or canceled. Plans are always in flux. We never make promises of schedules to the kids. Sometimes he needs to leave earlier than planned on Sunday night, but he always tries to be home for Friday night Shabbat family dinner. Suffice it to say, most weeks he is gone three, four, or five sleeps.

This is an arrangement we chose, so don’t pity me or be angry at him. No one forced me to stay in New Orleans while he works in Houston. We don’t live in Houston for several reasons: 1) I really love New Orleans and so does he; 2) I have a really solid and reliable network of friends here that took me 20 years to build and I’m not about to leave that; 3) I really dislike Houston and how much it isn’t New Orleans; 4) Traffic in Houston makes me want to overthrow the government; 5) There’s no guarantee his work will stay in Houston, so if we moved he may still be traveling; 6) My in-laws live in Houston and we get along great, but I worry that relationship would strain under such regular contact; and lastly and probably most importantly; 7) This arrangement actually works really well for us.

I get the benefits of marriage and single life without the downsides of either. Friday through the weekend I’m part of a couple. We spoon in bed in the mornings until the kids wake up and climb on top of us. He makes coffee. I make pancakes. We play board games with the kids. He takes them to the park and religious school at our synagogue. We make family dinners and he jogs with the dog. The charming perfection is verging on unreal (See Ominous Perfection above). Then the other days of the week I’m on my own. I can clean up the house—or not—as I see fit. I can wear yoga pants and sleep with the light on. I can eat cereal and Halloween candy for dinner.

The reality is that my ability to put on the June Cleaver cosplay has a shelf life of about three days. After that, I feel somewhat suffocated. I need space to be left alone. I’m sure lots of other couples find ways to be alone and together in the same house, but for us it’s a lot easier if we’re just physically apart. The same is true for him in many ways. He’s a workaholic and loves his job. During the week, he frequently works until nine or ten at night. If he were working such long hours when he could be home with me and the kids, I’d be perpetually irritated by his absence. Since he’s not here anyway, he can work as late or as early as he likes. When he’s home for the weekend, he focuses completely on connecting with his family.

My son is five. His younger sister is three, and the baby girl will reach a year as this issue hits stands. I’m blessed with three healthy, vibrant, somewhat untamed children. They’re loud and curious and strong. They leave socks everywhere. My son is obsessed with strategy games—The Settlers of Catan, Risk, chess. He’s very much his father. He’s dramatic and emotional and performative… so he’s also very much his mother. Our middle daughter, despite our best attempts at gender-neutral parenting, is all unicorns, mermaids, babydolls, and pink sparkles. She will tell you, “I can do it my own self,” about anything. If you ask her to perform a task, she replies every time with, “Of course I can!” to remind us that her competence is to be assumed. The baby is pure giggles. She pulls herself to stand triumphantly in feeble attempts to keep up with her siblings. They drag her around the house like a rag doll. She’s tough (out of necessity), but it’s clear she’s also curious and determined. Her strawberry hair and round dimpled cheeks frame her perpetual smile.

Sadly, I’m the only one who gets to enjoy this the majority of the time. I watch them slowly develop day after day, practicing a new skill over and over until they can do it on their own. My husband knows his children only in punctuated equilibrium. Every week he comes home to a new family and a new list of, “Wait, when did they start doing that?” All of a sudden, the baby can stand. All of a sudden, the kids can buckle their own car seats. It’s statistically likely he’ll miss our youngest daughter’s first steps. He won’t be able to coach baseball or be a Scout leader. He won’t chaperone many dances or field trips. These milestones will be shared via text and FaceTime. This life isn’t for the sentimental.

A few weeks ago, my husband’s contract ended and he found himself “on the bench,” meaning he’s still employed by his consulting company but needs to find a new project to work on. With no client footing the bill for his travel, he’s working from home. He’s suffering the interruptions that come with three small children, a large dog, and a wife who still goes into “soaking up time” mode as though he’s about to walk out the door any minute. It had been years of Houston nearly every week. Now it might change, and with it we have to adjust as well. At the time of this writing, he has been home a little over two weeks. In that time, he has stood between me and the refrigerator no less than 273 times by my estimate. We’ve gone through so many plates… I often just throw handheld food at the kids, but he insists on giving them a plate every time. Every time! He puts their clothes in the laundry after a single wearing. I can’t keep up with his level of correct domestic care. All of the corners that I had cut to keep the week easier without him around are now back and sharp and… seriously, who uses a plate for a granola bar?!

But I’m also finding that I don’t need the corners cut anymore. He’s here to help. He does the dishes. He reads stories. He makes the kids dinner. He cleans. He’s always been the tidy one, but now he’s around and the extra set of hands is kind of amazing. He does bedtime. It’s bringing into focus part of what we’ve been missing and I’m vacillating between missing my alone time and so deeply enjoying having him here—even if it means more dishes.

At this moment I’m basking in the possibility, though likely temporary, of having a more traditional set up. This is the closest we get to being a “normal couple” but we’ve been so far from that for so long I’m not sure what it means. Tomorrow he may find out that he’s back on a contract in Houston and the rolling luggage gets pulled down from the closet again. Or he could end up on a contract here, and then it’s finding a new way to balance who we are and how we work as a couple, as parents, and as a family.  I’ll do more dishes and my feral kids may yet learn to use plates like their civilized father. The birdsong hasn’t cut yet to silence. The aliens haven’t arrived. The baby is napping, the big kids are outside on their swings, and my husband is pouring his third cup of coffee before signing in to his next conference call. Maybe this just isn’t one of those movies. 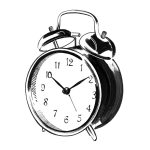