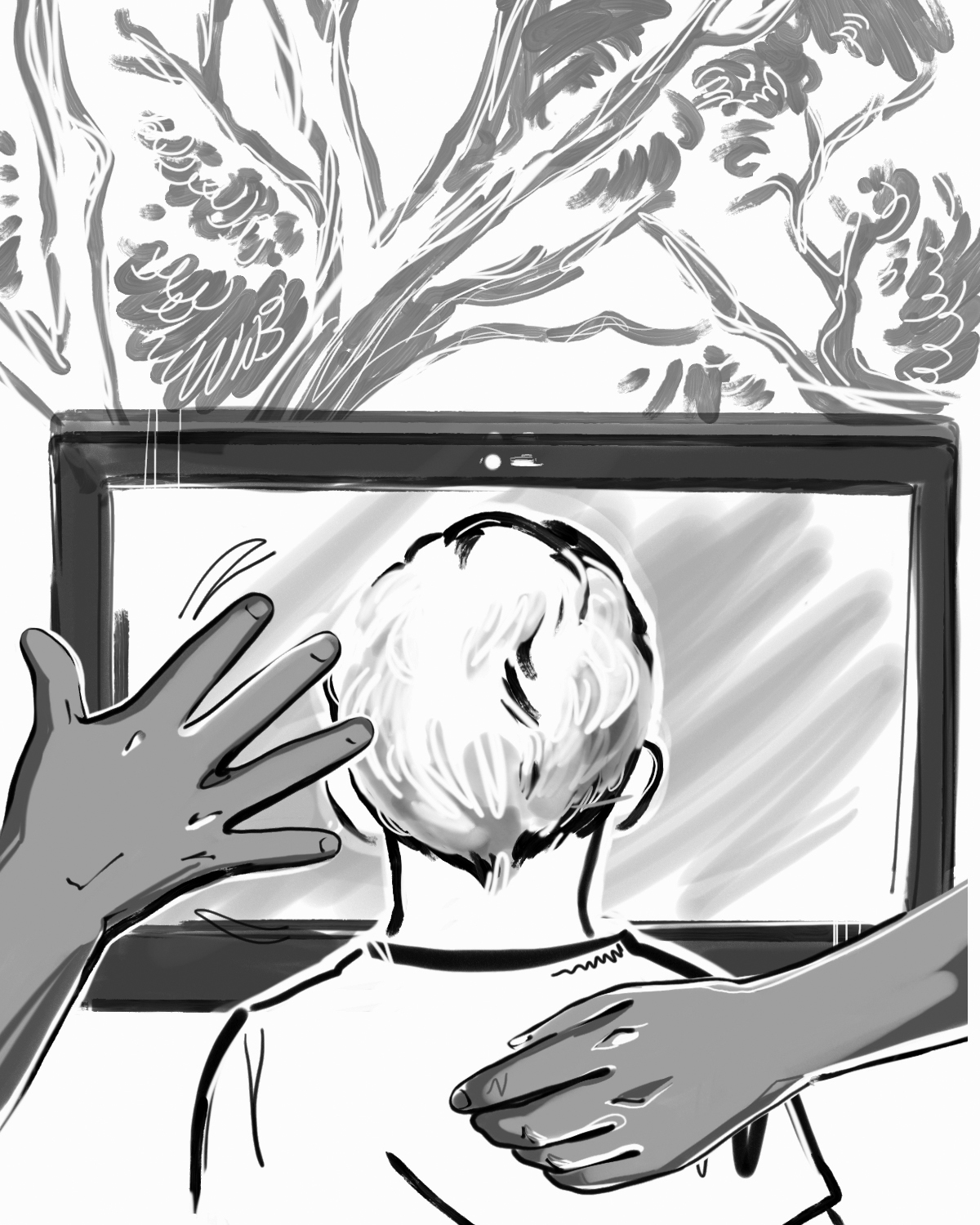 It’s Monday night. Jack, my five-year-old son, is on the trampoline in our small backyard, playing a complicated game of catch with my partner, Alex. The game is supposed to be over when a player gets 10 (or 20 or 30) points or when the ball goes into our neighbor’s yard more than three times. I’m in the kitchen trying to pull dinner together when my phone lights up. It’s Jack’s father, who lives in Texas, and our evening suddenly shifts.

I stop making dinner and take the phone to Jack, who takes the phone onto the trampoline, or goes inside to sit at the table, or goes into his room to talk to his father. I follow Jack around with the phone playing amateur cameraman, or I prop it up in a place where Jack’s father can see him without my constant supervision. Alex melts into the background and does his best to stay out of the frame.

Sometimes his father will read him a story. Sometimes Jack will show him his toys. While playing cameraman, I encourage Jack to talk about the main things that are going on in his life: “Tell him about how you lost your tooth,” or “Tell him about the Pumpkin Patch.” I try to make sure his father knows these milestones, because he only sees Jack during these twice-weekly phone calls.

Jack’s father will encourage his good behavior or back me up if Jack is having a hard time. If Jack is especially disengaged, Alex or I will try to get him to pay attention to his father during the call. After some time, the call will end, and our evening goes on the same way it does every other night of the week. Alex draws Jack a lukewarm bath (because anything hotter than room temperature is “too hot!”). Jack bathes and brushes his teeth and gets his bear, Indigo. I read him at least one book, then we all say prayers and talk about our days.

Co-parenting is two or more adults sharing responsibility to ensure that the child gets the best life possible by working together in relative harmony. These co-parents can be moms, dads, stepparents, grandparents, aunts, uncles, or family friends. Technically, anything besides single parenting is co-parenting, but no one thinks of it that way. When we think of co-parenting, we think of parenting done by people who live in different houses, usually because of a break-up, who must work together to raise a child or children.

My co-parenting situation is a combination of luck, hard work, and professional training. I have sole custody of Jack, and his father lives out of state. We touch base occasionally about major things like birthday or Christmas presents, but otherwise his father defers to my judgement. Jack has not seen his father in person in almost two years.

The rest of the week, I co-parent with Alex, who I refer to as my partner, or husband, depending on the audience. Jack refers to him as Dad, Daddy, or sometimes “Dadanoo” (which we are trying to discourage). Alex loves being a dad. He and Jack play catch and make art. He teaches Jack how to care for animals and makes sure he is accountable for his actions at home and school. He makes lunches that are way less healthy and way more fun than the ones I make.

Since his schedule is more flexible than mine, he is the one to drop off forgotten water bottles, nap mats, checks, and snacks. He’s the one who reminds Jack how lucky he is to have me for a mother when I do things like make Jack eat fruits and vegetables. I remind Jack how lucky we are to have Alex, because Jack doesn’t remember what things were like before. I do.

Even though we started out well enough, Jack’s father and I were not meant to last. We got married in the summer of 2014 and the shock of the perceived responsibility took a toll on Jack’s father. We also have very different beliefs that only became apparent during the 2016 election cycle, in addition to a treatment-resistant substance abuse problem. Before Jack’s father and I separated, we spent a great deal of time avoiding each other. On his father’s days off, I would find public places for Jack and I to hang out for long periods of time. Jack and I spent a lot of time in parks and libraries because we were not able to be at home when his father was around. When Jack’s father and I separated, he refused to leave our shared house, so Jack and I lived with generous friends for six months.

When Jack and I moved back into our house, I was a single mother with sole custody and sole responsibility. It was lonely and exhausting in a way that I cannot really adequately describe now that it’s over. I tried and failed to sell my house. I had trouble managing all the bills on my own, so I took on private patients and taught a university class in addition to my full-time job as an agency therapist. This was on top of managing a household and a small child by myself. I had no family in the area and while Jack’s father’s family offered help, they rarely came through. I was quickly burning out at work under the strain and it was reflected in the quality of care I provided to myself, my patients, and my son.

Things began to turn around in the spring the year after I left Jack’s father. I got a better job and was able to close my private practice. I got used to the new rhythm of our lives and took the house off the market. I also started dating an old friend, Alex. Alex had always wanted children, and him returning to my life when he did was an answered prayer.

It’s Wednesday night. Alex, Jack, and I are on the couch eating pizza and watching a Marvel movie. The time Jack’s father is supposed to call comes and goes—he’s not able to call tonight because of work. In River Ridge, our night continues as any other. We hang out on the couch and finish the movie just in time for bath, prayers, and bed. Jack tells Alex, “you’re my best pal, Daddy.”

It makes some of my family members uncomfortable that Jack calls Alex “Daddy,” because he and Jack are not blood relatives. They believe that Jack’s father is somehow being cheated because I am not giving him infinite time to decide if he wants to be in Jack’s life or not. My family lives out of state, and so are not aware of the day-do-day issues I deal with. They are as helpful as they can be, but they cannot rise to daily challenges. They don’t see how quickly Jack is growing and how much he’s benefited from having Alex in his life.

I believe that there is a difference between a biological father and a daddy. Father is a hereditary title, while daddy is a job description. A father contributes to you genetically. A daddy helps you grow. For many kids, their father and daddy are the same person, but that isn’t the case for all children, and it isn’t the case for Jack. Simply put, Jack would not have the same quality of life without Alex. 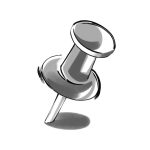