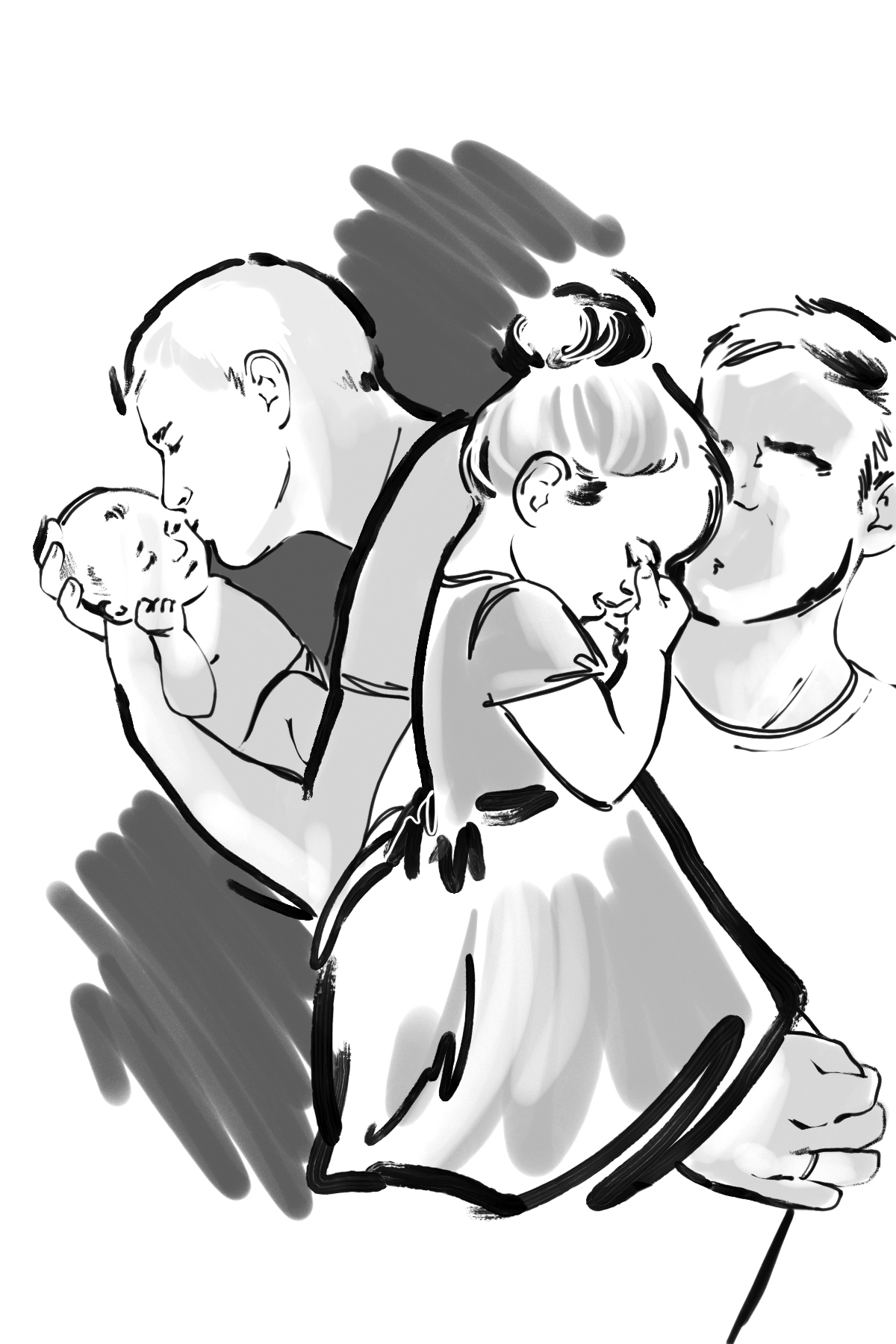 Erik Alexander is a parenting blogger whose focus is LGBTQ families. He is a stay-at-home papa to two independent, sassy little girls, ages four and two. He came to New Orleans 20 years ago by way of south Mississippi. He met his husband Douglas in 2006. He created his blog, Nolapapa.com, to help give other aspiring parents in the LGBTQ community hope and insight on parenting and personal growth.

People often ask me if I always wanted kids. The thing is, I grew up in a rural area in southern Mississippi. As a result, I repressed several parts of my identity to the point that I didn’t even know who I truly was for many years. All I knew was that I always felt like I didn’t belong. I secretly came to grips with being gay in my mid-to-late teens, about 20 years ago.

However, I thought if I came out while in Mississippi, I would be absolutely miserable. So I hightailed it to New Orleans as soon as I graduated high school. My mind was blown by the melting pot of lifestyles and cultures. Like many people, when I got to New Orleans something clicked; I knew in those first few moments this was where I was meant to be.

As all its residents can attest to, this city can be your best friend or your worst enemy. She can open stardust-covered doors revealing every dream you’ve ever had, or she can chew you up and spit you out into the dirtiest gutter of Bourbon Street.

As it would turn out, New Orleans presented me with my own stardust-covered door during the sweltering post-Katrina summer of 2006. At the time, I was working at Bourbon Pub. One night, I walked into the office to grab a clipboard and there he was, sitting at a desk filling out new-hire paperwork. When our eyes met, it was like time had stopped.

To this day, when I recall that moment, I can still hear the bass from the music that was playing on the dance floor. I can still smell the stale cigarette smoke of the office. Our eyes were locked and we both knew at that very moment what love at first sight felt like. In 2014, Douglas proposed to me on a cold December night on the foggy bank of the Mississippi River.

Something happened when he opened the little box. It was almost like the universe could hear it open, because just a few months later, the Supreme Court legalized gay marriage. We were the first gay couple to be wed in Jackson Square, and one of the first to be wed in Louisiana. New Orleans could feel our heartbeat and hear our jubilation; she saw the path we were on and she knew exactly what our hearts desired—a family.

Our first serious talks about starting a family began in the spring of 2015. The adoption agencies we reached out to all said the same thing: it would take anywhere between five to seven years for us to match. We were shocked at the estimated amount of time. To say we were clueless would be an understatement. The process of adoption is much larger, more complicated, and more emotional than we ever could have imagined.

There was one particular agency on the West Coast that we really vibed with. In fact, we were set to fly there for an intake, orientation meeting, and to create our portfolio when we received a message from our sweet neighbor. She had recently worked with a gay man who had adopted a little girl, and she gave us his email address so we could reach out to him about the process.

He responded out of the blue, and said his adoption attorney was looking for a potential home for a newborn. And not just any home, but the home of a gay couple specifically. We were in shock! Once again, New Orleans had heard our hearts’ desire. Those early days were a whirlwind of emotions. As it played out, our five- to seven-year wait shrunk to a mere three-and-a-half weeks. Yes, weeks!

All of a sudden, we were thrust into making life-changing decisions at an incredibly rapid pace. The year 2015 was huge for us. We welcomed our newborn daughter home on December 3. The life we dreamed of had become a reality. As our tiny moonbeam grew and time went by, we knew our story wasn’t finished being written. We wanted to continue to grow our family. And so began our search.

We knew our first adoption process was incredibly rare. Three weeks is unheard of, normally. We began again, knowing anything could happen. And that proved to be true. This time we had lots of dashed hopes and failed attempts. But after about four months, we matched with our second birth mother. (Four months is also not long to wait, I must add.) In May of 2017, our second daughter was born. We welcomed her home and we began our lives as a family of four.

Life has a funny way of shaking you until you snap out of the childish games you’ve always played. For me, it happened as soon as my heart knew I could handle being a dad. That was when New Orleans came through again, saying, “You want this life? Prove it.” I try to prove it more and more every single day.

My heart skips a beat every time they run into my arms when I pick them up from school. It melts every night at bedtime when they squeeze my neck until my head almost pops off and they tell me, “I love you, papa. To the moon and back.” Those moments allow me to become a better man. As hard as some days are, it’s those moments I can count on to make it all worthwhile.

As time ticks by, one set of learning curves transforms into new ones. In the beginning, after we brought our oldest daughter home we dealt with learning how to nurture a premature baby. All the things we read and were told about babies were suddenly tossed out the window as we quickly learned that dealing with a preemie was a horse of a different color.

From feeding schedules to tummy troubles, there were gigantic hurdles my husband and I had to overcome as we became parents. But as the days grew, so did our confidence. And as cliche as it might sound, time really does pass like the wind.

So here we are today, preparing to enter the long, scary, unfamiliar tunnel of navigating the school enrollment process for our oldest. The school admittance process in New Orleans is the strangest I have ever encountered. Where I’m from, you simply go to the school your home address is zoned for.

Here, because the public school system is entirely charter-based, we use the now-infamous OneApp program. For those not familiar with it, you fill out an application and rank the schools you would like your child to attend. Things are run largely by lottery, but there are a few other variables that make it even harder to get your kid a spot at the school of your choice.

After those things are considered, the remaining slots are filled by lottery. Say for example that a school had eight spots open in a certain grade for the new year. Three spots were given to children in the zoning area of the district. Three spots were given to siblings of current students. Now only two spots can go to the lottery winners. There are 115 applicants for those two spots.

If you do not win one of those remaining two spots, you’re bumped to the next school on your list. You go through this process over and over until you match with a school. It’s incredibly frustrating, and some parents don’t match with ANY of the schools on their list.

The whole process has left me with such a deflated spirit, not to mention a salty taste in my mouth. It just feels so backwards. We applied to four different schools via the OneApp and we find out our results in mid-March. If we do not get into any of them, we must look to private schools.

Unfortunately, the tuition for most of those could purchase a small luxury jet by the time the girls are in high school. The advantage to those schools, however, is that the class sizes are usually small and the student-to-teacher ratio is much more conducive to an intimate learning environment.

Like everything else we’ve gone through so far as parents, we’re learning as we go. And it’s all helping us get smarter, more confident, and more resilient. I’m not sure where we’ll end up for school, but at the end of the day, I’m trusting that the city we love will continue guiding us and that we’ll find the place we’re meant to be. 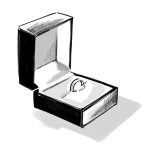