By our faithful readership March 2016 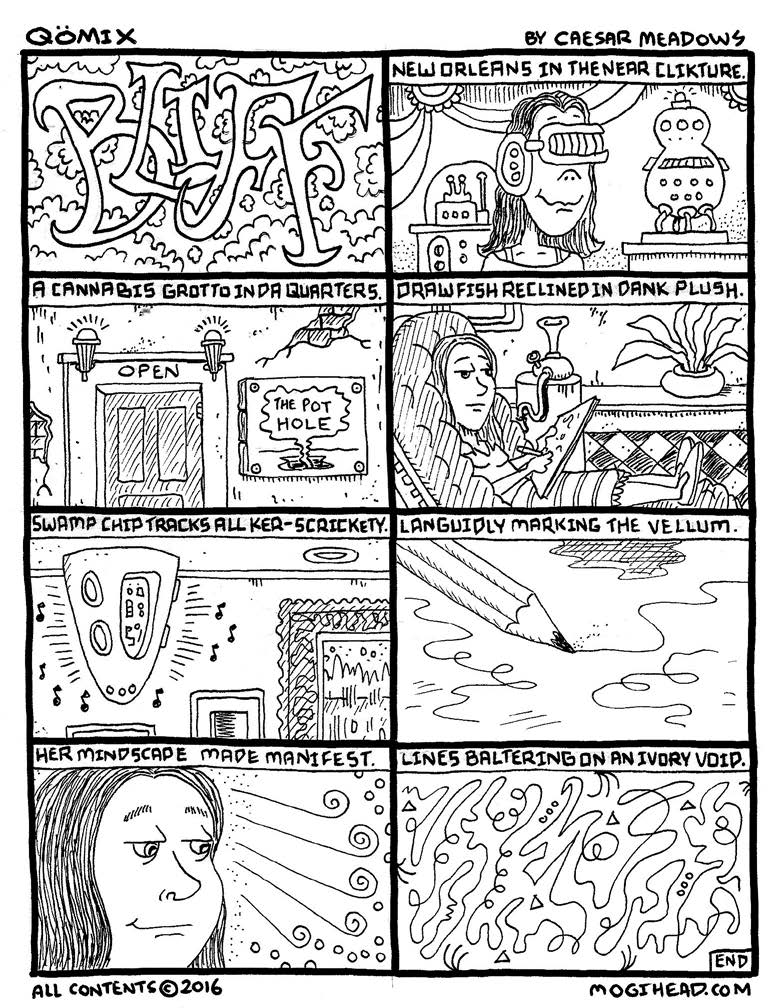 Our resident rascal Jules Bentley took to the printwaves last issue to expound on the closing of Booty’s Street Food, a Bywater eatery that was symbolic of the new wave of entrepreneurship and Silicon Valley aesthetic common in New Orleans these days, with his piece “Ashes to Ashes, Blogs to Bricks: Booty’s and the Cult of Small Business.” Here are some of our readers’ thoughts, from the online version and Facebook page. Bon Appétit!

Wow. I don’t think I went to the same Booty’s described here. It didn’t quite become what they wanted, I guess, possibly for the better. Maybe it represented something foul for longtime residents, but my (I guess ignorant?) experience was almost always a favorable one (though I did observe quality of service lagging towards the end). What it became was something far less ambitious and in my opinion something more creative and enjoyable (as long as you ordered more than one entree—the concept was to mix and match—way too small on their own as you said.) On its own merits, without the politics, one of the nicer restaurant memories I have of NOLA so far (and I’ve been to *dozens*). Certainly no reason to hate from my point of view. I have to wonder if you’re judging the place as it was fairly, or just hating the initial concept and its awkward fit without consideration of the reality. Either way, richer or “out of touch” people changing the landscape is hardly a new problem, and not one that can be fixed or weakened by hating an already dead business. Calling it a sign of “good character” to hate on it is disingenuous, at best. —Joshua Young

The cult of small business? Bite me, big thinker. I built something from nothing, take care of the people who work with me, and give back to my community. You tell strangers to kill themselves and make giant generalizations about everybody who does not think just like you, and do it under a fake name to boot. Who’s displaying cult-like tendencies here again? A weak idea with no facts by a writer who believes himself never wrong but does his work under a pseudonym. Got it. Funny, when my shop was robbed last year by a fairly low IQ anarchist because she thought I was “The Man,” her defense and story was similar to yours. She was universally mocked around here. So, just to get this right; small business bad? Corner poboy places, daiquiri shops, the guys that cut my hair for a few bucks… all bad? Happy employees, bad too? Darn. I was liking my daiquiris, now I have to grow them myself in the backyard garden. Keeping up with you… employees who defended me from the thief who robbed us are debased for that? OK. I’ll tell them. They are suckers for thinking I treat them like family? I don’t even have tattoos or good taste in music, so they must be really dumb. Roger that, cowboy. I am just making life on earth hostile, I hear. All in a day’s work, I guess… Seriously, ANTIGRAVITY, an essay against the concept of local small businesses being possibly good, plus the workers who staff all of our local stores are subjects who’ve lost perspective for feeling like a part of a team? Hilarious. Keep cashing their checks, though. Nothing hypocritical there. —Jeff Shyman

This is a bullshit article written by an obviously biased Jules Bentley, who is sadly cheered on by a bunch of do-nothing haters who do little more than complain about pretty much everything in New Orleans. I lived right across the street from Booty’s and frequently patronized the establishment. The coffee was the best in the neighborhood, hands down, no debate about it. The concept was original and the menu offered many dishes that were difficult, if not impossible to find elsewhere. The food was, for the most part, pretty damn good. So what if the portions were modest? Not everyone wants to gorge themselves with typically- American gigantic portions of food. So what if they got more press than Jack Dempsey’s which itself isn’t a bad restaurant, but is a completely unoriginal concept, for the most part offering gigantic portions of fried seafood that leave one feeling too stuffed to apparently do much of anything other than go home to sit their fat asses on the couch, unbuckle their belt, and hate on places like Booty’s. Kevin and Nick, the owners, are good people and were good neighbors. The staff at Booty’s were friendly, good people. I’ll miss Booty’s. They were a positive addition to the neighborhood. I know. I live here. —Jim Booth

Great article. Booty’s owners are self-absorbed asshats if they thought Bywater needed them to be inclusive. But their worst offense? The food sucked. From Day 1, at both restaurants. There’s simply no place for that in New Orleans, or the New New Orleans. —kyron

Any jackass with enough immaturity, naïveté, and time on their hands, can write these pouty, rage-filled exposés on why business is bad, while simultaneously and unintentionally, exposing what is likely the author’s own childhood traumas of being picked on in high school or perhaps not getting enough of Mommy’s attention, and so now the whole world is an awful and scary place to the author, one that’s constantly changing around them and they just want everything to go back to the way it was in a safer time of their imaginary world. I think these writings are a cry for help. That, and wordy garbage. —Elijah Charbonneau