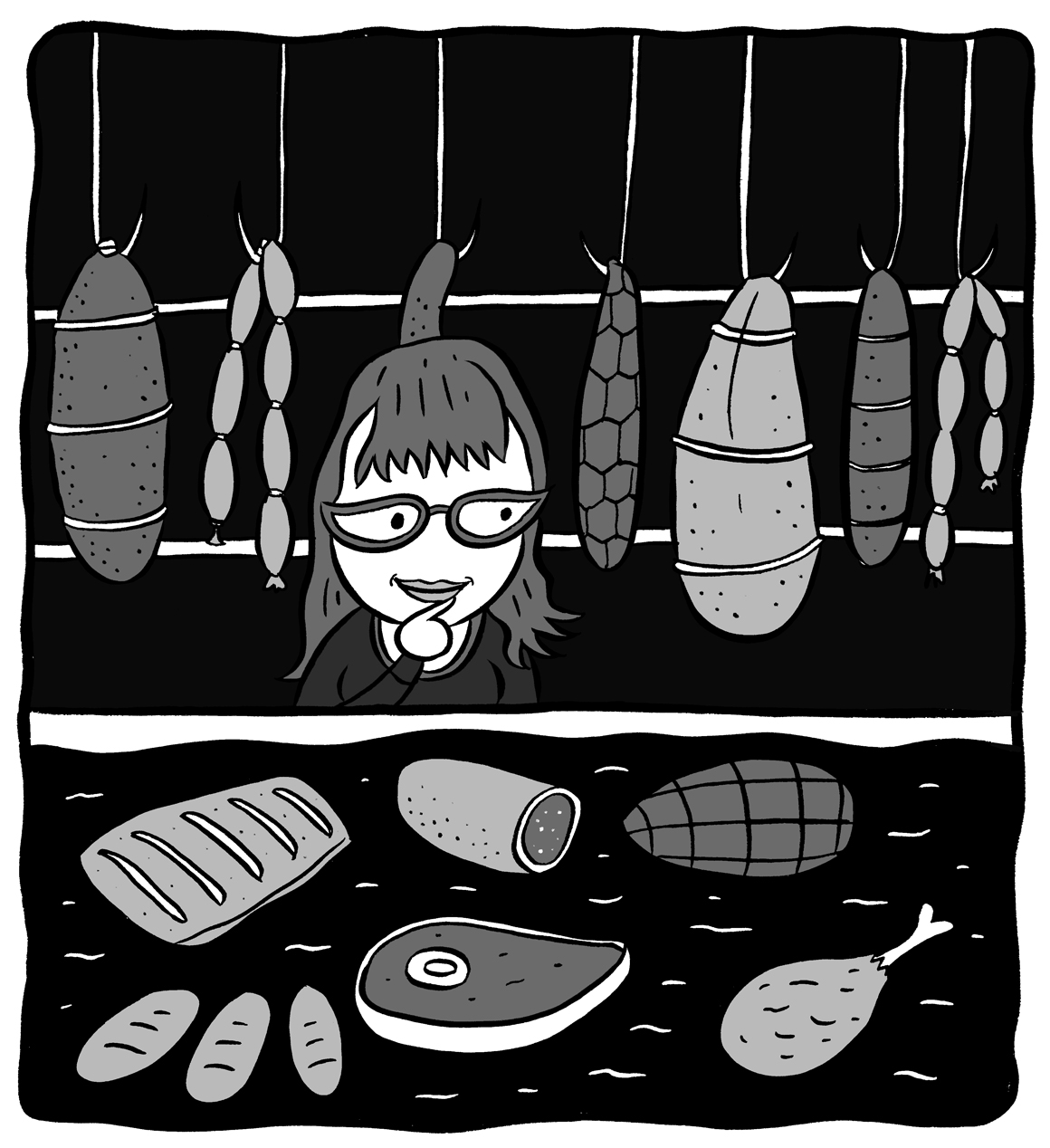 Like lots of other folks born and bred in New Orleans, I grew up eating quite a bit of seafood. But—perhaps unlike other kids—I didn’t really eat much meat otherwise. Fun fact: I didn’t have steak until I was well into my 30s! So the wild world of eating non-seafaring animals is still semi-foreign to me. This month, I wanted to go to places that feature meat as the star of the show. I mean, what better way to detox from my all-vegan summer?

Toups South (1504 Oretha Castle Haley Blvd.)
Toups South is the baby brother of Toups Meatery on N. Carrollton. It’s inside the Southern Food and Beverage Museum, which I’m ashamed to admit I hadn’t been to before. Well actually, I went back when it was in the Riverwalk… I think on a high school field trip? But I haven’t been since it moved into the old Gator’s Discount Store on Oretha Castle Haley. The interior restaurant buildout is really lovely, and this would make an excellent date spot. It’s so chill and airy, while still retaining an industrial vibe. We ordered cracklins, smoked pork ribs, Inglewood Farms fried chicken, and the smoked duck confit over a duck liver risotto. Ah, the cracklins! They were truly excellent, and easily the best I’ve had in New Orleans: spicy with lots of heat, and the perfect ratio of soft, sweet fat to salty, crunchy skin. It almost feels like it’s cheating to say that I liked the fried chicken. I mean, fried chicken is pretty much always delicious, but Toup’s fried chicken was next level. The skin was crunchy, the meat itself was moist, and the whole thing was drenched in a sweet butter sauce. It comes with a kale and sausage gratin that was unexpectedly “delightful” (description supplied by my dining companion), and was my favorite thing that I ate that night. The duck confit had a dark smokiness and a flavor that teetered on the edge of gaminess, but the duck fat risotto was surprisingly light in contrast. I was impressed that they were able to do such different things with the same ingredient. The only thing I didn’t love were the smoked pork ribs, served with a sweet glaze over corn slaw. They were meh at best, but at least I know better than to order them again. 9.5/10 Gator’s

Piece of Meat (3301 Bienville St.)
I had a bit of trepidation going into Piece of Meat because their social media presence is very bro-ey; and well, I’m not a bro, nor do I enjoy bro culture. But, Piece of Meat is half woman-owned, so I decided to push past their eye-roll-inducing logo—a high heel stabbed through a steak—and try them out anyway. And yeah, Piece of Meat is definitely trying-too-hard-cool-guy-bro-tastic in real life (y’all just go into the bathroom and look at that artwork), but the interior still feels like the neighborhood bar that it was for half a century, and the food is very good. I went with a small group on my first visit. We ordered the charcuterie plate, the rib plate (which came with potato salad, the only thing on the menu other than a vegetarian sandwich that wasn’t stuffed full of meat of some variety), a smoked brisket sandwich, the steak of the day sandwich, and the boudin egg rolls. The winners were the boudin egg rolls and the charcuterie plate, which was a “chef’s choice” of five meats served with toast points, pickles, and creole mustard. On the night we went, the chef’s choice was duck prosciutto, fennel salami, smoked duck, dry-cured pork loin, and a traditional salami. The duck prosciutto was truly lovely: light and silky, it practically evaporated once it hit my tongue. I don’t love fennel, as it usually leans too licorice-y for me, but the fennel sausage didn’t overdo it, and it lent a touch of sweetness and complexity that I didn’t expect. The boudin egg rolls were my group’s favorite dish and not at all what I expected. I mean, boudin with cheese? What? But it works. It’s not the best boudin I’ve ever had (shoutout to my ride-or-die, Kartchner’s Grocery in Krotz Springs), but it’s pretty good for boudin in New Orleans proper. I went back on a workday at lunch to pick up the “Not the Turkey & the Wolf Bologna Sandwich” and it was my favorite thing that I tried overall. I love the onion bun, the crispy fried onions, and the sweet bbq sauce. It’s a solid, delicious sandwich but I’m not sure I get the name. I wouldn’t confuse this with Turkey & the Wolf’s bologna sandwich (ANTIGRAVITY, November 2017). Like so much of the constructed persona of Piece of Meat, it comes across as weirdly forced. Seriously, y’all are so good! You don’t need the cool guy gimmicks, OK? (But also, I notoriously hate fun, so maybe it’s just me?) 9/10 High Heels 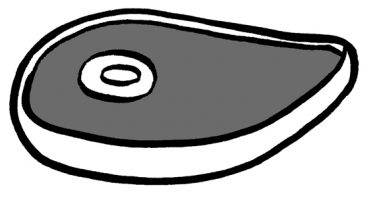 Bratz Y’all (617-B, Piety St.)
An excuse to wear a dirndl? Yes, please. OK, so I have zero experience with German food other than at the old Jagerhaus in the Quarter (R.I.P.), so I didn’t know what to expect, except a lot of sausages and beer steins. Bratz Y’all is sort of tucked away, hidden in Pizza Delicious’ backyard, but it’s very cute in a rather trompe l’oeil way—I especially like the windows with fake scenes behind them—and there’s a lot of outdoor seating. We ordered wiener schnitzel, Bavarian weisswurst, the Drunk Pig po-boy, and spaetzle with gravy. It was recently pointed out to me that I like food that’s, well, sweeter than other people enjoy. And I’m just gonna lean in, because I can’t even pretend that the reason I enjoyed the Bavarian weisswurst is anything other than its accompaniments: sweet tangy mustard and a giant soft pretzel. The weisswurst tasted like it was spiced with cardamom and maybe ginger? It’s almost a dessert meat! Sugar with everything! I feel like I must have eaten the Drunk Pig po-boy at Po-boy Fest before, because it was immediately very familiar. The slow roasted pork worked well with the sweetness of the caramelized onions and the tang of the sauerkraut. The wiener schnitzel reminded me of veal parmesan, minus the parmesan, and I liked its salty crispness. It’s served with a warm German potato salad that’s tart and vinegary. I don’t know if this is what German food is supposed to taste like, but I very much enjoyed it, authentic or not. Also, not meat-related, but the Black Forest Cherry Cake is where it’s at, y’all! 10/10 Drunk Pigs