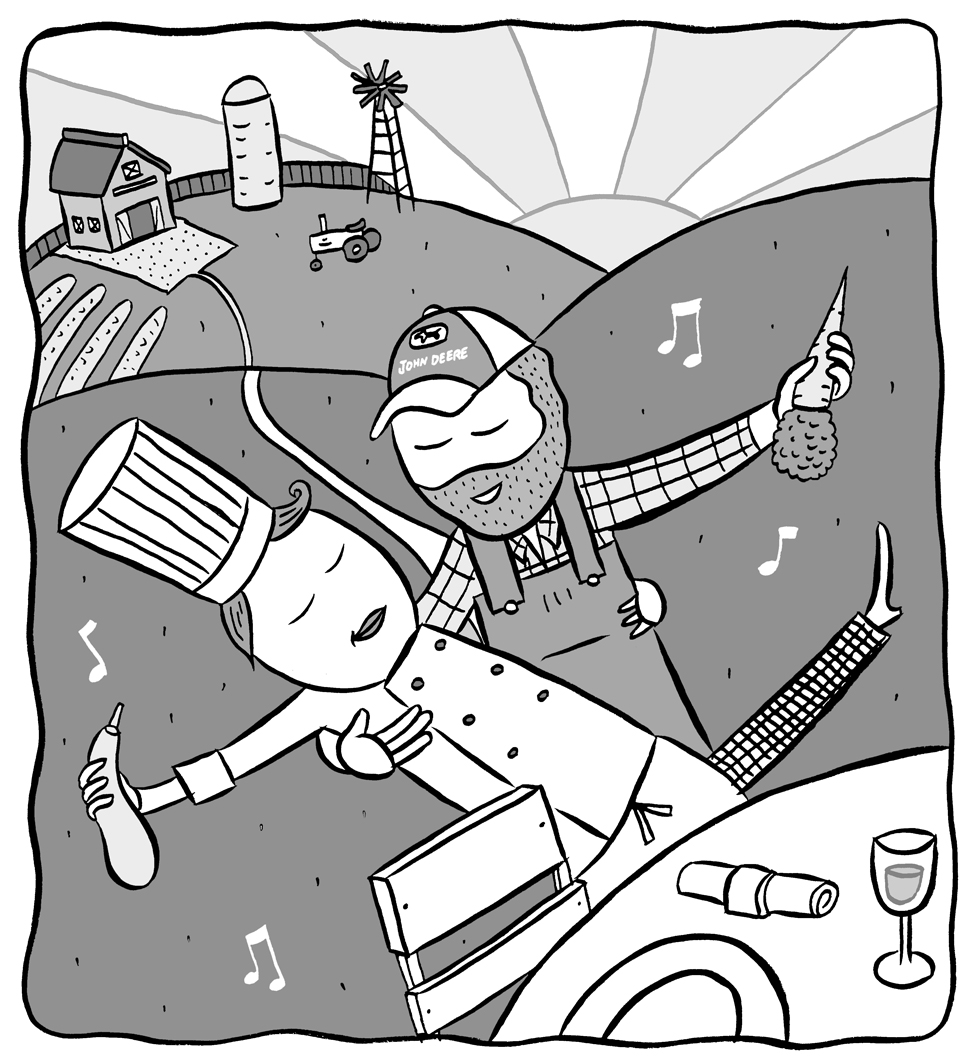 I have a lazy compost pile in my backyard. I pay no attention to it whatsoever and just throw all my random veggie and fruit scraps in there. Every year, I get a few surprise plants, usually in the form of mystery vines sneaking up my fence. A few years ago, I accidentally crossbred pumpkins and zucchinis and it created some truly gigantic, round, green, striated (and completely inedible) things. This year, I managed to grow butternut squash and chilacayotes unwittingly! I also grew some other wacky fruits that might be butternut squash/pumpkin hybrids? My point is that squash, melons, and other members of the Cucurbitaceae family grow really easily here (like super-no-maintenance easy), and I wanted to see if any restaurants were doing anything with local gourds. This was also a good excuse for me to try out some of the places offering farm-to-table food in the city.  Like a lot of people, I’m trying to be more mindful about where my food actually comes from, and it’s exciting to see more folks offering fare from local farmers.

Hippie Kitchen
(3741 Jefferson Hwy, Jefferson)
Hippie Kitchen has a silly name but an interesting concept: a core menu that they plug seasonal local vegetables into. So, if you go today, you might get a totally different meal than you would get next week, even if you order the same thing. This is either fun or annoying, depending on how you look at it. Since I’m easily bored, I see it as fun! Hippie Kitchen is very proud of using local ingredients; if you go to their website (hknola.com), they list where they source everything, from veggies to meats, which is actually pretty impressive. I ordered the summer gnocchi (which, I suppose is actually fall gnocchi, but they haven’t updated the menu as of this writing), the fussili (sic) pasta, a super roll, and an order of Mildred’s pimento cheese. The seasonal veggies were acorn squash, sweet potatoes, and kale; they were in the super roll and the gnocchi. Basically, what I ended up getting was a roll version and a pasta version of the same dish, which is something to keep in mind since they use the same seasonal veggies in every veg dish. They were both good; but, yeah, they tasted the same. The fussili pasta was my favorite of everything I tried: pasta, chicken, sausage, mushrooms, creole tomatoes, goat cheese, acorn squash, and rosemary. The flavor was deep and savory, the mushrooms and sausage enhancing (rather than distracting from) each other. The pimento cheese tasted like, well, a very good pimento cheese. The waitress let me know that the pecans in the cheese were from St. Bernard Parish, just like her. Fun! Here’s the thing, y’all: I did not expect much from Hippie Kitchen. They are tucked out of the way in a painted brick building on a sleepy industrial stretch of highway, in a suburb that I often forget even exists. But the food is surprising, inventive, and delicious. I hope more people make the trek out to Old Jefferson and give it a shot. Also, I really want to go back during strawberry season, because there’s a baked goat cheese that sounds amazing! 10/10 Fussilis

Bywater American Bistro
(2900 Chartres St.)
Bywater American Bistro is the newish venture from Compère Lapin’s owner-chef, Nina Compton. The name is pretty boring and doesn’t reveal much about what the food might actually be, but their website promises “ingredient driven food…. inspired by small local farms, using ingredients that are seasonal and raised or caught with care.” I’m a pumpkin superfan, so when I saw they had a pumpkin soup on the menu, I got—as the kids say—very hype. I also tried the tuna toast and the duck breast, and, for good measure, the chocolate hazelnut flan. The soup arrived at the table looking very much not like soup. They brought out a bowl with a little pile of chopped up pumpkin, some crispy little croutons, and a lump of something white dolloped in the middle. Then the server poured a thick, velvety orange liquid on top of the little pile. I honestly have no idea if this pour-the-soup-at-the-table thing is necessary, but it was fun to watch. The lump of white stuff in the middle turned out to be a buttermilk sorbet, which yes, was frozen. While I enjoyed the flavors of the sorbet, serving something freezing in the middle of an already lukewarm soup meant that the soup turned totally cold after about a minute. Good taste, bad execution. The duck breast was served with butter beans and satsuma. My dining companion loved the duck, but I found it slightly overcooked, so I’m assuming that’s just a personal preference thing. My favorite dish of the night actually turned out to be the chocolate hazelnut flan; there was lime zest and something spicy (chili?) on it! I knew that I liked spicy chocolate, but didn’t know that I would like lime and chocolate together. Overall, I didn’t enjoy it as much as I have Compère Lapin, but it is nice to have a fancy-pants option that has a parking lot! I’m old, y’all. 7/10 White Lumps 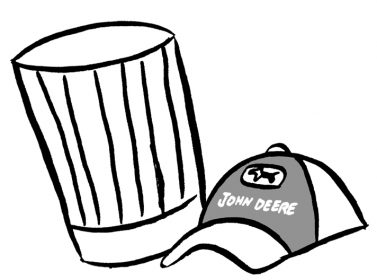 City Greens
(multiple locations)
I didn’t realize that City Greens was local until, oh, last week. I’d been there before and it has that everything-is-white, cold, minimalist decor that you get from big chains when they’re trying to be fancy. But, hey, I was wrong. They are local, and committed to using locally-sourced ingredients, including their seasonal offering: the Oh My Gosh Squash. I tried it as both a salad and a wrap, because I needed to know if there was any real difference, and there is! The wrap is better. The squash in question here is a butternut, from Eubanks farms in Lucedale, Mississippi. It’s served with pumpkin seeds, dried cranberries, feta, mixed greens, and an apple cider vinaigrette. For the salad, I eschewed added protein; but for the wrap, I went wild and added tofu. It was the right choice, because even though the salad had butternut squash in it, it still felt somewhat insubstantial. Please keep in mind that I like savory foods to be quite sweet, so I was fine with it, but the Oh My Gosh Squash is going to be straight up cloying for someone who has a less sugary palate. The squash is sweet, the cranberries are sweet, and even the apple cider is sweet—the vinegar isn’t strong enough to cut through the overwhelming sugariness. I’m not exactly expecting complexity from my lunch sandwich, but this was pretty one-note, even if it was a note that I actually quite enjoyed. Nonetheless, it was a good reminder that occasionally, I should branch out from my ride-or-die, the Southwest wrap. 7/10 Cold Minimalists