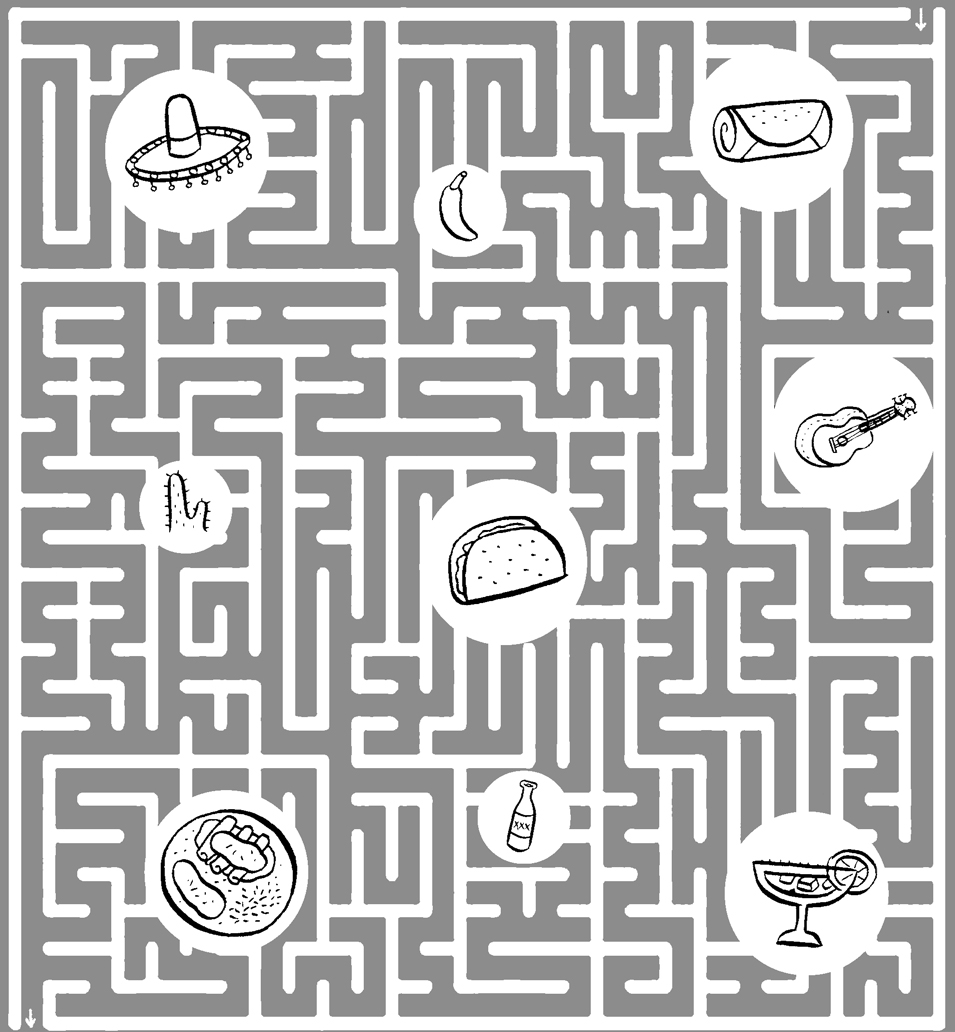 Good Mexican food in New Orleans is notoriously hard to find, which is why I’m still tackling the gargantuan task of finding authentic, delicious Mexican food in town. I’ve noticed a spate of new restaurants opening up around the city, which is so exciting. I started my quest for the best Mexican in the city last July (AG #156), eating tacos all over town; and last December, I visited a bunch of taco trucks (AG #161). This month, I’m continuing the journey, and I still have so many more to try!

La Mansion (724 Dublin St.)
La Mansion is a Tex-Mex joint inside the cutest little Creole cottage in the Riverbend. I’m the first to admit that I don’t know much about Tex-Mex food. I’ve spent more of my eating life in Mexico proper than in Texas, but I’m all about trying out new stuff. First things first: free chips and salsa! I’m very easily swayed in favor of any restaurant that brings you free apps of any variety: chips, bread, etc. It doesn’t matter, I love it all. The salsa here was very good—dark and smoky. I actually liked the salsa more than the queso or the guacamole! The guacamole was fine, but it lacked cilantro (which was odd), making it feel like it wasn’t quite complete. I also tried the flautas, suisas enchiladas, and tacos. The only taco options were fish, shrimp, chicken, or beef, which raised a few flags for me. I got the chicken and beef. They came out on flour tortillas, with lettuce and tomatoes, which is not what I expect from tacos. I always expect tacos to be on corn tortillas with onion and cilantro, but maybe that’s not the norm for Tex-Mex food? The flautas were perfectly OK, although the shredded chicken lacked any heat whatsoever. They were served with a little bowl of beans and yellow rice. The beans tasted oddly like red beans that you’d get at someone’s grandma’s house. One of my dining companions ordered the suisas enchiladas and I’m so glad she did, because they were something totally new to me. They were topped with a creamy sauce that tasted like hatch chilis and tomatillos. It was very spicy and was my favorite dish (other than the salsa). Overall, I thought La Mansion was pretty fine. Like I noted, I’m not very familiar with Tex-Mex food, and my palate is really hardwired towards Yucatecan food (which comes up later in this review). So in order to judge a Tex-Mex joint, I may need to go on a research mission to Texas. Road trip? 6.5/10 Grandma’s Houses

Agave House (2549 Banks St.)
Agave House opened in the old Melt location on Banks Street, and promised a “modern take on Mexican.” It is very cute inside; there are fun, colorful murals on the walls, and the hostess and waitress were very friendly, if somewhat absent. But y’all, I’m going to just go ahead and say it: the food was bad. A “modern take” in this instance apparently means fusion-heavy, only vaguely Mexican fare. So we leaned in to the fusionness and got crawfish nachos, Southwest rolls, enchilada pasta (you read that right), and tacos. The crawfish nachos were almost inedible: sad, store-bought tortilla chips smothered in “crawfish queso” and jalapeño. The crawfish queso was cold and congealing; it tasted like someone had dumped frozen crawfish into a jar of Tostitos Smooth and Cheesy Dip. The jalapeños tasted oddly artificial and—I’m not kidding—I’ve had spicier jalapeños on sno-ball stand nachos. I tried about five bites and couldn’t go any further. My dining companion said they tasted like something you’d microwave for yourself after a long night out and then stick in the fridge, and are trying to eat cold the next day. Southwest eggrolls are a suburban chain restaurant staple that I completely and unironically love; and on that end, I wasn’t disappointed. They tasted like the Sysco or Sam’s Club type that I’ve had in the past. So, you know, that’s fine (the ones at Chili’s are better, but Chili’s is all the way out past Lakeside!). The enchilada pasta was as confusing as it sounds: the Southwestern sauce on top tasted suspiciously like the crawfish nacho sauce, sans crawfish. I honestly don’t know why this dish even exists. The tacos were boring as heck. I got two chicken and one steak (chicken and steak were the only options) and they tasted pretty much the same, like raw onions and cheap grocery store corn tortillas. The tacos came with a side of beans that tasted like a room temperature can of low sodium black beans dumped in a bowl. Everything was bland, unsalted, unseasoned, and unnecessary. I mentioned my experience to a co-worker, and she told me that, yeah the food is terrible, but the drinks are really good and they have a bomb happy hour. Y’all, I don’t know; not even having conveniently-located suburban-style Southwest eggrolls makes it worth it. 1/10 Sam’s Clubs

El Taco Loco (1120 S. Carrollton Ave.)
El Taco Loco is located inside the old Mona’s building on Carrollton. The interior is bright, colorful, and super casual; it’s one of those places where you order at the counter and get your food immediately. The name is very silly, but it’s definitely the closest thing I’ve had to actual Mexican street tacos in the city. I tried the namesake taco loco, the chicken tinga, and the carnitas. The taco loco ended up being cochinita pibil, a Yucatecan citrus-and-achiote-marinated pork, topped with cilantro, red onions, something red that was pickled (I’m assuming it was pickled red onion—at least that’s what it tasted like), and a “special sauce,” which was a spicy green crema. I love cochinita pibil and El Taco Loco didn’t disappoint; the taco loco was my absolute favorite thing I had during this entire investigation, and I’ll definitely be going back for it! The pork was sharp, sweet, acidic, and tangy. The chicken tinga and carnitas tacos were both topped with just cilantro, onions, and a green salsa. The tinga was very spicy and well-seasoned. The carnitas (pulled pork) managed to be different enough from the cochinita pibil that I didn’t feel silly for ordering both. That being said, cochinita pibil wins for me, although I did hate having to order the “taco loco.” Eh, I’ll get over it. We also got the house chips and dip special, which came with salsa, guacamole, queso, and bean dip. Y’all: that bean dip was  sexcellent. I didn’t have any expectations for it, but it was unexpectedly creamy and somewhat complex. The guacamole was absolutely perfect and the salsa had a nice subtle heat. I’m so glad I tried El Taco Loco; it’s going to be a new go-to spot for me. It’s delicious, very inexpensive—like cheaper than fast food inexpensive—and the owner, who was working behind the counter, was so nice. Hard recommend. See y’all there? 10/10 Cochinitas