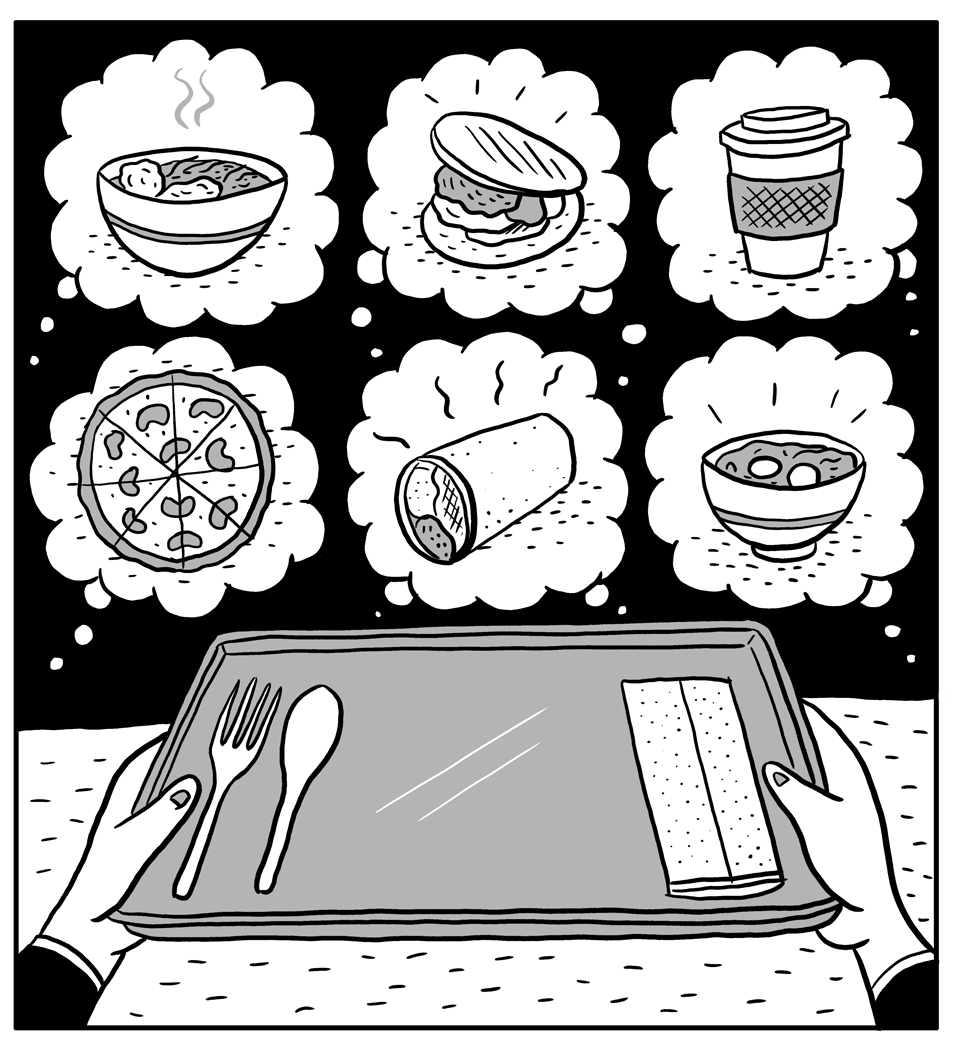 Food courts are popping up all over the city, which is either exciting or distressing, depending on which side of the coin you land on. I kind of fall in the middle; on one hand, I think it’s good for small startups, who might not otherwise find the capital they need to start a stand-alone restaurant, to be able to try concepts out, as well as attract a following. But on the other hand, I find all of the actual spaces oddly off-putting. I recently decided to head blindly into the Pythian Market, located in the old Colored Knights of the Pythias building on Loyola and Gravier. The exterior of the building is gorgeous but—wow—the inside reminds me of a completely sterile suburban mall food court. Nonetheless, I ate one item from every vendor except for Frencheeze, which I’ve already reviewed in its food truck format (ANTIGRAVITY October 2016), and 1908 (I’m not an alcohol person). So this will definitely not be a comprehensive look, and there’s a good chance that there are better food options than the one I picked from each space, but limited space means that hard choices had to be made! I should note that the vast majority of the vendors at the Pythian are seasoned restaurateurs: Little Fig, Meribo, Dirty South, 14 Parishes, Frencheeze, and La Cocinita are all little subsidiaries of established spots. So, the whole idea of helping out small struggling upstarts really doesn’t apply here.

14 Parishes
I’ve eaten at the big 14 Parishes on Clio Street, and while I’ve always enjoyed it, there have been multiple occasions when I’ve tried to go, only to find it randomly closed. So I was excited to be able to visit them at a place with regular hours (Note: I just found out that they’re closing the Clio location and moving to the former Hollygrove Market spot). I ordered the curry goat, since I’d never had it from them before, and it was straight up delicious. The curry was thick, aromatic, savory, and slightly sweet; and goat meat is always a favorite for me. Hard recommend.

Cru
Cru is supposed to be opening a full service restaurant in the Marigny in 2019, in the old Feelings Cafe location (RIP Feelings). I bet they’re going to turn it into one of those stark white, sleek, minimalist spaces; but hey, I could be proven wrong. I ordered the smoked trout dip and it tasted very much like something you’d be served at a party at your co-worker’s house, or that you’d pick up in a huge tub at the grocery store (if that makes any sense). It was creamy and fishy with huge hits of dill. I didn’t not like it, but I also don’t see myself ordering it again in the future.

Eatwell
I felt like I had to eat the pho-ritto because of the buzz factor. It’s basically a bowl of pho wrapped up like a gigantic spring roll. I don’t actually like pho, or any brothy soups, but I thought that removing the broth from the equation might work for me. It didn’t; I found it oddly bland, dripping wet, and hard to eat. My dining companion loved it, though, so I think it’s just my own silly distaste for pho coloring my opinion here. And yes, I’m fully aware that I’m a weirdo.

Edison’s Espresso and Tea Bar
I ordered a plain old cup of drip coffee and I found it perfectly fine.

La Cocinita
La Cocinita has been a food truck around town for years, and I should have just gotten a taco and called it a day. But I was feeling adventurous so I ordered the El Puerco Arepa. That was a mistake and I don’t even know why I thought it might be a good idea. The pork was so wet that it soaked completely through the arepa and the whole thing fell apart after about two bites. And it tasted oddly sour, but also somehow like nothing at all.

Poulet
Poulet promises clean local food and offers an array of salads, wraps, and sandwiches. Well, ostensibly, anyway, because when I went, they were out of both bread and wraps, so I ordered a salad. It turns out they were also out of Romaine lettuce. That was less surprising since it was during the Great Romaine Scare of 2018. So I had a strawberry fields chicken salad. I have to admit at this point, had I been just eating for myself and not for all of you, I would have walked away and never looked back. But OK, I ate the salad: chicken, strawberries, spinach, red onions, cranberries, feta, sugared pecans, bacon, and balsamic. It was very sweet, even for a sugar monster like me.

Little Fig
Little Fig is a little version of 1,000 Figs on Esplanade, which I’ve espoused my love for on multiple occasions. Therefore, I wasn’t surprised that my meal was bright, fresh, colorful, and delicious; I was surprised, however, when unwrapping the falafel plate that I’d ordered to find a mystery meat kabob instead! Since I eat meat, I wasn’t too frazzled, but I’m still not sure what it was. I guess they gave me the chicken platter by accident, but the mystery meat didn’t actually taste like chicken! I was already back at work by the time I made the discovery, so I just went with it. The mystery meat came with hummus, tzatziki, a kale salad, a beet salad, and a piece of ciabatta. I wish that Little Fig had pita bread instead, but since everything else was so good, I guess I can forgive it. But the question remains, y’all: what did I eat?!

Kai’s
I couldn’t find any info at all on Kai’s, so I dove right in and ordered the sunshine poke bowl. It probably wasn’t the best choice; there were so many jalapeños (with seeds!) on the top that the whole thing ended up tasting vaguely like jalapeños and literally nothing else, which is kind of wild because it was chock full of stuff that should have flavor: tuna, mango, roe, avocado, some mysterious orange sauce. But nope, just jalapeños. I’ve never actually had a poke bowl that I straight up didn’t like before, but yikes… this was not for me.

Squeezed
Squeezed doesn’t have any chef designed options; it’s all make your own salad, juice, etc. So I ordered a salad with all of the things I’d normally put on one, and it tasted like a salad that I’d made at home. I’m not sure I get the point, unless you’re an extremely picky eater and need to customize everything to your exact taste, which is kind of the opposite of what I want from a restaurant. I don’t get it. 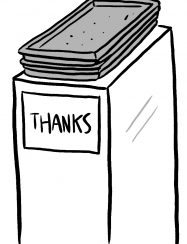 Meribo Pizza is an offshoot of a Covington-based pizza spot. I got the wild mushroom pie, which was the right choice. It was a thin crust personal-sized pizza with a white sauce, caramelized onions, roasted mushrooms, and fontina cheese. This pizza is ridiculously tasty. The creaminess of the sauce and fontina worked really well with the sweetness of the caramelized onions and the earthiness of the mushrooms. I plan on making this a regular lunch hang.

Dirty South Sammich
Dirty South is owned by the same folks who own Meribo, and since I’d already had something savory from Meribo, I threw caution to the wind and ordered something sweet from Dirty South: a Dirty Flurry. It tasted exactly like a posh McFlurry, and to that I say, “YES PLEASE.”