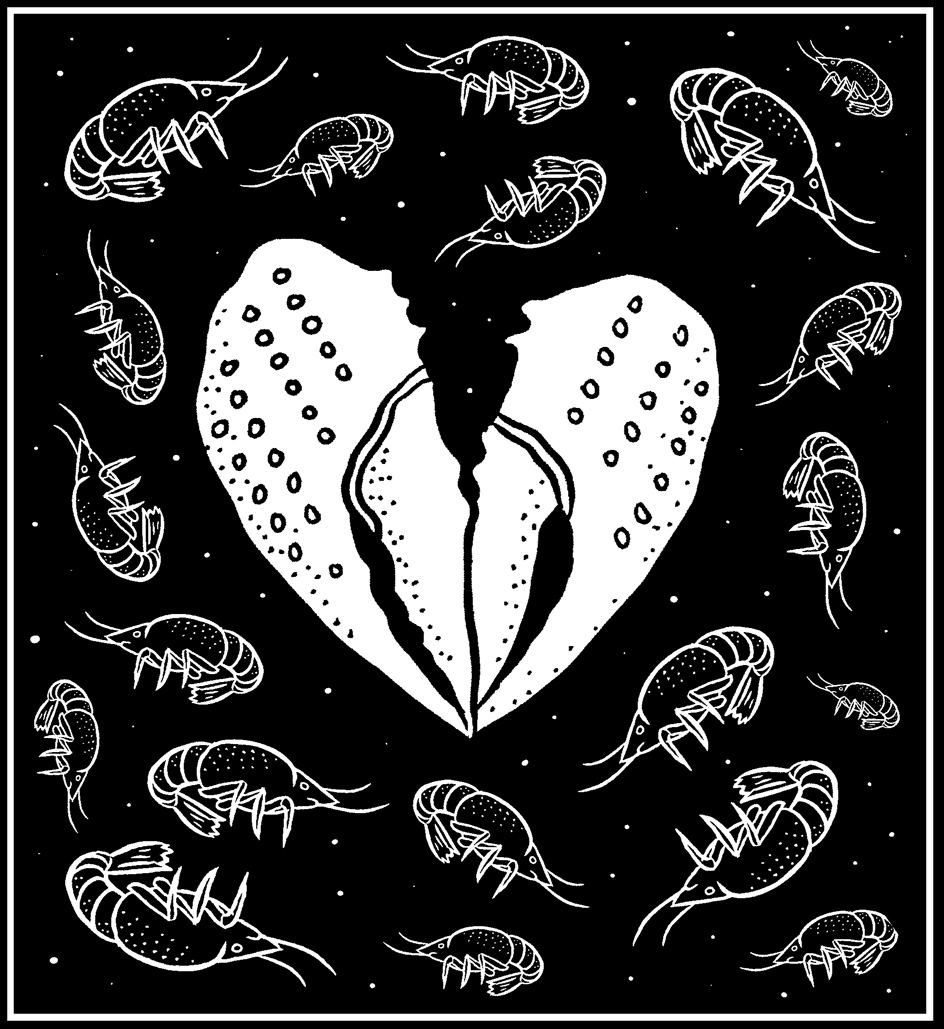 I’ve been loathe to tackle boiled crawfish since it’s such an iconic food. I didn’t know how I would even begin to pick spots, assess differences, discuss flavor, etc. I mean, I’ve been eating crawfish my entire life, but I’ve always thought of it as a food which is boiled in the backyard, and served on a card table covered in newspapers (or, you know, old beloved copies of ANTIGRAVITY*) in the driveway of your uncle’s house. And then, who’s judging it? I mean, sure, silently you’re hoarding the garlic, and wondering how long these puppies have been cleaned. But outwardly, you’re just munching down and chatting with friends. It’s been the rare occasion in my life when I’ve actually gone somewhere and bought boiled crawfish (before this investigation, I can only remember doing it once). So really, I’m a novice at this one! I had no idea you had to buy potatoes, sausage, and corn separately; or that they wouldn’t necessarily be boiled with the crawfish. Seriously, what? And it makes me sad that you don’t get onions, garlic, mushrooms, lemons, etc. tossed in gratis either. But, I’ll admit some of these spots have almost converted me. It turns out that not having to help your cousins clean up is a surprisingly tantalizing prospect. (Note: I’ve broken this up into grocery store crawfish and restaurant crawfish. I’ll have to cover seafood markets in a separate review! And no ratings, as there are too many variables and—let’s be real—I still think the best crawfish are the ones your pawpaw makes).

Ideal Market
(multiple locations)
I’m used to hitting up Ideal for the best pre-made guacamole in town and my favorite chicharrones, but the crawfish is a new thing! These were the spiciest that I had anywhere, maybe because there were large green peppers in the boil (I think they were Hatch chilies?). The corn and the potatoes actually tasted like they were boiled with the crawfish, and there was a lemon in with my serving! The crawfish were clean, spicy, and a fairly good price—although not necessarily what I’m looking for in a traditional boil. The chilies were a really fun addition though, and I’ll probably be back.

Rouses
(multiple locations)
Rouses crawfish come in at fully half the price of Bevi’s or Clesi’s, which I suppose makes sense for a grocery store boil. But these crawfish were DIRTY. I’m assuming they skimp on wash time because these were easily the muddiest crawfish I’ve ever eaten. Y’all, there were even strands of grass in the boil! Weirdly, though, they were also the sweetest. The flavor was perfectly fine, if totally mild; but it’s hard to get past how much I wish they’d been cleaned better beforehand. There were no potatoes on the day that I went; but they had corn, which frankly didn’t taste like anything but corn.

Clesi’s
(4323 Bienville St.)
Clesi’s used to be in the back of Banks Street Bar, the current home of Trilly Cheesesteaks. They upgraded to a huge location on Bienville recently. The crawfish were very clean—like immaculate—and incredibly well-seasoned. They had the best flavor of any of these places I tried except for Sal’s, but the corn and potatoes didn’t taste like anything, which is hugely disappointing. And I have to mention that Clesi’s was an oddly chaotic experience. They brought me the wrong bill, accidentally charged me twice for everything, and tried to bring me an entirely new tray of crawfish when we were about to leave. One of my dining companions said that he’d had the same disorganized experience a week before, so I’m not sure what’s up with that. Nonetheless, Clesi’s is probably the place I’m most likely to bring out-of-town friends when they come to visit. There’s lot of seating and the music was excellent, assuming you like ‘80s new wave (which I do).

Bevi Seafood Co.
(236 N. Carrollton Ave.)
Bevi is one of those places that I’ve walked by many times, but never really thought about. It’s a counter service establishment, but it was very well organized and fast. I had my crawfish in roughly five minutes. The crawfish were very clean and had a good flavor—I was told they throw oranges into the boil. I really wish they were spicier, but I get why they’re not. The day I went in, we were the only locals in the place (we literally had to teach the woman next to us at the bar how to eat crawfish and crabs, which was—no lie—kind of fun). The corn and potatoes tasted like they’d been boiled with the crawfish, which (as has been discussed) is rare. Overall, I liked Bevi, and I’d like to try some of their non-crawfish fare one day, but I’d get it to-go. It was an unpleasantly noisy spot, and I was there on a weeknight!

Sal’s Seafood
(1512 Barataria Blvd., Marrero)
Sal’s had the cheapest crawfish of all, coming in a full dollar under Rouses (if you were taking them to-go, that is. They ended up being the same price if you were eating in). The crawfish were clean, traditionally well-seasoned, reasonably spicy, and served on newspaper. So you can kind of pretend you’re eating at a friend’s house, because eating crawfish at a restaurant really is such a bizarre experience. The potatoes and corn were very spicy, which was a welcome departure from most of the ones I’d eaten up to this point. If I’m going to get crawfish with other locals, Sal’s would be my pick. In addition, Sal’s has the best signage around. Low-key neon? Yes please!

Boil Seafood House
(3340 Magazine St.)
I’ve been super hype to try Vietnamese-style crawfish, a relative newcomer on the local crawfish scene. After the crawfish is boiled, it’s slathered in a sauce, which adds flavor, but also makes the whole process messier. I was excited, but honestly skeptical, going into the experience. Here’s how it works: you pick your flavor, then pick a heat level. We ordered the garlic butter medium heat and the Caribbean high heat. Y’all, I loved it. The garlic butter made the crawfish taste like little lobsters. It brought out the inherent sweetness of the flesh and, well, it’s butter and garlic! What’s not to like? The high heat Caribbean was interesting; there were little chopped up pineapples floating in a sweet and rather complex sauce. They were definitely the spiciest crawfish I had anywhere, in terms of actual spice and heat. And I liked it. If you order more than two pounds of crawfish, you get a side of French bread, which is very smart and was very welcome, as soaking up the leftover sauce was heavenly. A final word of warning: Boil Seafood House is aggressively ugly inside, unless wall-to-wall Day-glo murals of vaguely surreal tropical scenes are your thing. But honestly, I found the heinous decor kind of charming. Wait, are Day-glo murals my thing?

*If you would like some newspaper for your boil, ANTIGRAVITY is happy to provide old issues free of charge (email Dan at fox@antigravitymagazine.com with the subject “Crawfish Boil Paper”). We ask that you use these freely provided OLD issues, and not just grab current issues off the rack for this. That news is still fresh! Thx! —Ed.