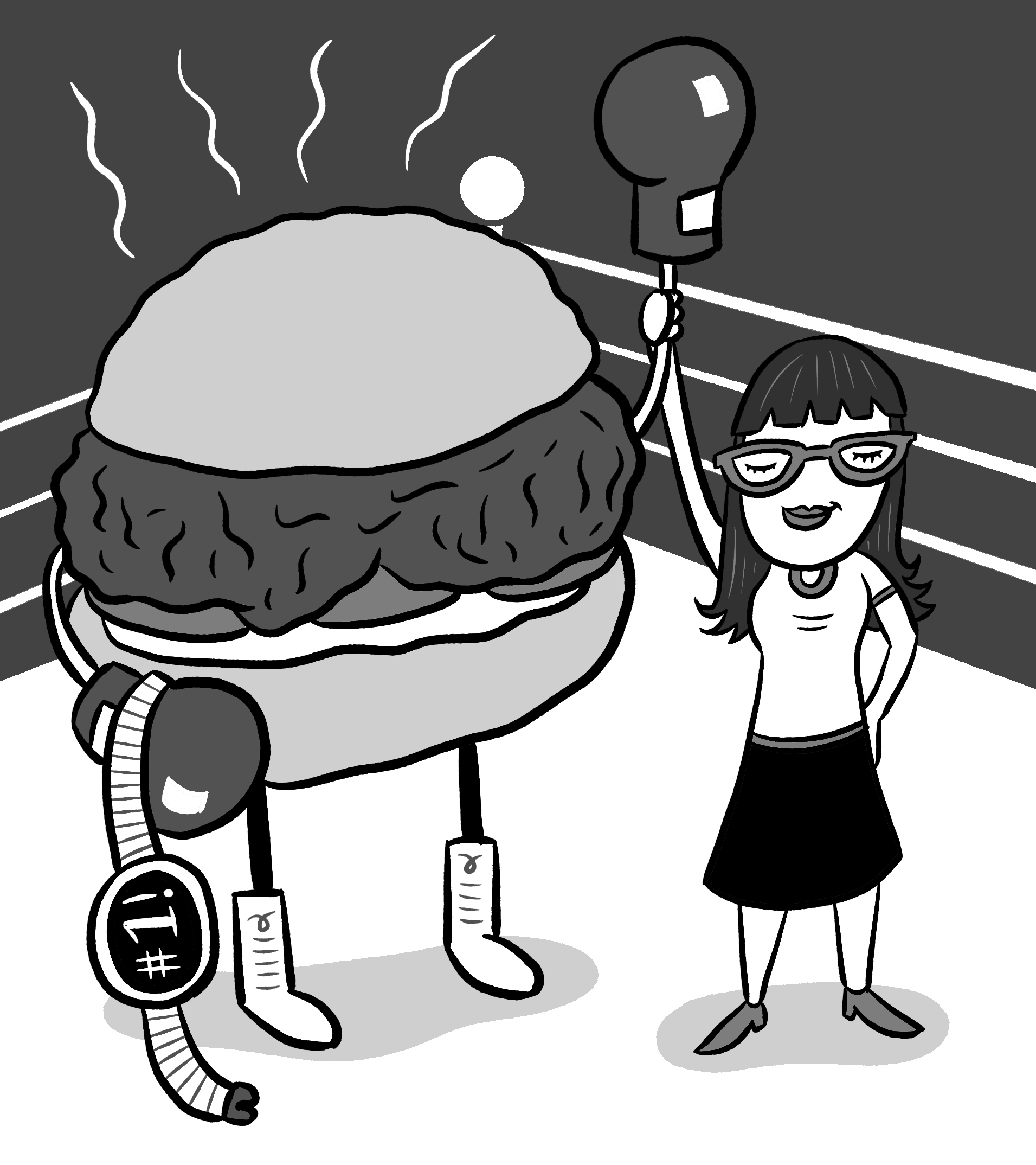 I’m glad that all the brouhaha over Popeyes’ chicken sandwich has died down. My official verdict: it’s delicious, you should only get the spicy, and it needs the mayo to reach its full potential. Oh, and I don’t eat at Chick-fil-A, because I’m gay and there are fast food options that aren’t as vocal about their disdain for my existence. Let’s now discuss, oh, I don’t know, a bunch of other fried chicken sandwiches? The only parameters for this review are all locales must be local or non-chains only and the chicken must be fried and served between two pieces of bread. Got it? Let’s go!

Blue Oak
(900 N. Carrollton Ave.)
Blue Oak’s spicy chicken sandwich is only available on Tuesdays, so plan accordingly. The name doesn’t lie: this one is so spicy! And I like it. Blue Oak’s chicken is heavily sauced, served with pickles and a creamy ranch-like dressing (there was heated discussion amongst my dining companions as to whether it’s an herbed mayo or just straight up ranch dressing) on a sesame seed bun. Be warned: this one is real messy and it’s so wet that it tends to fall apart if you aren’t a quick eater. The chicken itself tends to lose structural cohesion after a bit, with the breading pulling away from the meat. But it’s undeniably tasty and easily the spiciest one I ate throughout my investigation, except for the Tennessee Hot at Bonafried (more on that later). I wish that it held together better, but that’s my only complaint. 9.5/10 Mystery Mayos

Toups South
(1504 Oretha Castle Haley Blvd.)
OK, here’s the thing—I have a mild obsession with the fried chicken dinner at Toups South. The breading on the locally-sourced chicken is light and crunchy, and it’s served atop a kale and sausage gratin, with a hot butter sauce. I went with a group of five friends a couple months ago, and we literally all—without even discussing it—ordered the chicken. Y’all, it’s that good. It’s currently my favorite dish in the city, and I was completely hype to head over at lunch time to try the buttermilk chicken sandwich. Admittedly, this sandwich is a total oddball; it’s not like any of the other ones I tried; and to be frank, it is perfect. It’s basically just the dinner, but served in sandwich form. The chicken is topped with braised greens (which taste exactly like the kale and sausage gratin from the dinner menu), aioli, and Gruyère on a ciabatta-esque bun. There’s a real depth of flavor there that I don’t think you normally get with just any sandwich, and this dish is substantial. I could only eat half, but managed to have the other half for dinner later. I have literally nothing bad to say about this one. 10/10 Oddballs

Bonafried
(food truck)
Bonafried serves its chicken sandwich with pickles on a bun. They have three options: the Sweet, the Special, and the Tennessee Hot. I have tried all three, and feel relatively safe saying that the Special is probably the best unless you really love spicy food, in which case, go with the Tennessee Hot. I actually think the chicken on the Tennessee Hot is tastier, but it was definitely too spicy for me to eat as a sandwich: there’s a spiciness to the chicken itself, but also a hot powder crusting the chicken. I ended up having to deconstruct it to eat it. The Sweet was sweet, and I was left wishing for more spice and less sugar (but if you’re not a spicy person, it would be a good option). The Special really is the perfect balance of heat and sweetness. My only complaint really is that I wish there was a creamy component to these sandwiches. They have mayo packets that you can grab and add; and while I think that helped, I wish there was a mayonnaise, slaw, or dressing on the sandwich beforehand. Mayo would have also helped tone down the powdery spice on the Tennessee Heat. (Full disclosure: I know the owner of this food truck, so while I had an undercover agent help me a bit with this one, I’m pretty sure the owner realized what I was up to when I popped up in her line several times.) 9/10 Hot Powders 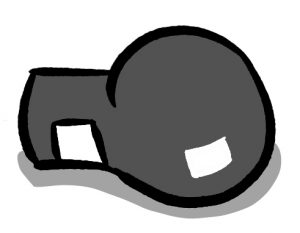 Sylvain
(625 Chartres St.)
I’ve gotten several comments through the years that I need to visit more places in the French Quarter—which, yes, I totally agree. Like a lot of locals, I avoid it because of parking, annoyance with tourists, etc. But damn: every time I go, I remember that it’s a totally beautiful and unique neighborhood, one that I need to stop simultaneously ignoring and taking for granted. Also, I recently moved and am literally within walking distance, so I have no more excuses. So, yay, Sylvain! I hadn’t been there in years, but I was excited to go back, especially because I’d heard that their fried chicken sandwich was “beloved.” The sandwich comes with pickles, hot sauce, and a classic buttery bun. And guess what? It’s fine. This is a perfectly acceptable sandwich, but it’s not that special, and there’s no real reason for it to exist other than, well, it does. The chicken was actually quite tasty even though it lacked any semblance of heat, but the pickles were average and I needed that creaminess, yo. My dining companion got the braised beef cheeks, served with a mushroom sauce on mashed potatoes, which was so lovely. I was honestly jealous that I was eating this regular-ass chicken sandwich instead. It’s fine. It’s FINE. 5/10 Tourists

Willa Jean
(611 O’Keefe Ave.)
I work in the CBD, so Willa Jean is one of those places that I take for granted. Like, it’s 2:30 and I need a cookie, may as well pop in and grab one. But I rarely think to grab actual food there. Well, no more, because I tried the fried chicken sandwich, and was pleasantly surprised. Their offering is served with a serrano slaw—which isn’t spicy at all despite the serrano peppers—on a sweet Hawaiian roll. I loved it, but it’s definitely not the one to go for if you want heat. Nonetheless, it was a solid offering, the slaw elevated the chicken, and it would be a great choice if you want something a bit milder. 9/10 Sweet Rolls

Compère Lapin
(535 Tchoupitoulas St.)
Compère Lapin jumped in on the chicken sandwich game rather late, debuting this bad boy in mid-September. Much like Toups South, this one tastes a lot like Compère Lapin’s regular hot fire fried chicken dish. The difference here is that I actually like it better than the main dish! Here we get fried chicken which is totally coated in a spicy red sauce (I’m completely guessing, but it really tastes like annatto might be the main ingredient in the sauce; my grandmother always coats chicken in annatto), a cilantro-heavy slaw, housemade pickles, and pickled mango on a buttery bun. This sandwich manages to taste fresh and bright, and for me, rather nostalgic, which I can only guess is because of the hot sauce. It’s quite spicy but not uncomfortably so, and I was pleasantly surprised. I’ve always thought that Compère Lapin’s fried chicken dish was missing something but I couldn’t quite figure out what. Apparently, it was bread, because all smashed together, this was delightful. 10/10 Bad Boys