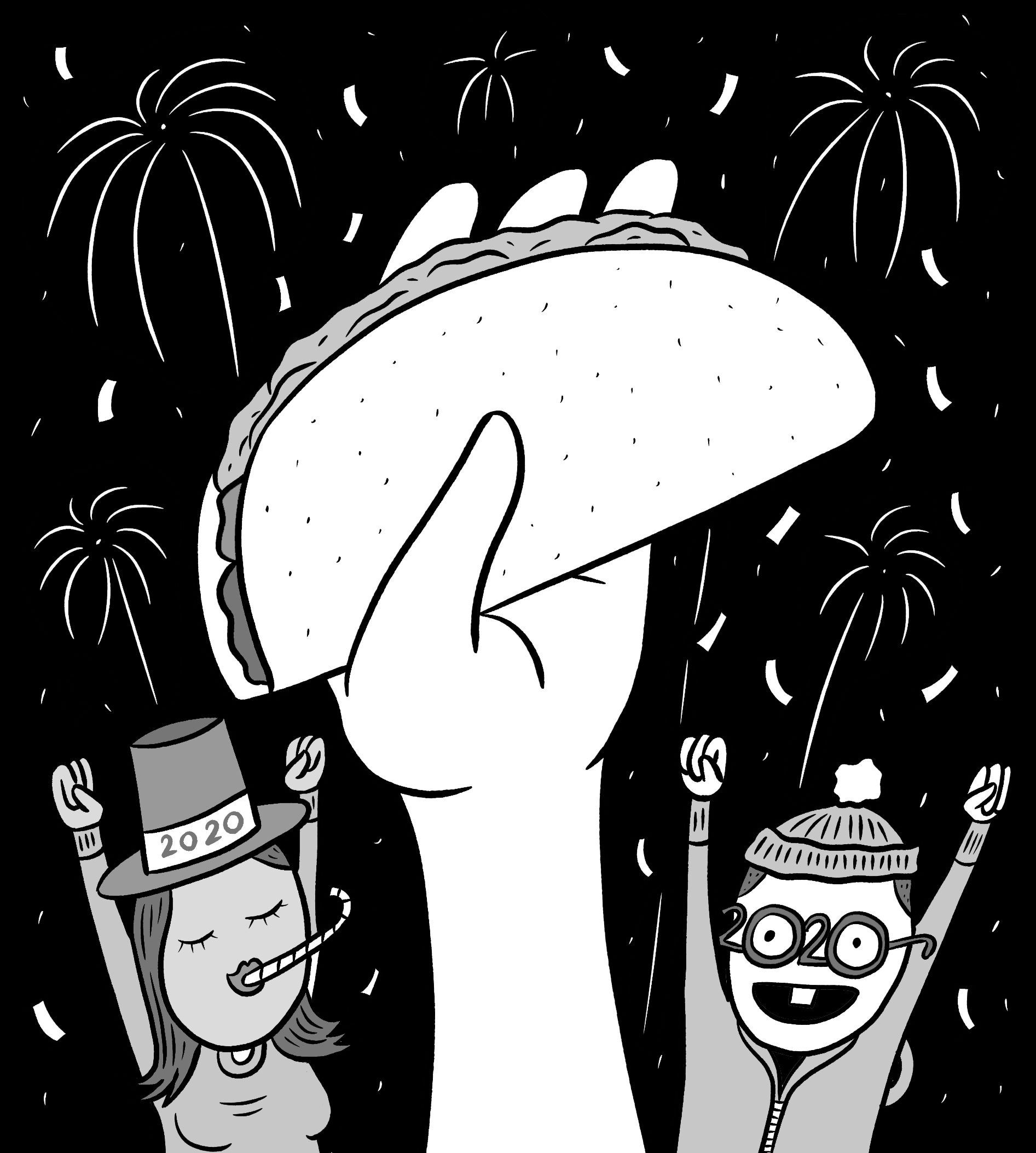 I can’t believe it’s been three years since I’ve written about tacos! (See our July 2017 and December 2017 issues for my last takes.) It’s especially odd, since I eat tacos at least once a week, not to mention that there are so many taco spots to talk about. So let’s ring in 2020 with all the cilantro and onions—is there any better way?

OK, here’s the thing: I hate going to breweries. I don’t like beer, I think it’s weird that children are allowed in what is ostensibly a bar, I get nervous that those giant beer tanks are going to explode—I just hate it. So I was not hype to go try TACOCAT at Zony Mash (3940 Thalia St.) at all, but my long-suffering dining companion went for a work get-together and told me I had to try it. Well, she was right. We ordered barbacoa and carnitas and a side of guacamole and chips. The guac came out first, and it had olive oil in it!?! WHAT IS THIS? I didn’t hate it, but it was super weird and I was a little nervous about what the tacos were going to be like. But I needn’t have worried. The tacos are of the onion-and-cilantro variety but with added salsa. The barbacoa were excellent—spicy and hot—but not overwhelming. The brisket was perfectly seasoned—smoky, and juicy—and the salsa had just the right amount of heat. The carnitas were a confit pork with refried potatoes and a green salsa. The potatoes were so tender and worked well to soak up the fat in the pork. As previously mentioned, I didn’t love the ambience, but they were playing Black Panther on the giant screen in the back, so it was OK. The people there were all really nice; I’m just never going to be a brewery fan. (My dates for the evening both loved the King of Carrot Flowers beer, FYI.) 9/10 Neutral Milk Hotel References

Catty Shack is in a charming, unassuming little building that also houses Toast and the Jockey Club. They’re definitely going for a look: instead of napkins, they have mismatched tea towels, their glassware selection is an assortment of Mardi Gras cups (which, hey, as the kids say—“same”), the decor is thrift shop-fairy lights chic. Y’all know the look. Anyway, I’ve mentioned before that I’m not super familiar with Tex-Mex food, so I can’t speak to the authenticity of these tacos. They’re definitely not Mexican-style street tacos; but since they aren’t claiming to be, I can’t fault them for that. We ordered the Big Daddy, the Catty Fish, and the Crispy Beef. I wanted to try the Peacho Chorizo, but they were out of the peach salsa the day I went. Whomp whomp. We also ordered queso and chips. The Big Daddy was the closest to the tacos that I’m used to: brisket, onions, cilantro, cotija, and avoverde. The brisket was nice and smoky, but I thought the cotija was unnecessary and wanted the avoverde to be spicier. I really wanted more heat in general; we were offered little salsas and while I requested the spicy, what I received was extremely mild. A friend who frequents the spot said they must have given me the wrong one, because the spicy is apparently chock-full of jalapeños. But what I got just tasted like watery tomatoes. The Catty Fish was a perfectly normal fish taco: fried fish, cabbage, cilantro, and a chipotle mayo (the menu said it was chipotle, but it tasted like regular mayonnaise). My surprise favorite was the one I was initially dreading, the Crispy Beef. It’s basically just a luxe Taco Bell hardshell taco; luxe because the meat is obviously better quality and the tortilla seemed homemade. But other than that, it really tastes like Taco Bell. And you know what, I wasn’t mad at it. It’s the one I would go for if I went back, although I might have to bring a bottle of Tapatío from home. I think someone whose palate is less hype on spicy foods might have enjoyed this spot better than I did. I should note though that the queso was excellent and gained this spot extra points. It’s creamy and pretty nicely seasoned. 7/10 Taco Bells

Rosalita’s is tucked away in Rosalie Alley, and it’s so sweet and cute back there. Worth noting though that it’s literally food being served through a hole in a highly decorated painted fence (so many skeletons!), and seating consists of some random folding chairs and rather decrepit benches. Because of this, I always get my food to go and eat it in my living room. But y’all, they are so good. Again, these tacos aren’t really traditional, but they’re topped with pickled vegetables, which really speaks to me. As someone who grew up eating Yucatecan and Central American food, we always had a jar of shredded pickled onions and carrots on the table. I think I’ve eaten all of Rosalita’s tacos at some point, the pork being my ride-or-die. But my true favorites are always the specials, which change regularly. I loved the al pastor with pineapple salsa, the carne asada with pickled vegetables (red onions, carrots, and jalapeño), and the plantain with papaya. My recommendation is to always order the special! Even when they’ve sounded weird, they’ve been excellent. They also have a wide selection of homemade hot sauces, which makes my heat-loving heart sing. 10/10 Skeleton Murals

Taqueria Chilangos is way out there in Kenner (three blocks from my mom’s old house, shout out!), but I’d say it’s 100% worth the drive. We went on Taco Tuesday for $1 tacos and the place was hopping—like every-seat-taken, full-parking-lot-level packed. I took that as a good sign. First things first, they brought out free chips, salsa, and bean dip right as we sat down! The salsa was definitely not the best I’ve ever had, but it was perfectly serviceable. I loved the bean dip. We went ahead and ordered one of each taco available: carne asada, al pastor, carnitas, chicken, two types of brisket, chicharron, lengua (tongue), tripe, and barbacoa. These are classic street tacos: nothing but meat, doubled up corn tortillas, cilantro, and onion—served with a lime wedge. And y’all, they were so incredibly delicious. The meat was perfectly seasoned and juicy. My favorites were the al pastor (which was sweet and just a little spicy), the chicken (which was a real surprise—so juicy and tangy), and the carnitas, which tasted pleasantly burnt (that ideal level of char). So, so good. These are classic Mexican street tacos, and I recommend this spot wholeheartedly. Also, there was a Spanish language courtroom reality show playing, wherein a couple was getting divorced because the wife refused to get rid of their pet owl, who she believed was the reincarnation of their dead son. And they brought the owl in as a witness! Why am I not watching this show on the regular?! This is the spot for great food and quality entertainment. 10/10 Owls 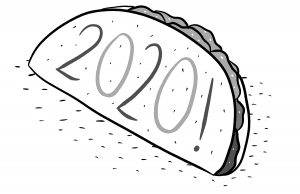