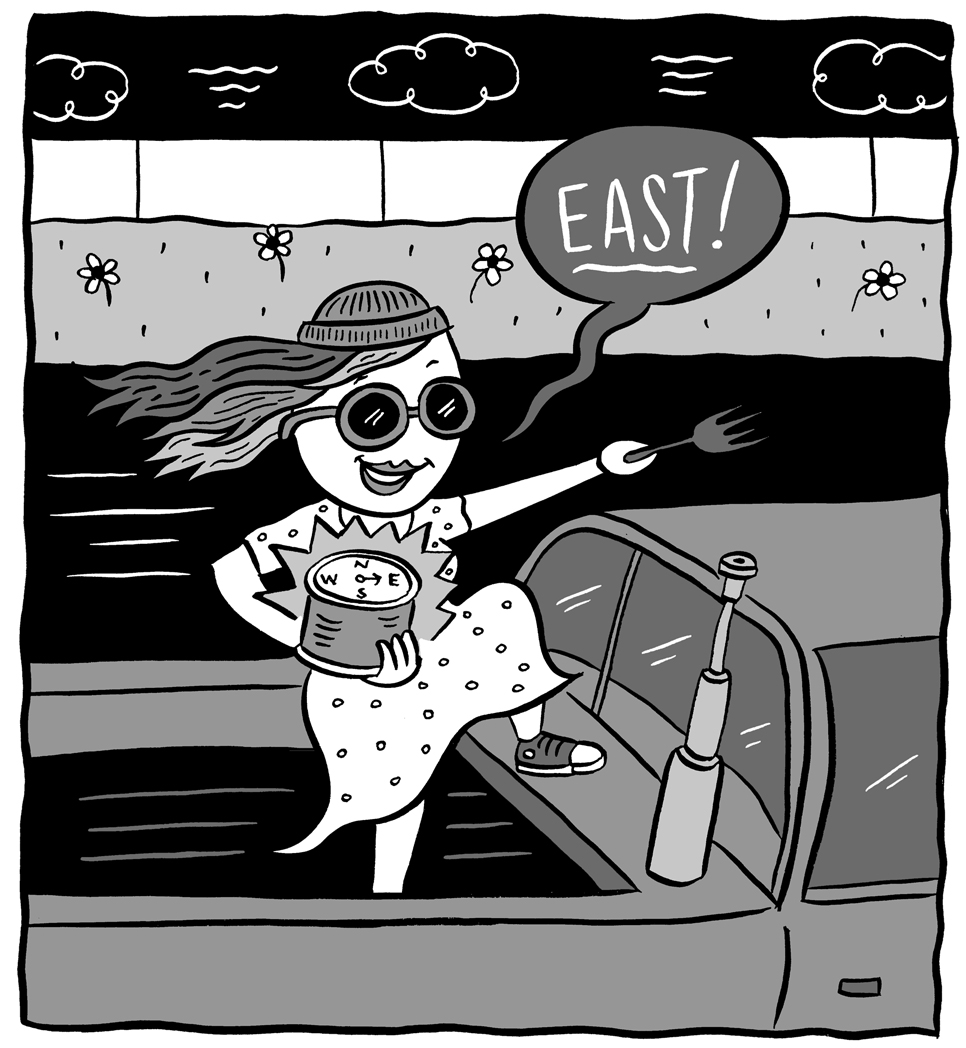 OUT IN THE EAST

I never really go to New Orleans East (unless I’m hitting up Dong Phuong) so I figured there must be some hidden food gems I was missing. I polled friends, coworkers, and anyone else who’d answer me, and ended up with a short list of the following spots. This was the single hardest investigation I’ve ever attempted; all the restaurants I wanted to try, except for Casa Honduras, have very abbreviated hours. Almost all of them close well before I get off work and/or aren’t open on the weekends. So definitely make sure to check hours online, or even call before you go. Also, where did I miss? I’d love to do an “Out in the East” Part Two.

Ma Momma’s House of Cornbread, Chicken and Waffles
(5741 Crowder Blvd.)
Ma Momma’s House is open on weekends, so I got to stop by for brunch. This place was hopping, like seriously packed. I mean, maybe too packed, because I watched three different groups seat themselves, hang out for a half hour or so, and then leave because no one ever came to take any type of order. So yeah, this is not the place to come if you have any type of time constraints. I was personally there for three hours, which was OK since I had no other plans; but even taking that into account, it was a little bit much. I ordered the chicken and waffles, because it’s called Ma Momma’s House of Cornbread, Chicken and Waffles (the waitress brought us a basket of cornbread mini-muffins, so I got to try all the food in the restaurant’s name), and fried pork chops and grits. The cornbread mini-muffins were the semi-sweet type with bits of corn in them. Overall, they were fairly tasty, although as I’ve discovered recently, it’s possible that I’ve never had cornbread that I’ve absolutely loved. Yikes. Anyway, I’ve discussed at length that fried chicken is my favorite food in the world, thus I have very high and exacting standards for what constitutes good fried chicken. This fried chicken was, in fact, very good. The breading was light and crispy, and the chicken itself was juicy and well-seasoned. The fried pork chop and grits were also surprisingly tasty. I’m really torn about Ma Momma’s House: the food was summarily excellent but the dining experience was overly long and honestly, rather unpleasant. I guess if you have a day where you literally have nothing else to do, or nowhere else to be, and you aren’t so hungry that it doesn’t bother you to wait three hours, you should check it out? 7/10 Cornbread mini-muffins

Casa Honduras
(5704 Crowder Blvd.)
Housed in an old Shoney’s, Casa Honduras is huge, and on the day I went, seemingly empty. But then I noticed a steady stream of customers with take-out orders were coming through. Interesting, right? Central American food is my comfort food of choice, so I ordered a lot: pastelitos de carne, the baleadas especial, two types of pupusas, and Honduran enchiladas. When we sat down, the waitress brought us chilindrinas, which are tortilla chips slathered in a very mild tomato sauce and a dry, crumbly white cheese. I loved them but my dining companion was like, “Are these nachos? What’s going on?” In fact, I enjoyed this whole meal considerably more than my erstwhile companion, possibly because so much of this food hits a very deep, nostalgic core in my being. Everything I ordered tasted like something a grandmother would cook. The pastelitos de carne (meat pies) reminded me of the ones I used to eat from the old Union Supermarket on Carrollton when I was a kid—there were these coconut macaroon type desserts in a jar by the cash register that still haunt my dreams. I have no idea what they were but they were always my prize for being chill while my mom flipped through the racks at Thrift City next door. Also, I love baleadas. Like, if there was a you-can-only-eat-one-food-forever type scenario, they’re definitely my pick. A baleada is basically just a big flour tortilla folded over some type of filling. The ones I ordered here were filled with refried beans, avocado, scrambled eggs, crema, and cheese, and they were so homey and comforting. The tortilla was homemade and very fresh, and the filling was well-balanced. It was also really inexpensive; you could come here, just order a baleada, and have a totally satisfying lunch for less than going to a fast food spot, which I absolutely plan on doing in the future. Honduran enchiladas are a totally different beast than the enchiladas you’d encounter at a Tex-Mex joint. They’re more like a tostada: a deep-fried tortilla loaded down with meat, cabbage, cheese, and a sliver of hard-boiled egg. Perfection. One note: don’t bother with the pupusas which, honestly, I should have known since pupusas aren’t Honduran, and thus weren’t the best. But if you want incredibly authentic-tasting Honduran fare, this is the place for you. 10/10 Racks At Thrift City

Vucinovich’s
(4510 Michoud Blvd.)
Vucinovich’s is one that a bunch of people told me I needed to check out. To be honest, I’m not entirely sure why. Like, it’s perfectly serviceable New Orleans-type food (seafood platters, po-boys, random lunch specials, etc.), but it wasn’t the best of its kind, and it wasn’t worth the drive out there. The fried shrimp tasted like fried shrimp always do, and the french fries were perfectly serviceable, but nothing special. I tried their hogshead cheese, which was quite tasty; but again, I’ve had similar (or better) elsewhere. Vucinovich’s was one of the most singularly bizarre restaurant experiences I’ve ever had, though. The building is sort of tucked away by itself and has a huge parking lot that sort of peters out into wilderness. The owner, who was working the cash register, insisted on speaking to me in Italian, because he told me that I “Looked like a nice, old-fashioned Italian girl.” I’m literally not any of those things—except, I guess, a girl—although since I’m in my mid 30s, even that’s a stretch. The walls were plastered with cowboy imagery and pro-gun propaganda, which is fine, but also just kind of odd. And literally everyone in the place, except for me, was NOPD. The whole thing left a strange taste in my mouth, and I’m still processing it, which is a really weird thing to say about a casual lunch. I don’t know, y’all. I just don’t know. 4/10 Nice, Old-Fashioned Italian Girls

Walker’s BBQ
(10828 Hayne Blvd.)
I got some flack for not going to Walker’s back when I reviewed barbecue spots, and I accept full responsibility. I just didn’t know it existed, which is kind of wild since they’re apparently very well known for their cochon de lait po-boy at Jazz Fest (which they do have on the menu, but did not have the day I went in). I ordered ribs, half of a chicken, baked beans, and potato salad. The ribs were excellent: the skin was sweet and well-charred, and the meat was tender and pulled away from the bone easily. The barbecue sauce came in little ramekins on the side and was sugary without being cloying and lightly tangy. I was less impressed with the chicken. It wasn’t bad; it just wasn’t as good as the ribs. The baked beans and potato salad were both serviceable; but again, the ribs were the real stars of the show. My dining companion noted that the meal tasted like “dad barbecue;” and damned if she wasn’t right. This was the homiest-tasting barbecue I’ve ever had at a restaurant; and that, in and of itself, is a reason to check them out if you haven’t before. Also, Walker’s BBQ is in the same building as Castanet, which is a bustling seafood market, where you can get large-scale quantities of fresh, live, boiled, or fried seafood, and all the accoutrements and accompaniments you might need. I plan on hitting them up the next time I need party food! 8/10 Dad Barbecues