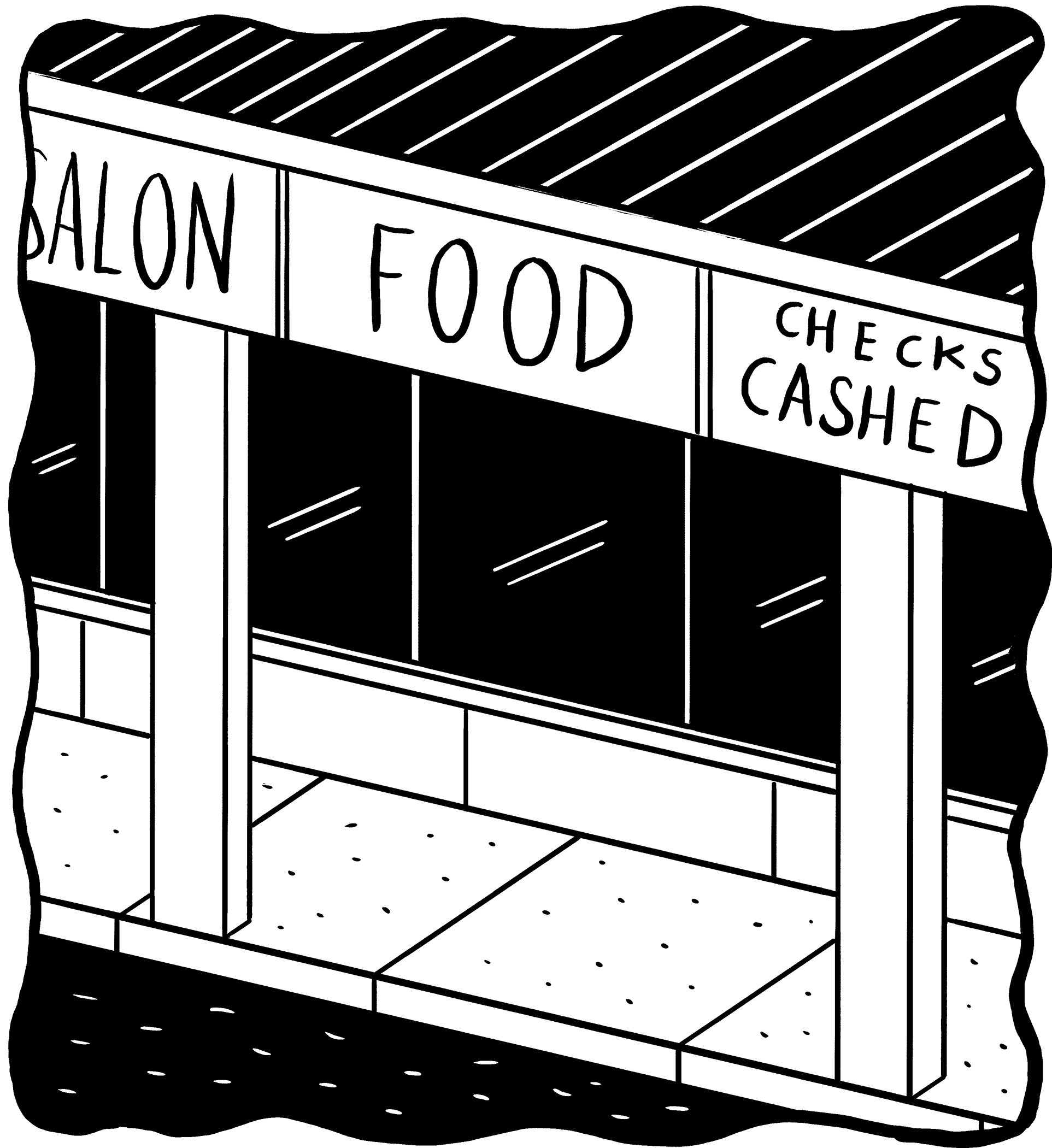 I grew up mostly in New Orleans proper and, thus, did not realize that strip malls are where other, um, more “modern” cities keep the majority of their restaurants—even their non-chain restaurants. I was legit shocked the first time I ever ventured to a large city with a more suburban layout to discover this fact (shout out to Houston). As such, I’ve tended to be a bit of a snob about strip mall eats; like, food should live in its own building, right? It shouldn’t just be nestled between a nail shop and a Boost Mobile! Well, guess what, I was wrong, because there are some really amazing places hidden in those nondescript landscapes. Like everything, this is probably part one of a thousand, because there are just so many.

Wah Kitchen
(2401 Veterans Blvd., Kenner)
Wah Kitchen is a Pakistani restaurant that’s way in the back corner of an L-shaped stripmall in Kenner. The decor is semi-confusing. Every holiday seems to be represented: Mardi Gras beads dangled languidly from the storefront window, a Christmas wreath was perched near a television set, those flowers that old men hand out at the Irish-Italian parade festooned the tables. I don’t know, it kind of worked and managed to be charming in a grandma’s-house sort of way. The server (who I think was the owner—there’s a large scale photo of him holding a big fish on the wall) was very nice, and two elderly ladies were back in the kitchen cooking. It felt really homey and genuinely sweet, which is maybe an odd thing to think about a restaurant. I ordered veggie pakoras, mattar paneer, two types of naan: garlic and keema (naan filled with ground beef and cilantro), chicken tikka masala, and gulab jamun (those doughy balls floating in honey and rosewater) for dessert. The veggie pakoras were totally different than the little deep fried strips I’ve come to expect; they were patties, roughly the circumference of a golf ball, made of onion, peas, and spinach. They were lightly breaded and fried, and served with a very hot and sweet red chutney. I ordered the mattar paneer mild, and the masala, spicy, to see what the heat differential would be. Honestly, there wasn’t much difference—the red chutney that accompanied the pakoras was the hottest thing I was served. The mattar paneer had a much less creamy texture than I’m used to, but also a much more complex flavor. The sauce on the chicken tikka masala was absolutely perfect, although it definitely had a bit of a West Indian taste to it (which, of course, makes sense, since so many of my favorite Caribbean foods were influenced by Indian and Pakistani cuisine). The naan was not my favorite. I found the texture almost rubbery—perhaps the dough was a bit overworked? But everything else was so lovely that I’m willing to forgive the naan. Oh, and the gulab jamun were just as decadent as I was hoping. I’m excited to go back! 9/10 Old Man Flowers

Phoenicia
(4201 Veterans Blvd., Metairie)
Phoenicia is such an oddball of a restaurant. It’s sort of tucked away behind the Chili’s on Veterans Highway. The space is cavernous and dark, and always feels oddly empty, even when other diners are there. The artwork on the walls is vaguely unsettling: bright, colorful, aggressively oversaturated nature scenes that just feel off, somehow. Skies shouldn’t be that blue, the trees are too close to the viewer, the flowers are too vivid. The whole thing has an air of suburban dystopia that’s both mildly pleasing and also completely off-putting. As far as I know, Phoenicia has been there forever (I mean, at least since I was in high school, which was, well, a while ago), but it’s just not a place that I ever think about. I ordered a lot of items to get a feel for the food and my favorite dishes both ended up being appetizers: the batata harra and the moujaddara. The batata harra is made of chunks of spiced potatoes sauteed with chopped garlic, crushed peppers, and cilantro. It was like the best plate of hash browns ever; I really want to eat this for breakfast! The moujaddara was a puree of lentils and rice with caramelized onions. It’s surprisingly bright, sweet, and tangy. Everything else is exactly what you would expect from a Middle Eastern restaurant. Like, the falafel was good, but not the best I’ve ever had (see the March 2016 issue for my falafel feelings). The chicken kabob was perfectly fine, but again, nothing spectacular. Still, if you happen to be out that way and hungry, I’d recommend popping in. Why not? 7/10 Suburban Dystopias

Le Dalat Vietnamese Cuisine
(2645 Manhattan Blvd., Harvey)
Le Dalat is in that stripmall on the corner of Manhattan and Lapalco, where the Party City and the Blockbusters used to be. You know, the one with the Tutti Frutti and the Popeyes? While I’m a big Tutti Frutti froyo fan (toppings which include mochi, boba, and hot fudge? Don’t mind if I do), I wasn’t sure exactly what to expect from Le Dalat. First off, it’s huge. It’s one of those restaurants with a stage and a karaoke machine off in the corner; large scale, seemingly random, digitally printed posters decorate the walls. The furr down above the bar (the overhang covering the HVAC units) is underlit in ‘90s style neon lights in Lisa Frank colors. I’m into it. OK, on to the food. We ordered the “House Platter To Share,” which consisted of egg rolls, chicken wings, shrimp paste in bean curd skin, and spring rolls. We also threw in the Tom Chien Bot (fried shrimp) for good measure. The shrimp paste in bean curd skin was a rectangle of smashed up shrimp inside of tofu, and it’s VERY good. Who doesn’t want shrimp-flavored tofu? The Tom Chien Bot was nice and lightly battered and served with a Sriracha mayo. The shrimp were crispy and well-fried without being greasy. But the real appetizer star were those wings! Yes, yes, I’m a wings superfan, but these wings were excellent. I’d easily tie these with my ride or die: Tan Dinh wings. They were sweet with just a hint of heat, and the skin dissolved in my mouth. Excellent. For main dishes, I tried the vermicelli with grilled pork and egg rolls, as well as the stir fried vermicelli with grilled beef. I’m honestly not sure what the difference between the regular vermicelli and the stir fried vermicelli is, exactly. Like, the vermicelli itself wasn’t stir fried, so they were pretty much indistinguishable. Nonetheless, they were both excellent. And their fish sauce is sort of sweet? Interesting. Anyway, just for funsies, I’ll try something else next time I go, as the menu is very comprehensive. 10/10 Smashed Up Shrimp