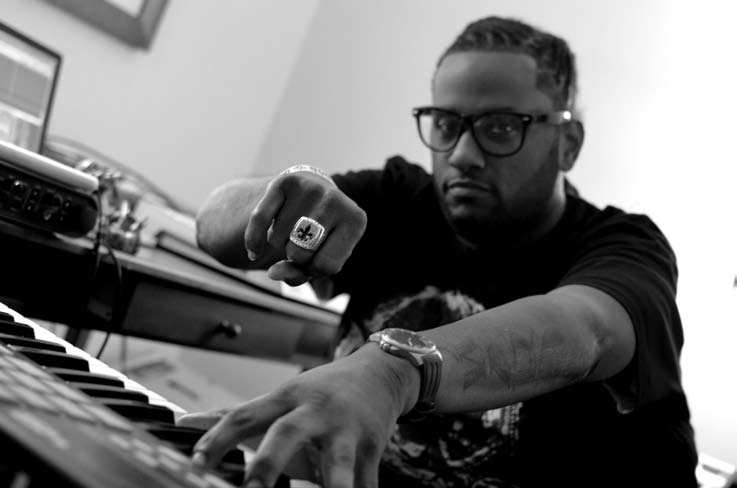 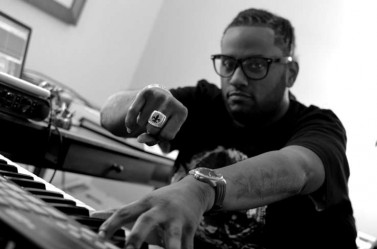 Roland “Big Ro” Smith has been in the game since rap music was a snotty- nose child riding handle bars. Before helping found Cash Money in the early ‘90s, Ro was only 14 years old when he first got behind the 1s and 2s and started spinning records. “I was a DJ and I got a good ear for mixing. I used to go over to my boy’s place who had all this stuff at his house and he said I should start making beats. After that I went straight into it, didn’t finish school, just went straight into music,” says Ro. Since then he’s had a front row seat in the development of hip-hop, helping put the South on the map when nobody thought outside an East Coast/West Coast mind set.

“Back then we used to sample off of cassette tapes; I went from that to the [Ensoniq] ASR-10 keyboard,” says Ro. After sharpening his skills in beat production, he met the Geto Boys at a hip-hop convention in New Orleans. This influenced him to move to Houston to pursue his career. While in Houston, James “Lil J” Smith gave him his first break, signing him to work with Rap-A-Lot Records. “I had a chance to be part of something history-making,” he says.

Ro came back to New Orleans and helped found Cash Money Records, along with Goldfingers, Baby, and Slim. “I was a part of the beginning when we recorded the first artist on Cash Money, Kilo G, and went from there,” says Ro. At the time, bounce dominated the small hip-hop scene that was in New Orleans. Ro’s work with Kilo G, largely inspired by the Geto Boys, marked the emergence of gangster rap out of New Orleans. “Back then, there wasn’t nothing here in New Orleans,” says Ro.

Since then, he’s continued to work with emerging artists, helping them put their names out in the early stages. “A million people can make beats, but not everybody can be a producer. A producer can produce a sound, the beat, concept, and develop an artist,” says Ro. He’s currently developing two young artists, Fatt and Joan Juliette, with Rich Life Entertainment. “They’re from New Orleans, but they’re not local; we ain’t doing nothing local,” says Ro, who likes to draw a distinction between local artists that circulate the New Orleans  music scene and emerging artists that happen to be from New Orleans, looking to go national.

When Ro was emerging, people didn’t take Southern artists seriously. It took years of hard work and dedication for these artists to escape the stigma of being from the South, and be looked at as being on the same level as the rest of the rap scene. That’s why many artists from the South are skeptical of being labeled Southern.

He was fortunate enough not to have to worry about being put into the Southern label box, since he was constantly traveling after his early days with Cash Money. “I was everywhere. I went to California for a bit. I traveled to about 20 different states doing music, so my ear was different,” says Ro. His current studio set up is located in a hotel room at a Travelodge on the Westbank, reaffirming the fact that you don’t need a professional studio environment to make music. For equipment, he uses computer programs like Reason and Pro Tools, but says he prefers the more hands-on experience of his MPC and a Native Instruments Maschine. “I’m an Akai man,” says Ro. Part of his skills as a producer come from his background playing the keyboard. Ro says he learned everything by ear.

He’s kept up with the craft so long because he loves what he does and loves music. “It doesn’t matter if you get on a song and say ‘I’m a crazy, crazy, crazy white boy’ or ‘Our father who art in heaven’ or ‘Don’t do drugs’ or ‘Smoking weed is the best.’ People can try to distinguish race and color but at the end of the day it’s all about the music.”