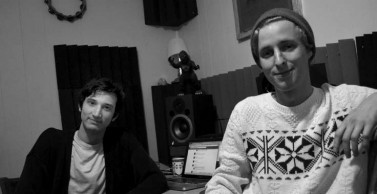 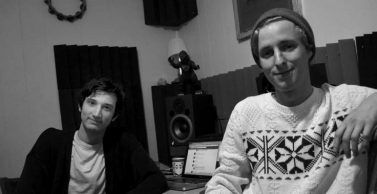 Ross Farbe and Michael Hohan have been playing music for nearly their whole lives. Farbe started taking drum lessons when he was eight years old and Hohan caught the music bug in 4th grade when he got his first guitar and amp. Since then they’ve gone from practicing alone to fronting their own bands. Farbe leads the pop psyche band Native America and Hohan heads the Tix. After years of playing music, they felt the urge to start recording their work. “I think I was 17 when I downloaded some really crappy free recording software on my parents’ computer to record a cover of ‘Happiness is a Warm Gun,’” says Farbe. Hohan’s introduction to recording wasn’t much different: “My cousin downloaded some early recording software on my computer when I was 15 or 16, and I recorded with my shitty computer microphone for a bit. It was mostly really bad covers of Hendrix or the Beatles, but that’s when I first started thinking about song orchestration and layering different instruments.”

They were both fortunate enough to grow up in an era that enables entrepreneurial musicians to put out their own work without the help of professional studios. Currently, Farbe and Hohan are operating a home studio out of their shared apartment space in Mid-City, applying the skills they’ve acquired in recording their own music to young musicians looking to get themselves heard.

“During my Freshman year at Loyola, I had a really great teacher named Paul Botelho who got me into recording. I started to see it as another layer of art in the process of making music. A recording engineer is an artist just like a photographer or a painter. They choose how to depict something. I love that,” says Farbe.

Hohan says he had a bad experience in a professional studio that turned him off of that kind of recording environment. They both like to emphasize comfortable, pressure-free environments. “Home recording is a no pressure situation, which allows me to feel comfortable enough to get a good take and allows for virtually endless experimentation because there’s no pressure to work within a budget,” says Hohan.

Farbe likes how the home environment affects the end product. “It’s all about everyone being relaxed and comfortable. If I can find a place where the band is comfortable, I can fit the recording to that situation,” says Farbe.

Hohan has been recording his own work with the Tix and Trampoline Team for the last two years. Farbe has had his hand in recording quite a few emerging New Orleans bands over the last five years, like High in One Eye, Donovan Wolfington, Woozy, Dominique, Caddywhompus, Babes, Ben Jones, Human Like Me, and Pope. Farbe has also worked with Chris George at the Living Room. The two have collaborated on recording projects with Television Man and a brutal metal band called Abysmal Lord.

Besides their interest in recording techniques, the two have a passion for hunting down and acquiring gear for their own recordings. They both agree that the best music stores in the city are Webb’s Bywater Music and International Vintage Guitars. Some of Farbe’s favorite pieces of equipment are a Gretsch hollow-body guitar, 64’ Ludwig Supraphonic snare drum, Traynor YRM-1 amp head, Japanese Fender Mustang, and a Roland Cube 100 amp from the ‘70s. Hohan is particularly fond of his Fender Jaguar, Gibson J-160e, KJL amp head/ cab, AKG414 mic, TS808 Tube Screamer (the remake of the original, not the lame other one that looks different), and an RCA 44B ribbon mic from the ‘40s.