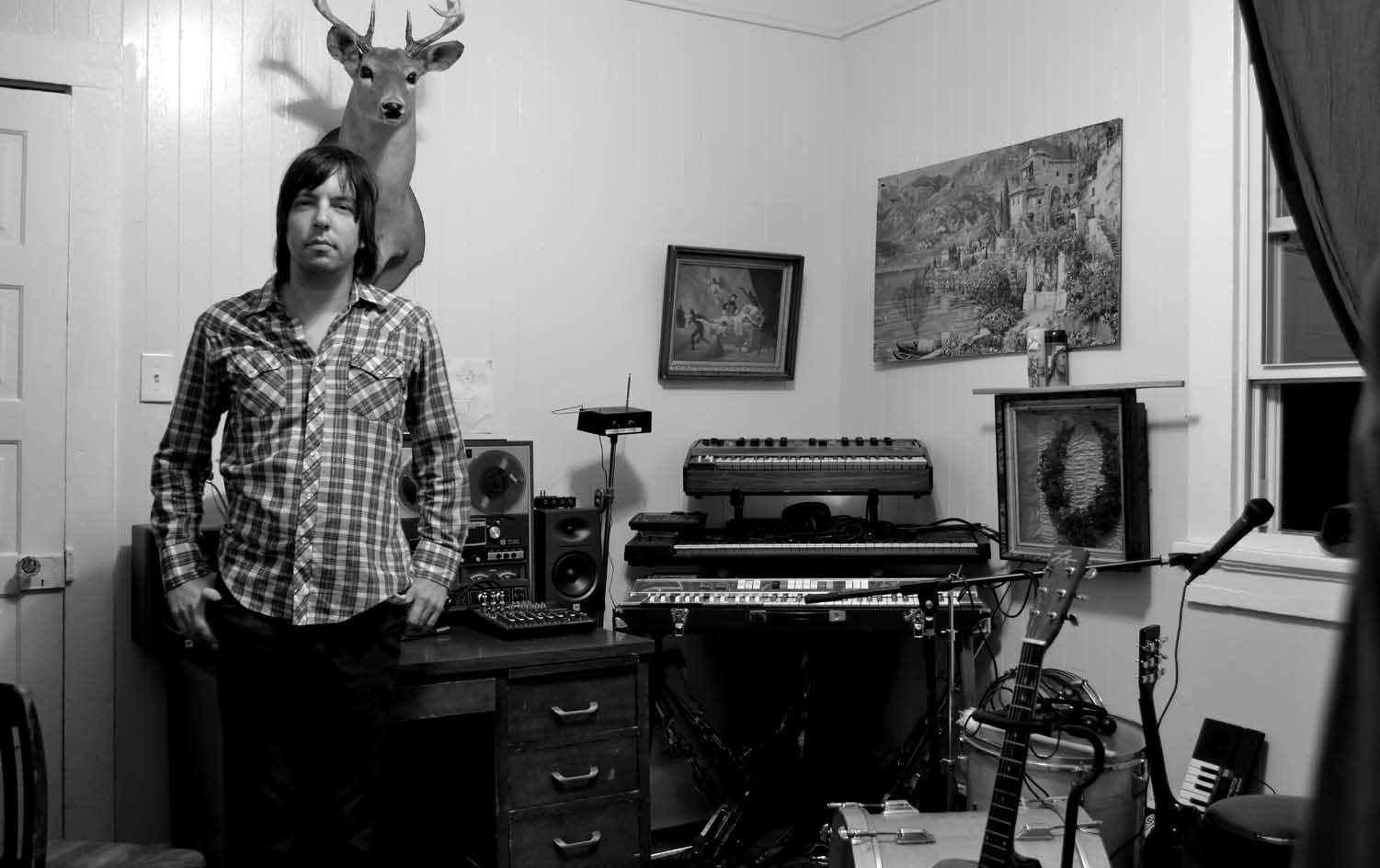 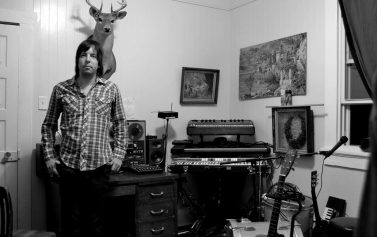 A good psyche rock album should be a full-on experience. It comes on strong, gets a little weird in the middle and finishes with a bright epiphany,  leaving the listener a bit confused about the whole experience—but happy to have gone through it. It’s a time- honored musical tradition started in the late ‘60s and still being kept alive by Bipolaroid with their upcoming  release Twin Language. “Psychedelia is like pornography; difficult to define but easily recognizable” says frontman Ben Glover, who’s been writing songs for over a decade now.

The new record is a step away from the orchestral sounds of his first release in 2003, Transparent Make-believe, keeping songs short and simple. “Every record we try to do something different than the last one. We’ve got four albums  now and we’ve been around for ten years.” says Glover.

Bipolaroid is a collaboration of experienced New Orleans rockers  who have been kicking around the local music scene for years. The new album features King Louie Bankston,  who joined the band in 2009 and was featured on their third album, Illusion Field, on drums. DC Harbold of Clockwork Elvis and Hairy Lamb and The Help plays bass; Harbold is also the manager of More Fun Comics on Oak Street, where the band rehearses.

Besides being the singer and songwriter for the band, Glover has had a major role in the recording process for the last two albums. Once Glover has the tracks  recorded, he sends them off to the engineers. This gives him the ability to talk to the engineers during the mixing process and be able to pin point exactly how each track should sound. “I didn’t have much to do with the production of the first two records [Transparent Make-believe and E(i)ther Or], so for the third one [Illusion Fields] I said, ‘I’m going to record this record and I’m going to do it my way… Now I have more control of what’s getting in the mix and it’s sounding more like what I was initially trying to do with the band.”

Psychedelia is like pornography; difficult to define but easily recognizable

The recording process is a key element to making psychedelia, which often relies heavily on effects. Glover says he’s laid off heavy use of effects after the first two albums, noting that  “Sometimes, if you add too many effects, you can’t hear the lyrics.” Scaling down the effects also makes it easier for listeners to know what sound they’re getting into at live shows.

“I like to capture the band live for the drums and the bass. I like a lot of separation on the drums and the guitars  and the bass direct. I don’t really overhead very much. I do a kick drum  [mic], snare [mic], and then I mic the room,” says Glover. For the drums on Twin Language, King Louie had Lewis D’Aubin (Consortium of Genius) record  most of the drums with two overhead mics, a Shure SM57 on the snare and a Shure PG52 for the bass drum, as per Paul Webb’s recommendation. For the room, Glover uses two condenser microphones: a vintage German 1969 Neumann U87 and a field recorder.

For Glover, it’s not always about  the quality as much as the sound. “Sometimes it’s better to go cheap. I like a really shitty headphone amp because it drives all the signals, so everyone  feels like they’re playing a lot rougher,  heavier stuff.” He also uses a cheap Radio Shack microphone from the ‘70s. “It’s like $20,” says Glover.

“If you get too well recorded, sometimes it’s a let down. That’s why we like rehearsing at More Fun Comics,” says Glover. Bipolaroid used to rehearse at the old Fontainebleau Hotel on Tulane Avenue. “I hated it because the PA was too clean and too good.”

Over the years, the genre has seen decline and resurgence. Glover doesn’t approach the songwriting process trying to make something people may consider psychedelic, but it often comes out that way. “I don’t intend to make the songs psychedelic,  that’s just kind of how I think. People misinterpret it as being about drugs, which is not necessarily true. It’s a creative genre of the mind and some people use drugs to get there—or some people are just naturally that strange,” says Glover.

He’s currently trying to take Bipolaroid  away from albums and into more single releases. “I don’t want to do any more records; I want to do some 45s,” says Glover. Bipolaroid just completed a new single, “Knockin’ on Wood/Rollercoaster,” which he hopes to see released by Spring of 2014. The single is definitely a step away from past psychedelic releases, holding true to his desire to always do something different for each release.

Glover hopes to do some recordings at his Bywater home studio in his living room, where he recorded the vocals for the new single with his cheap Radio Shack microphone. “I’m still trying to get it completely up to snuff so I haven’t tried to do drums here. I’m aware there are limitations, but that’s also what makes it a creative space.”