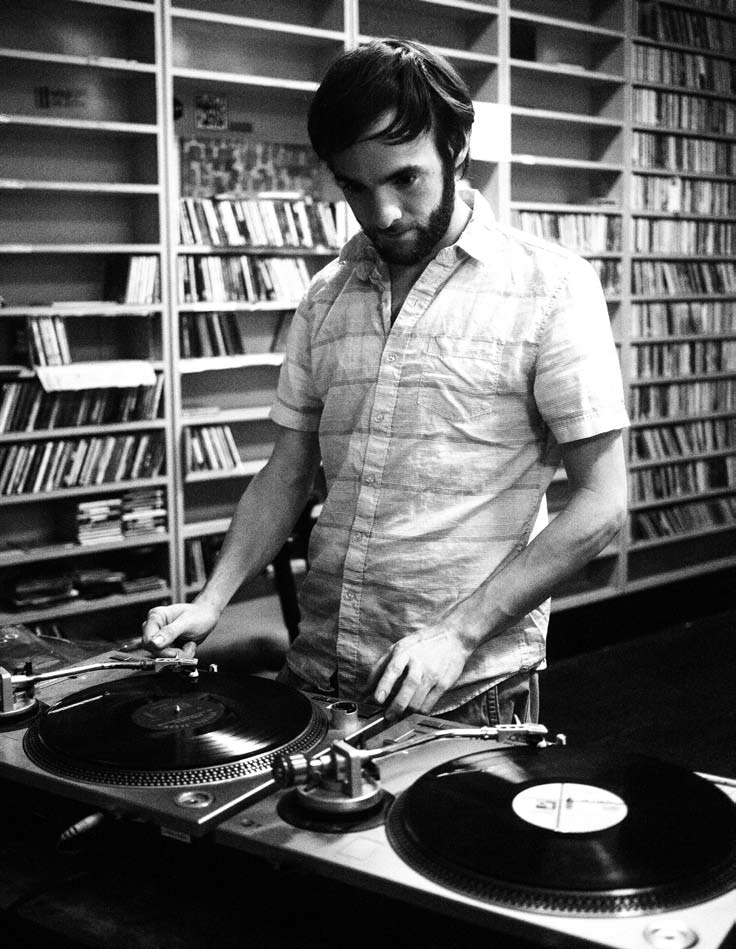 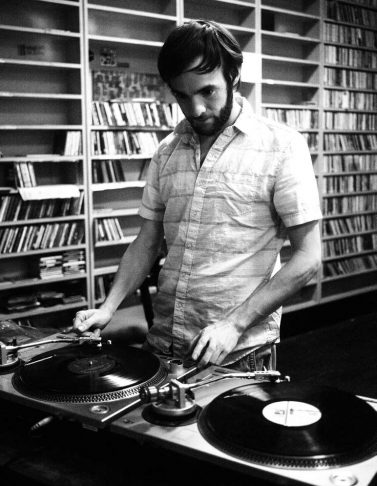 4 p.m. on Monday. You’re in your car, stuck in traffic heading home from work. The only thing keeping you from going completely insane is the playlist you put together the night before, cleverly titled “Traffic Jams.”

Suddenly, your precious portable music playing device runs out of battery and you begin to panic. You’re new to town so you don’t know what station to listen to and the last thing you need is Top 40 radio drilled into your ear. Randomly, you turn the dial to 91.5 FM. “Are you ready for two hours of aggressive guitar wails, out of this world energy, and wild teenage antics???” shouts an eccentric disc jockey. An ambush of speedy electric guitars, thumping bass lines, and raucous drum fills blast from your car stereo. The song ends and the DJ starts shouting names of surf rock gods you didn’t even know existed. You’ve entered Hunter King ’s “Storm Surge of Reverb” show on WTUL (airing every Monday on WTUL, from 4 to 6 p.m.).

The New Orleans native began his DJ career at Wesleyan University in Connecticut, in 2005. Since then he’s amassed a sizable record collection and managed to become one of the most distinguished personalities on New Orleans radio. “I’ve always sort of loved finding more music,” says King, who exposes listeners to undiscovered surf and rock’n’roll instrumental gems from half a century ago.

“I DJ out a little bit, but I think of myself primarily as a radio DJ,” says King. A big part of being a DJ is taking on the role of exposing people to new things. “I just found new sounds and I wanted more people to hear them; radio is a good way to do that… I listened to WTUL [growing up] and I found a lot of stuff that I didn’t know otherwise existed. That’s kind of what I came on here to do, to keep that going and show New Orleans the sound of surf rock,” says King. He looks at surf rock as an example of how much music there is to explore. “Every week I come up with two hours worth of surf rock. If surf rock is that deep, I think everything is.”

With so many different ways to listen to music in any given setting, some think radio may be on its way out. “A lot of people think radio is dying; I don’t think that’s true. I think so long as there  are cars with a radio unit inside, it’ll be around,” says King. The idea of the radio personality has changed since the golden age of radio that King uses as the basis for his high energy persona. “I’m sort of riffing on the old style radio shows from the ‘60s and ‘70s, but that’s not on any more. A lot of the kids that come here, their idea of a radio voice is NPR. I had a friend at Wesleyan that was one of the most energetic people I knew, but then when she got on the radio, she was one of the most boring people I knew,” he says.

“New Orleans specifically, we’re blessed. A lot of people see WWOZ and WTUL as opposite sides of the coin. I think we are an awesome sign of a wonderfully diverse radio spectrum in New Orleans. There’s WRVH, there are a couple zydeco stations that come in fuzzy. Parts of the country are wastelands for radio compared to here,” he says.

His relentless drive to find the music he wants to hear without putting any boxes around how he obtains the recordings is what separates his collection from others. “There wasn’t much surf rock in Louisiana. I try very hard to find the stuff that I want in Louisiana, but the truth is the guys in California have a lot more and they’re putting it on eBay. I was tracking down South American surf bands like Los Belkings. Obviously I’m never going to find that here,” says King. His copy of their “Tal Como Tu Eres” 45 is a prime example of a prized piece of music he would likely have never found on iTunes or in a Louisiana record shop.

As a music lover, surf rock is not the only genre in his collection. “I have sort of painted myself into a corner. In fact, when I left Wesleyan I thought, ‘I’m never going to play surf rock ever again.’ Then I came here and did some progressive shows for a bit and it just sort of creeped in there… It does get a little frustrating, but at the same it’s my schtick,” says King.

Beside being a radio DJ, King organizes the New Orleans record  raid, roughly four times a year (the next record raid will be held on March 28th). The record raid started with him meeting other music enthusiasts at yard sales digging for records. Since then it’s spawned into a full market showcasing every record freak’s collection in the city. Though he does love records, King defers to what’s actually on the wax: “The format is the least important thing. I think people get a little fetishistic about the format sometimes. I collect vinyl because it’s a good way for me to find music. There  were more decades recorded on vinyl than any other format and a lot of that’s pretty cheap, too. So for me just going out there treasure hunting, trying to find new sounds, vinyl is the way to go because that’s just where more music is,” says King. If you’re a music lover and want to get into vinyl, he urges people to jump right in and see what you fall in love with. “I think sometimes people try to come up with reasons why they’re collecting vinyl when they should just be collecting it. You don’t need a reason.”