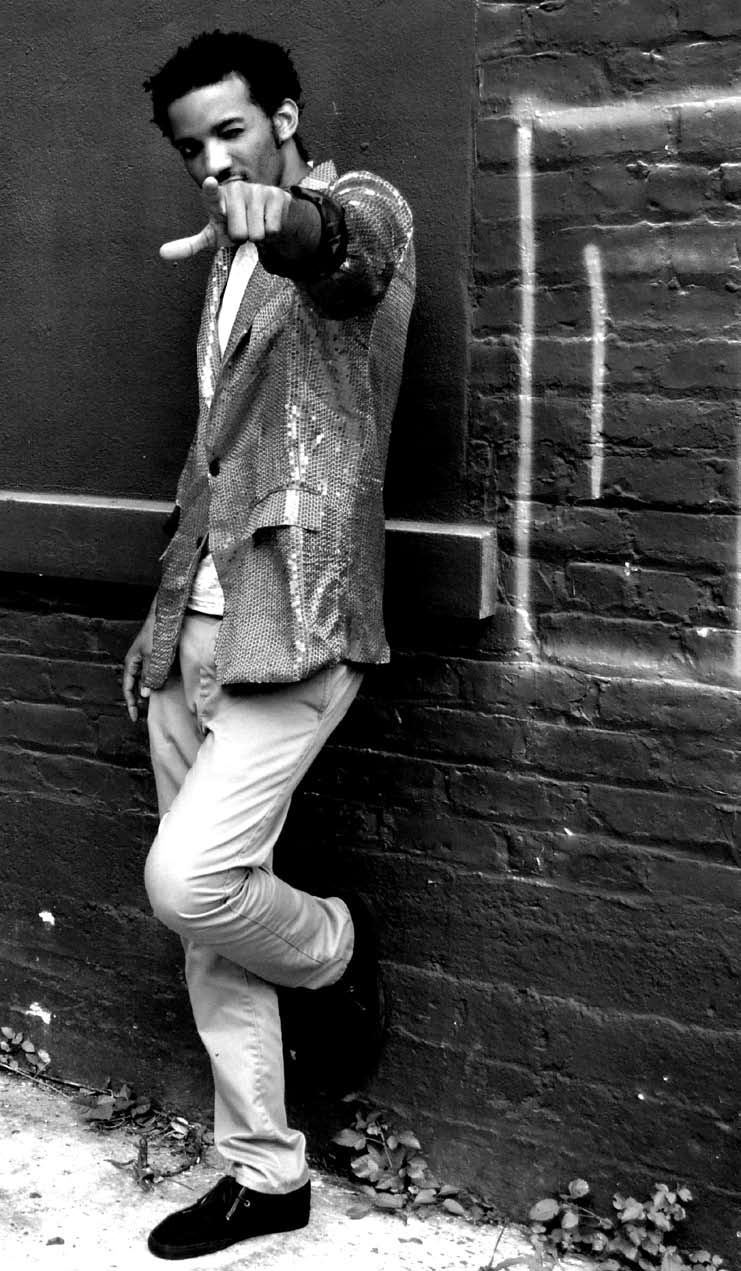 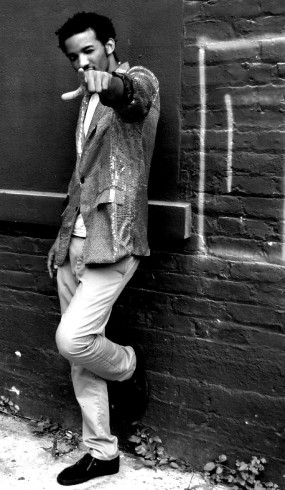 New Orleans native Jeremy Phipps has taken a background heavily steeped in traditional New Orleans brass and turned it into something completely different with the latest release, Cold Cold Wind, from his band Saint Bell. The 22 year- old trombonist has been playing music since he was a high school freshman at McDonogh 35, and has finally brought his talent into the professional recording environment at Music Shed Studios to create one of the most unique sounds New Orleans has heard in a long time.

“I started playing during the time of Katrina. It was basically just a way to alleviate boredom,” says Phipps. He picked up the trombone after having musical issues playing the trumpet. “The day that I picked up the trombone, I said ‘I won’t ever play trumpet again’ and I just put it down and never played it again. I wanted to be loud. Trombone is so loud,” says Phipps.

“When I was in high school, we would just play songs off the radio. It was stuff like Earth, Wind & Fire and we would play more modern stuff like Young Jeezy and Lil Wayne. We didn’t learn much musically but we had a whole lot of fun,” he says.

In 2012, he started to teach himself how to write songs and began the groundwork for the first EP for Saint Bell. He started traveling more and decided to branch off from what most people would consider New Orleans music. “I got into all these other styles and these different places and these different people thinking about music in a different way, and it made me want to stray away from the novelty of New Orleans music,” says Phipps.

After playing trombone with New Orleans indie rock band MyNameIsJohnMichael, he was further exposed to a different side of the music world. “I would be taking notes and would see all these different bands while we were touring. It got me really into it. I also played with Theresa Andersson for a while and I learned a whole lot from that,” he says.

Through exposure to these different genres and seeing how the creative process works, Phipps was inspired to do his own thing.

Cold Cold Wind took Saint Bell about a year and a half to record. “The first six months was writing the first couple songs, and by the end of the next year we had about 30 songs and we dropped that down to eleven. I’ve done so many albums and just kind of halfway done it; but with this one I decided I’m not going halfway, I’m just going full,” explains Phipps.

With the help of recording engineer Ben Lorio, Phipps was finally able to achieve the sound he wanted from Saint Bell. “He’s [Lorio] like half of the work. It was me and him working hand in hand,” he says. According to Phipps, having a good person behind the mixing board is everything when it comes to developing a musical idea. “Essentially they have the power to make or break your music,” he says.

Though he tried to get away from the New Orleans brass sound, it has still managed to be a big part of Saint Bell. “It’s like it’s not even a choice at this point. I don’t intentionally do it; it just throws itself in there. Actually, I try my best to not do it. But when I try to not do it, it just spills its way inside there and then all of a sudden we have horns on every song and I didn’t realize it,” he says.

Aside from arranging all the music for Saint Bell, Phipps also writes the lyrics. “Around 2011 I started to seriously teach myself all these different poetry techniques. Writing lyrics took me so long, so many painstaking hours of writing bad songs before I got something I liked,” he says. Lyricism runs deep in Phipps’ family. His older brother, McKinley “Mac” Phipps, was one of the most talented rappers in Master P’s No Limit label in the ‘90s. Unfortunately, Mac was sentenced to a 30-year jail sentence in 2001 on a manslaughter charge he claims he did not commit. The last song on Cold Cold Wind, “Waiting in the Sunshine,” is dedicated to his incarcerated brother. “It’s about him and how we’re just waiting to see what’s going to happen with him and his whole jail situation,” he says.

“As far as the musical style, like the drums, a lot of that stuff is inspired by those old No Limit records,” Phipps claims. He has a Roland System 100 that belonged to his brother. “It was responsible for some of the No Limit album stuff and I found it somewhere in storage. I use that and I get a lot of the synth sounds from that. The keyboard has a broken key and is all messed up but it has good sounds on it.” It seems no matter how hard he tries to run, New Orleans makes its way into his music. It’s these inherent New Orleans sounds threaded into Phipps’ music, even when he wants to branch off, that give Saint Bell its distinctive flavor.