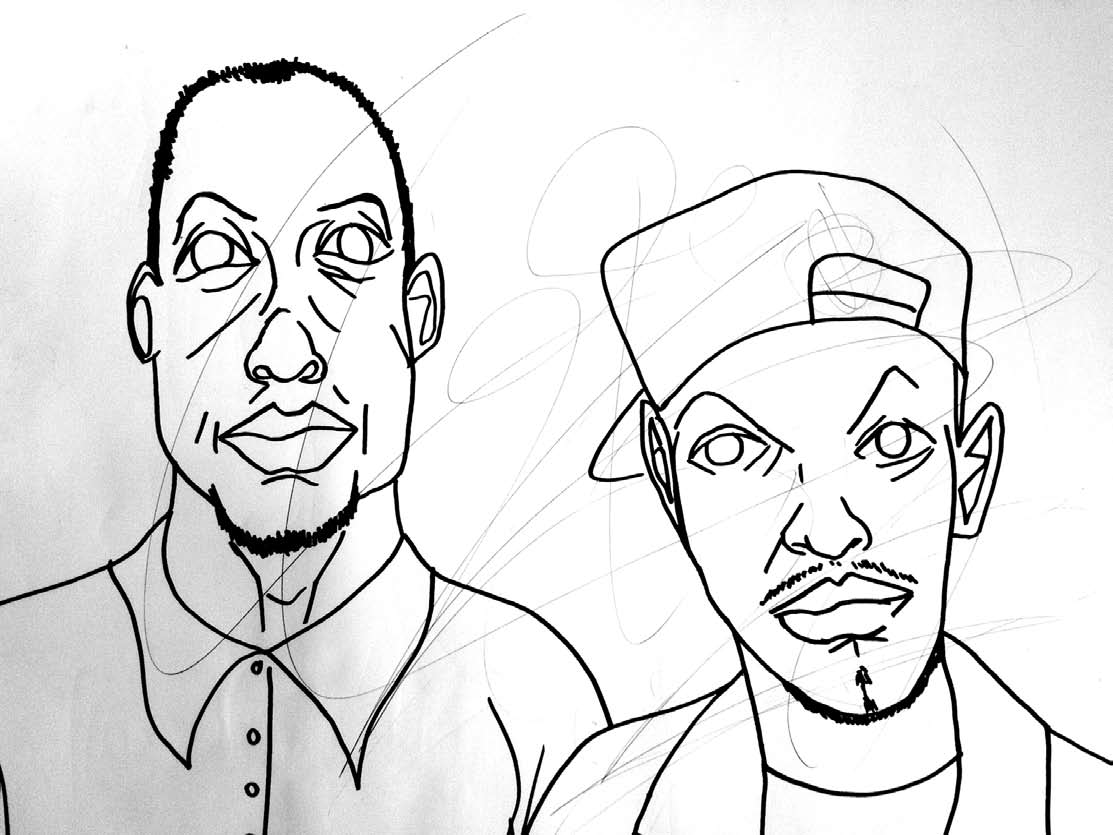 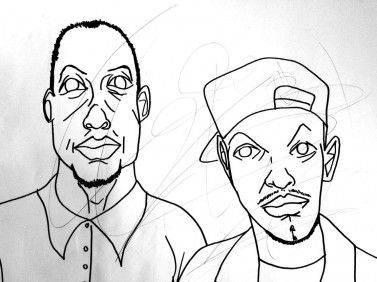 Great masters of all crafts understand the weight of their knowledge and the importance of passing it on to others, so the master can die, but the knowledge lives on. After the Buddha attained enlightenment, he spent 45 years teaching his wisdom because he understood its significance to humanity. The same can be said for J Dilla and his approach to the MPC 3000. Dilla achieved the closest thing to hip-hop enlightenment before his passing. Just listen to “This is It” followed by “Don’t Say a Word” on Old Donuts to understand.

Luckily he was able to pass his knowledge on to his peers. The Detroit hip-hop trio, Slum Village, is on a J Dilla tribute tour they’re calling “Welcome to Dillaville.” The group, originally featuring J Dilla, T3 and Baatin, now features T3, Young RJ, and Illa J, J Dilla’s little brother. (Unfortunately, they had to cancel their New Orleans performance on the night of the show due to promotional issues, but I was privileged to sit down with T3 and Young RJ about Dilla’s legacy and how he lives on through Slum Village.

“Dilla taught that to have timing without timing is everything,” says founding Slum Village member T3. “When people were quantizing beats, he was not. He would quantize certain things and then certain things he would not just so it’s on beat but it’s off beat and it had that swing, and that’s the swing of a natural drummer,” says T3.

T3 grew up with J Dilla in the Conant Gardens neighborhood of Detroit. During the creation of Slum Village in the early ‘90s, T3 witnessed firsthand the evolution of Dilla’s production. “The first thing that Dilla probably was, was a singer, because his family had a singing background. That was first, before he even messed with a beat. He knew melody and tunes before anything.”

Though it may be hard to believe, J Dilla was not a drummer before getting into production. “He already thought like a musician without being an actual musician,” says T3.

It was this natural, human sound that separated him from every other producer. “When people like Questlove heard Dilla’s production for the first time, they was like ‘This nigga playin’ like a real drummer,’ because it was on and off at the same time. Even with a real drummer there’s no such thing as perfect timing,” says T3.

As Dilla’s production outside of Slum Village began to gain more recognition, he decided to leave the group shortly after their release of Fantastic Vol. 2. He left on good terms and wanted to see the group succeed in his absence. “He told me to keep it going when he wasn’t even in it. Even when I felt like I couldn’t keep it going,” says T3.

Using the skills Dilla passed on, T3 was able to keep the same production style Slum Village was known for. The problem many music lovers have with music made by computers is the lack of musicianship and absence of feeling. Most Slum Village production is able to get past this electronic pitfall. People tense up when constructing music with a machine and tend to make sounds that are structured like a machine. “When people get on the machine they think timing and they think structure, but you gotta have timing without having structure,” says T3.

It all stems from Dilla’s wabi sabi philosophy toward music. It’s beauty through imperfection. “It’s like a Kung Fu teacher. The funny thing about Dilla is he wouldn’t teach everybody everything at every time. He’d teach you this, and him [that]. He didn’t want anybody to have the whole formula. So in order to get the whole formula you would have to get everybody that he schooled in a room together. The whole thing about me and J [Young RJ] is we got 3/4 of the formula from me being there from the beginning and him being there as a young kid coming up,” says T3.

Figuring out the Dilla beat formula is a bit like trying to solve pi. It is formulaic and there is much to be learned from studying the formula and seeing how far it goes, but there is no end. “There’s definitely a Dilla formula. We had this thing like

‘What Would Dilla Do?’ Not that we were copying him, but he gave us an essence about things,” says T3.

Young RJ currently does the majority of the production for Slum Village. “Dilla taught me himself how to make beats. He kind of taught everybody so we could keep it going,” says Young RJ.

Another key element to good production is the ability to create new sounds out of existing music. A good producer finds samples in places most people would never think to listen for. “His ear was so in tune that he could chop up little bits of sounds and make whole melodies. That’s something he taught me and J and that’s something that most people will never get,” says T3.

“Dilla always taught us to run everything analog before we go digital, even when digital was out. He would always make sure he would run through analog because it’s a warmness that you can’t replace and that’s Detroit,” says T3.

The musical legacy of Detroit played a huge role in shaping Slum Village’s sound and everything else Dilla touched. “We definitely grew up on Motown and techno at the same time. That’s the essence of our whole music, it’s always going to be techno and soul influenced,” says T3.