It’s a hot August Wednesday and I’ve washed up ashore in aquamarine waters. A mirage of a Patrick Nagel-esque retail space appears and soft, thumping synths beckon me inside as I turn my back from the glittery water. Expecting to hear “Rio” by Duran Duran, I am instead greeted by a sleek A.I. torso queen in cat-eye glasses.

I’m not dreaming, and I have not left New Orleans. I am playing “Virtua Mall,” a retro-esque video game for Mac and PC that showcases the sounds of synth chanteuse Delores Galore (a.k.a. Gabrielle Washington) and her creative partner Pearce (a.k.a. Dexter Gilmore), the duo better known from Sexy Dex and The Fresh. While musicians everywhere have been struggling to adjust to the changing music business landscape, Washington and Gilmore have adapted by literally creating their own world. According to Washington, she and bandmate Gilmore wanted to find “a new and interesting way to distribute visual art and music in a way that felt interactive to people, being that we cannot perform physically in front of an audience.” While she still sequesters herself away to compose music via Ableton for her solo project, Washington and Gilmore take their combined sounds a step further.

Looking at the pastel Miami Vice-esque visuals in their “Virtua Mall” collaboration, gamers are instantly transported to an ethereal neon sphere where the true stars are the San Junipero–like beats of Delores Galore, Pearce, and other independent artists from the New Orleans music scene. The game plays out like an Italo disco version of Myst directed by Jim Wynorski, where you can navigate the familiar yet futuristic virtual mall that houses a movie theater (showcasing local videos at that) and an arcade where you can play a game within the game, the somehow soothing “Alien Skrilla” first-person shooter. There’s just something about aiming mindlessly at space invaders that adds to the game’s tranquility-inducing escapism. On the second floor of the mall, players can guest DJ in a pulsating club full of gyrating dancers.

“The idea spawned from our live stream series ‘The Chamber,’ where we play music videos from independent artists, so we thought, ‘How could we experience all of these artists in one place that felt like a virtual experience?’” Washington calls attention to the entrepreneurial aspects of the game. “In classic mall fashion, you will see a kiosk where you can purchase music from artists’ Bandcamp.”

According to Gilmore, the two started learning how to code from YouTube tutorials which led them to the completely free, cloud-based 3D software Unity. (According to the company’s site, Unity is “the world’s leading platform for creating and operating interactive, real-time 3D content [that] enables you to quickly create, easily operate, and fully monetize your game.”)

“The software we use has a huge community that wants to learn Unity for video game creation and we use Blender to make the objects in the game,” says Gilmore (Blender being another free 3D creation platform). Washington has high praise for the creative force and founder of Blender, Ton Roosendaal. In contrast to multipotentialites like Elon Musk and Jeff Bezos, Roosendaal seems to just “want people to create and not make money [off of them].”

Speaking of money, it is not out of desperation that Delores Galore has generated her virtual space. The artist insists that as a Black creative, she is selling more music than ever before. “One of the reasons [for this] being that people have realized that Black artists are under-represented, undervalued, and oftentimes go unheard. I feel with people being isolated and stuck at home they are able to reflect on how they have contributed to that and how they would like to fix that issue. One solution… actually buying and searching for Black artists’ music you enjoy. I really hope it is not a fad, because there are so many Black artists out there doing really cool things, and they need to be heard. I do have this thought that funds may run out, but then I think about people out there that have way more money than I, and how they can support artists long term. We will have to wait and see.” 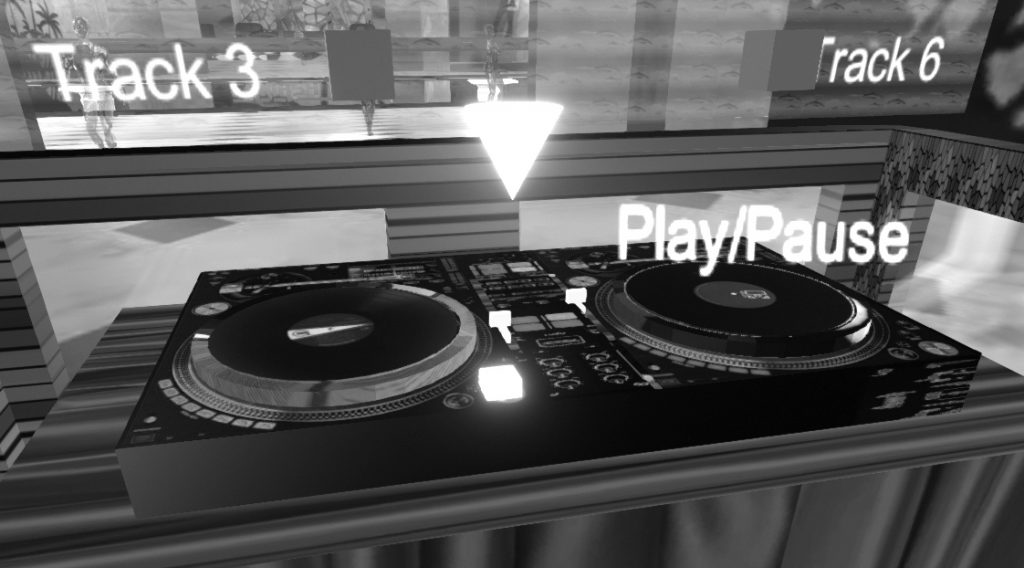 Virtua Mall 1.0 is available for purchase and download at virtuamall.net.