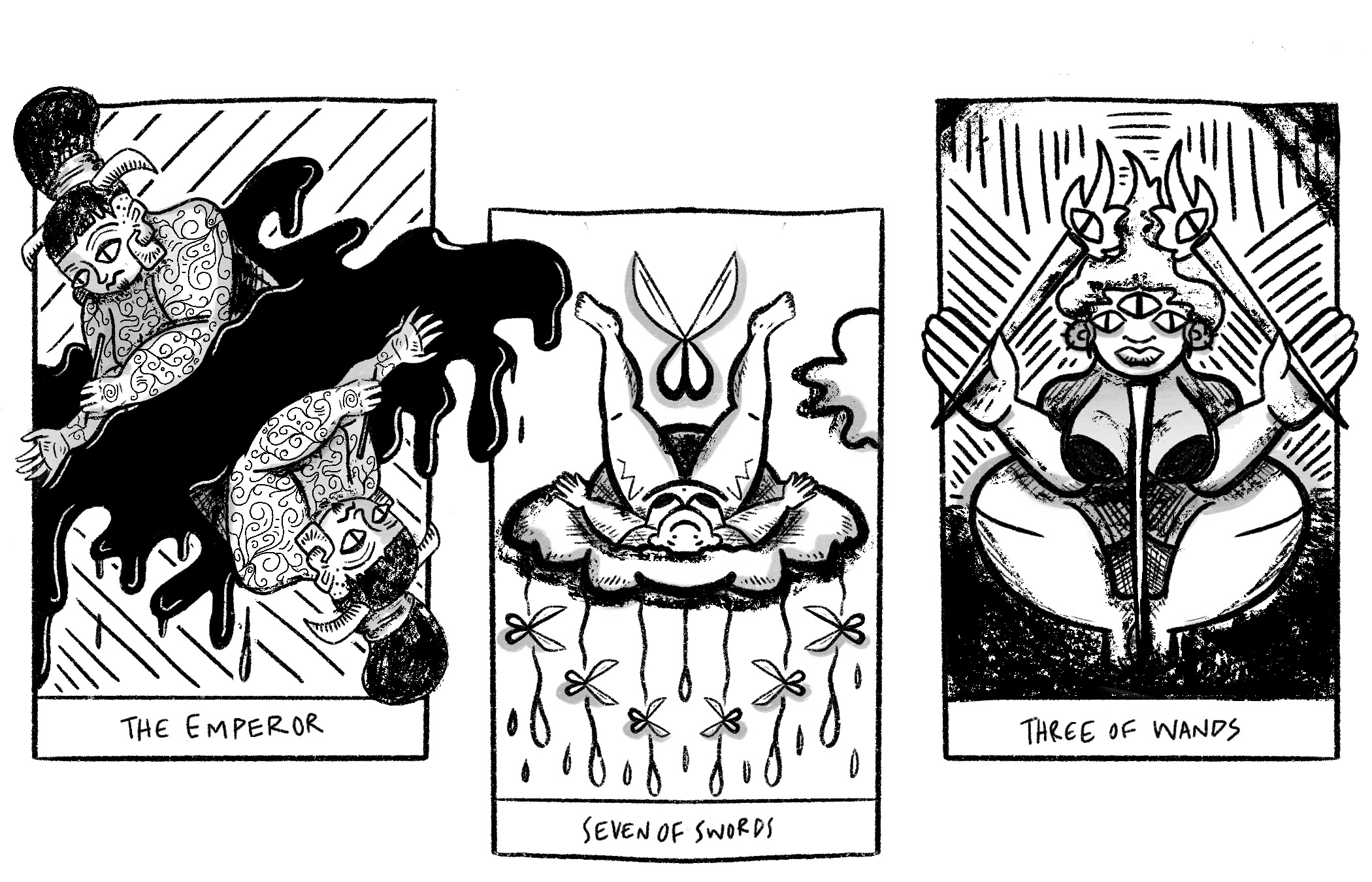 THE EMPEROR § SEVEN OF SWORDS § THREE OF WANDS

The Emperor keeps a quite large book full of frightening tales that regulate our behavior, influence our desires, and manufacture our consent. He knows a material culture is held together by the stories its members tell about themselves, and one another, and their histories. We catch only a glimpse of the Emperor because he is moody right now and feeling untethered by his own insecurity. When the Emperor feels desperate he is likely to cast spells of confusion and plant reasons for pre-existing paranoia to seem justified. The Emperor needs to mislead and he does it with stories that twist and complicate matters, the more trivial the better. If we want clarity we are best advised to follow the debt—not the money.

These weeks of late Autumn will reveal double-dealings of every magnitude and upheavals should be expected. The Seven of Swords is a card infused with action and motivation, though both are likely ignited by negative outcomes and circumstances. Still, we will have the clarity and the burst of adrenaline we need to cut our losses and move on. As we take steps in a new direction, we realize we are no longer the person who could even live the life we are no longer chasing. In the meantime if you have suspicions about a person or an organization, follow through on your doubt and look deeper. Catalytic events are likely to accelerate processes in both our personal and political lives. We may wish we had more to work with. But we don’t and we still land on our feet.

The Three of Wands is exactly the solid ground we need to make that landing and we can count on it to be there. In the Three of Wands our most fierce passions have been routed in such a way that they burn both bright and constructive. This card is known as established strength and it is a marker of accomplishment. It means we have skills that we have developed, it means we have experience with what works and what doesn’t, it means we have the data to back up our claims. The Three of Wands means something of worth has been entrenched through efforts made over time. We land on our feet because the foundation is made of networks of individuals with diverse abilities and knowledge. This is a transformative time. May we stretch to meet the next phase of ourselves.