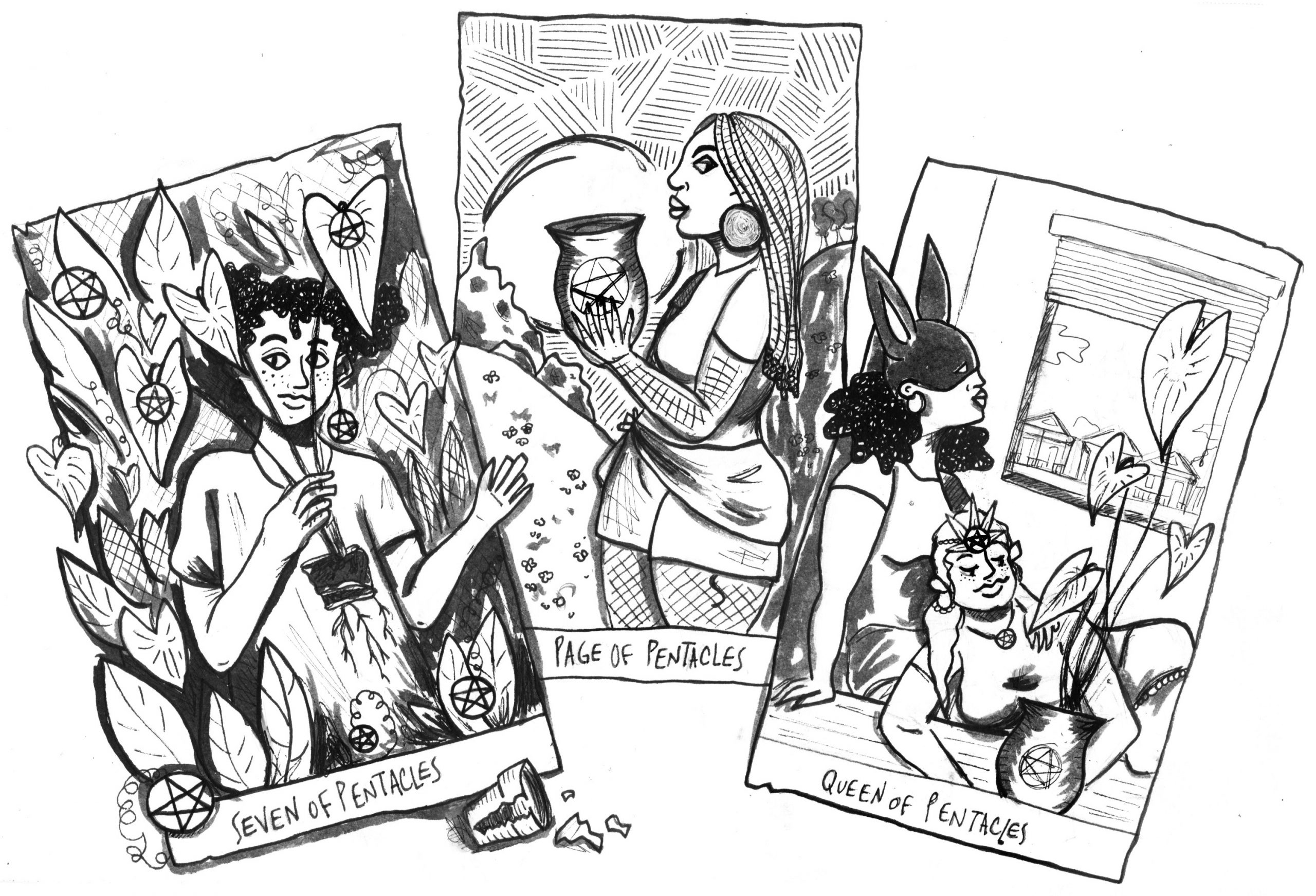 The Pentacle represents the element of Earth. In Tarot philosophy the suit of Pentacles details our material reality. We may understand the Seven of Pentacles as a suggestion to make time for a serious evaluation of our toils and troubles, to question what we believe, why we believe it, and to review where we invest our efforts. An unquestioned belief might be very different from an unconscious belief but the consequences wield identical impact. We are fortunate to greet the Page of Pentacles for a serious pragmatic discussion. The Page of Pentacles reminds us that we are always the student and as such remain ever young. She unfurls her scroll to reveal a message from our friend the Queen of Pentacles. This Queen is known for her grounded sensibilities, her extraordinary patience, and her wisdom in the physical sciences. Her message to us:

There once lived a man named Herbert Spencer who considered himself quite wise and he coined the phrase Survival of The Fittest. It was Mr. Spencer who penned this spell, not Mr. Darwin as is the popular claim. Mr. Spencer was known as a sociologist, though in his day that meant a blend of economist and social engineer. He was, to be clear, both a eugenicist and a friend of the Darwin family. The words Survival of The Fittest is a phrase from Spencer’s theories regarding the elimination of “unwanted” persons and genes from society at large. The phrase has never described the true machinations of life, much less a recipe for how to thrive. The phrase finally appears in the 5th edition of On The Origin of Species and goes on to make history, of course, by supplanting itself over Darwin’s theory of Natural Selection, a process by which cooperation and cyclical interdependence create a flexible and flexing web of life. It is the ability to adapt, to reciprocate, to be in a conspiracy with the wild nature of life itself that supports a lush future and a thrilling existence. Accept nothing less, because to desire mere survival is to desire very precious little.

The Queen of Pentacles sent her best messenger, the Page of Pentacles, to jog our collective and eternal memory on the nature of who and what we are in truth. We are meat and bone on this Earth of moss and stone. We are the children of mathematics and stars and our existence is made strong by the singing of our roots and the casting of our spells. Life itself is a singular organism made of fractals and gaps, diverse systems of capillaries and strata, blood and mystery. Take the suggestion offered by the Seven of Pentacles and let old habits go easily to rest, allow broken antiquated tools to be retired. Keep flexible and change your mind as history continues to flesh out stories not yet completed. May we know profound meaning in laughter and the swell of feeling we call love.