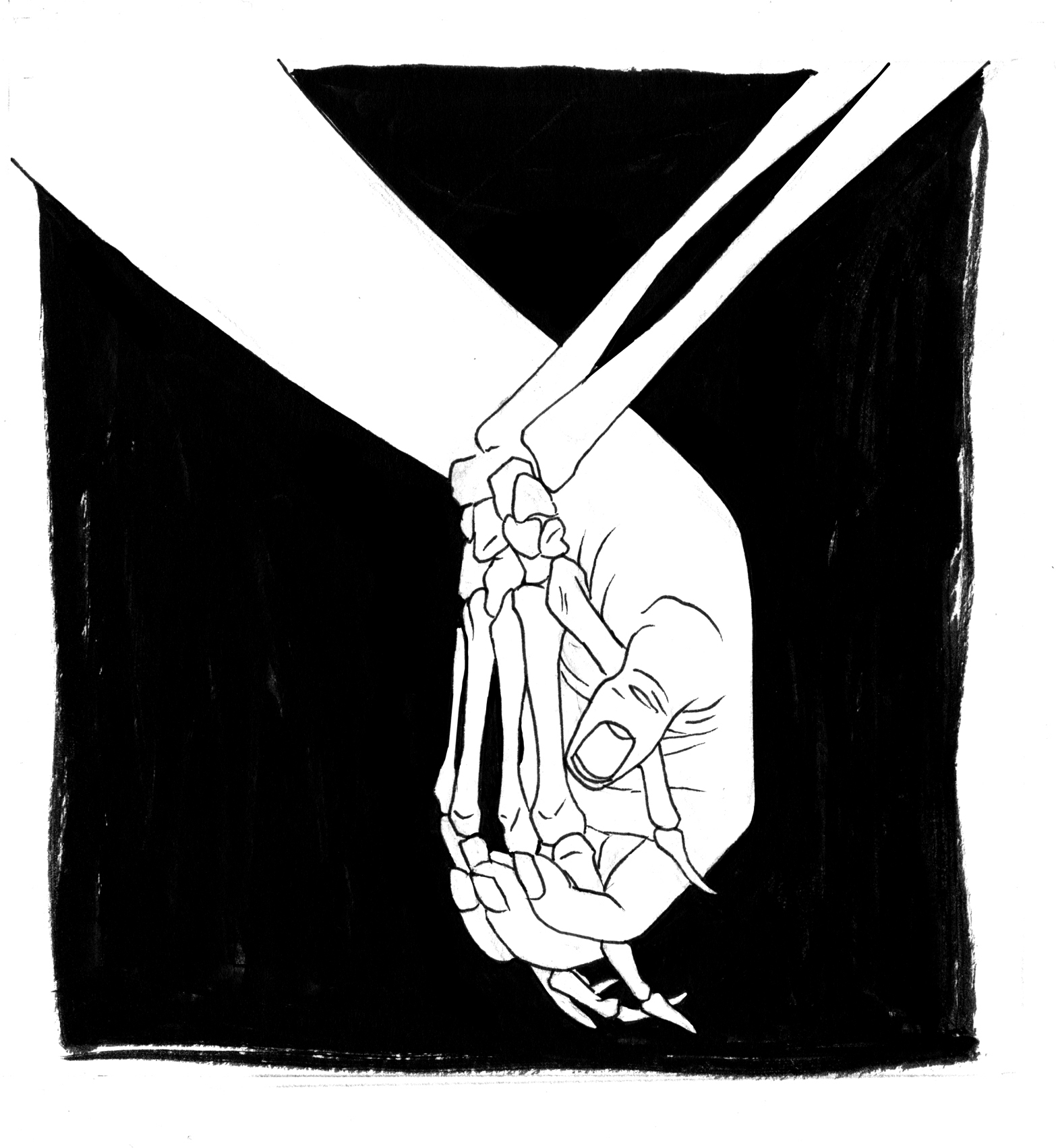 When I think about sex work, I do not think about sex. I think about bodies. I reflect on what bodies can incite in other bodies. The fascinating powers of our physical forms—generating repulsion, awe, devastating lust. I try to wrap my head around the opportunity to touch and be touched in the ways our bodies yearn for, not as an effort to be a more skilled prostitute, but to understand the powers we can harness from our bodies that are so easy to forget about. I know we gain power from what we are proximal to. I think about the unmappable force which becomes thicker through proximity to death.

Doing sex work has been a natural progression in my life. It has never been taboo. This is inextricable from my relationship to my mother, who has been disabled for the entire duration of my life. In the week following my birth, we were separated, and when we were reunited later that year, she was without the brain tumor we had grown together. My understanding of existence was formed by the intense risk of producing life, the miracle of non-death, and the continuing challenge of maintaining both. We do not enter the world alone. Our becoming and consciousness is miraculously happening with and simultaneous to the deterioration and recreation of life around us. Not unlike the tumor, I am a substance both of and out of something living.

I have spent time maneuvering my mother’s body, reattaching to it in order to move it, to pick it up, to loan energy or stability. I have spent my life in unshakable anxiety, listing in my head the consequences of time, addiction, misogyny, use, and neglect. I feel her pain and degradation as my own. Our relationship is defined by visceral observation, shared experience of the horrors of domestic life, substances and violence, and the wearing out of our bodies by patriarchy and capitalism—more than any practices of mothering or contrived family bonds.

I feel close to my mother in a way that is without spoken language. Her cognitive disabilities have evolved in unison with my abilities to express and analyze. She became sober when I was an adult, after I was already settled into a reputation of mysteriousness and flight. In my personal life, I am notoriously hard to access, to get ahold of, to touch, to schedule. I have never believed that a given set of terms should come with birthing a child. True love, non-obligatory intimacy, trust, and care are not gestated with a fetus. We have to be intentional in our material practice of deepening the skills in the labors of love.

Death work is relegated to those who also experience it the most: marginalized workers. The thing with death is you can’t leave it alone. It must be tended to. We do work around the loss of a body, the temporality of death, how it can reorder our lives, the arrangement of things. Around property and resources, and the responsibilities of other bodies. In the presence of death we depart from our dominant conditioning. Death alters environments. Energy is released, our bodies are transformed into vessels for new things. Death prompts new modes. We are more open to what could be put to use, less beholden to illusions that typically structure our day. A death dispels the fog of business as usual. It even can embolden us to finally have adequate responses to our world, as I learned from the riots in Ferguson and Baltimore, from the militant action of indigenous land defenders, from the Women’s Protection Units in Syria, and from autonomous efforts in the wake of environmental disaster, in the wake of mass migration from once abundant corners of the world now extracted or bombed beyond capital’s use.

Death, when tended to, is transcendence for all who are in contact with it. We at once shudder and sigh with memories of a certain body connected to a certain mind, and then participate in its catapulting separation—the projection of that being’s consciousness, through our labors of love, onto the life we create. We can see our self in the life around us, see the duration of the world, know it exceeds our singular body. When we are more than just something to take care of, and rather involve ourselves within a network of care, we can soften the finitude of the phenomena named death.

I am both haunted and blissed out by the slowness of death. My life began from the expulsion of living organs out of living organs. Something gushing, vital, so soft and vulnerable. And I recall moments where things have quickly hardened; my mother’s varying paralysis, my own body in stress, the bodies of my dead friends, of strangers whose deaths are without consent made so public: victims of police murders, of war, of imprisonment, of exposure to the elements, ground down by work or lack of work. Our bodies processed as profit until they no longer exist. I try to not turn away from this world which produces death more systematically  than it allows for life. I revel in the capacity I have maintained to be in contact with others, to soften. I am brought to my knees in front of all the sex workers that move in and out of this undoing, of being undone, of being so goddamn hard in this world but also providing, providing, providing. A body in use has an undeniable warmth. Our incomparable resiliency is formed through closeness to the real.

Every experience in sex work is fundamentally related to commodity. Our other relation is to the act of refusing to exist in the control and captivity laid out for us. We gain power in securing a beneficial, lucrative transaction, maintaining our safety to the best of our abilities. We get away with something. So it is like all other forms of work, but it is also distinctly different. There is something unspoken. There is in this transaction the changing relationship to all the confinements of our bodies—gender, what goes where, what is what, who is meant to be in a certain place at a certain time, how we find joy and satisfaction, being filled up or filling up.

I am not thinking about a john penetrating me, or penetrating a john. The hookers I know and work with do not conceptualize themselves as giving sublime therapy, and johns are not queer through proxy of the illegality of buying sex. It’s just sex. But also, sex is everything. Sex work is the cultivation and manifestation of affects, the dichotomy of experiencing and witnessing ecstasy and boredom, pleasure and distaste, our bodies encountering each other for reasons and in ways that we are taught are wrong. In sex work and death work, there is no turning away; it is relentless confrontation. There must be an abundant well of power, filled by the body’s need to create an intensity or trajectory—a thrust which functions to deepen. Not a release or escape from reality, waste, blood, the State, from the psychological disease of misogyny, from anger. Sex is a zone of potentiality. We leave the symbolic realm of language, of law, of identity, and we embody the real. The question is not : what is powerful about the experience of prostitution ? It is : what will we do with the force we have cultivated? 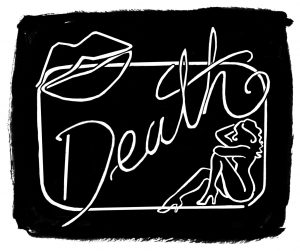 The Tricking Hour is being put to rest. I would like to acknowledge the extensive support I have received from my editor Beck Levy and the many conversations, anecdotes, events, deaths, and lives of sex workers that have been put into words here. I have not written this alone. Write to me anytime at trickinghour@protonmail.com.