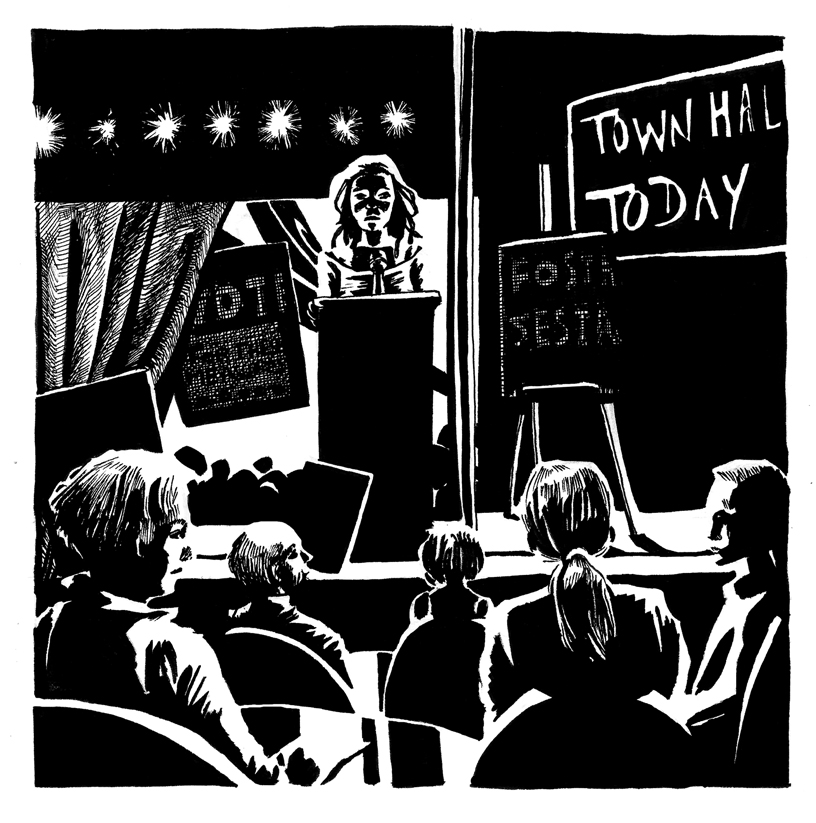 This campaign season, sex worker rights and decriminalization issues—not usually a topic of mainstream discourse—made appearances on the platforms of politicians. Democratic Socialists of America (DSA) member Alexandria Ocasio-Cortez defeated longtime incumbent Representative Joseph Crowley in New York City for the Democratic bid for the House of Representatives in the primary fight, all while opposing the Fight Online Sex Trafficking Act and the Stop Enabling Sex Trafficking Act (known as FOSTA/SESTA). A catalyst for much above-ground organizing for sex worker rights due to its regressive criminalization of safety measures in the sex industry, FOSTA/SESTA has a growing body count. And though congressional candidate Suraj Patel went up against a FOSTA/SESTA co-sponsor and lost, my friends and I are still talking about his involvement in the first town hall meeting run by sex worker rights activists in Brooklyn, where he came out against FOSTA/SESTA. Another DSA member, Julia Salazar, who is running for a New York state Senate seat representing north Brooklyn, has had sex workers canvassing for her, highlighting her support of an existing bill introduced last fall that would repeal a loitering law used to arrest sex workers. Salazar has also condemned massage parlor raids and came out against prosecutors’ ability to enter evidence related to sexual history in rape cases (as it stands, prior prostitution charges may be brought up as evidence to discredit a rape survivor).

Finally shedding summer’s torpor, November has always felt full of combustible potential, and there may be no better fire extinguisher than a polling station. Electoral campaigns are ruthless black holes for grassroots and autonomous movements. Lifetimes of work, of fighting, of dying are distilled into the act of voting, a sacrifice of your present convictions and desires for a promised hopeful future. All the nuances—the rages, the struggle—are flattened into an issue on someone’s platform, an interactive link on a website. We are made into constituents, an integral part of violence that establishes and constitutes the law, the stamp of approval in the name of democracy. We cast our votes; our choices now belong to the politicians to make what they will of them. The politicians are on the other side, telling you what to do, as you voted them to do so. This is a fundamental aspect of democracy: organized power over the masses. You cannot protest this by voting; voting is bound in these fundamentals. There is no way to abolish State power through democracy. You cannot vote against voting.

We see a hollowing out of movements by politicians year round: for example, the ongoing movement to abolish Immigration and Customs Enforcement (ICE) which gained visibility this past June. Occupations outside of ICE facilities sprang up all over the country in protest of the many horrific actions of ICE, including separating immigrant children from their caretakers who were awaiting deportation. People gathered and erected autonomous spaces, built barricades, fed each other, fought the police, and lived together for a moment—all under the shared understanding that we do not need or want the State to deport people.

Ocasio-Cortez demonstrated a politician’s power to co-opt and neutralize this abolitionist movement, which many of her supporters were part of, with a tweet in August: “#AbolishICE means not having an agency that incarcerates children and sexually assaults women with impunity. It does not mean abolish deportation.” And thus abolition was redefined as reform. We must demand to know what a candidate like Salazar truly means by decriminalizing sex work, lest she joins Ocasio-Cortez in a politician’s sleight of hand. The policy platform developed by sex workers for Salazar includes meaningful positions; it is sensible for anyone to agree with and a fine reason to wind up at a ballot box—but what is down the line? Nicer police officers carrying out deportations, harsher stings to get to the true exploitation of the sex industry? If abolition to one DSA candidate means reform, what does decriminalization mean to another?

The idea of a town hall meeting in a dimly-lit strip club in the middle of the day sounds weirdly magical, and I am inspired by the efforts of sex workers to be seen, to lead conversations against stigma, to exist without apologies. Power is not actually something that can be represented; power exists through its wielding, through its use and effect. The claim of representing others is a wonderful career option, but freedom cannot be held by proxy. The very existence of a class of politicians is proof of our disenfranchisement. When we place our horizons on candidates to create options for us, we relinquish control of our communities. No more ceding our labor, movements, passion, skill, bodies to a class of experts. We must set the possibilities, and create enough capacity to make the changes we need directly. The politicians can catch up on their own. 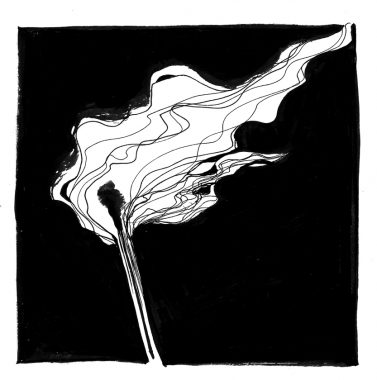 Why cooperate? Since when are the whores colluding with the State? If I am to collude, it is with those who don’t have the option to vote—the undocumented, the felons, the houseless, those killed by police. It is as if we believe in the power of politicians so much that we want to be them. We are groomed to believe that voting gives us a voice and control in how we run our lives. Perhaps the more privileged among us sex workers—those of us who are white, who work indoors—turn to voting for some semblance of power, through controlling the lives of people we may otherwise rarely interact with. Democracy is the infrastructure created to flatten difference, to maintain existing power structures in the crisis of capitalism with glimmers of change, channeling our energies away from the activities that actually make up our lives.

We cannot be made into a constituency. We are not a static, homogenous group. Our power is in part built through collective, material, and political organization. Though my nausea in reaction to the Sex Worker Lobby is from feeling that organizing is also necessary in the singular, in experience, in our sensibility. It is without this feeling that we decide there is nothing else but to fall back into the economy, into politics.

I do not believe that one comes out of a life of sex work unscathed. We understand sacrifice, understand that our decisions and lives are real enough not to fuck around with. I am not interested in making any of these apparatuses of control operable; I am not interested in measuring a movement’s productivity in the realm of politics—I want to engage in a tradition of inoperativity. Whatever grease I have left sure as hell is not going into making the Democrats slide around easier.

Why cooperate? Since when are the whores colluding with the State?

My frustration is not with Salazar, or the vibrant sex workers organizing for her. Capitalism reduces existence into a slow process of debasement. Voting is more degrading than most choices I am presented with. We can live our lives waiting for solutions in order to face this degradation, to ignore the melting ice and the migrant bodies washing ashore. Reformism is a rubbing off a ruin—it gives no form. Reminds me of the third hour of trying to get a client off after he’s done too much cocaine. We need something more than relations, more than deals—moving from wound to wound until it is something presentable to the public for consumption, an issue to vote on.

The nowness of my work is incompatible with representation. It is larger than the future, a now which holds more weight and more potential than any long term plan, any goal, any investment. Of course sex workers can get voter turnout. We are incredibly good at reading a room, very convincing, and often the realest intimacy people experience in their day. This is possible through perception of the now, of exactly what is taking place, a perception more decisive than knowing the distant future in advance. This allows us tact in survival, deescalation, community, our way of doing things. These skills I am presenting are valuable; they are earned, honed. Giving them to politicians is a weighted decision. I believe we live communism through deploying and deepening an ensemble of ties, not through working to ensure the existence of any specific entity. It is through life itself, not something outside of us, of me. Let us collude with the comrades before us—Black and trans sex workers who know this system must burn down along with the State’s idea of the complete ego, of perfectly unified selves. We must remain unsurprised when their long-awaited solutions inevitably include our extinction.

If we weren’t cyclically interrupted by the trappings of election seasons, maybe we would see our own autonomous power flourish. Eventually, Bernie Sanders will be dead like all the prostitutes that died after he voted in favor of FOSTA/SESTA. His supporters will have to think of a larger question—not what gets the people out on Election Day, but what the fuck happens when we lose? What happens after we accept that the same democracy that facilitated the rise of fascist regimes is not a system capable of saving us?