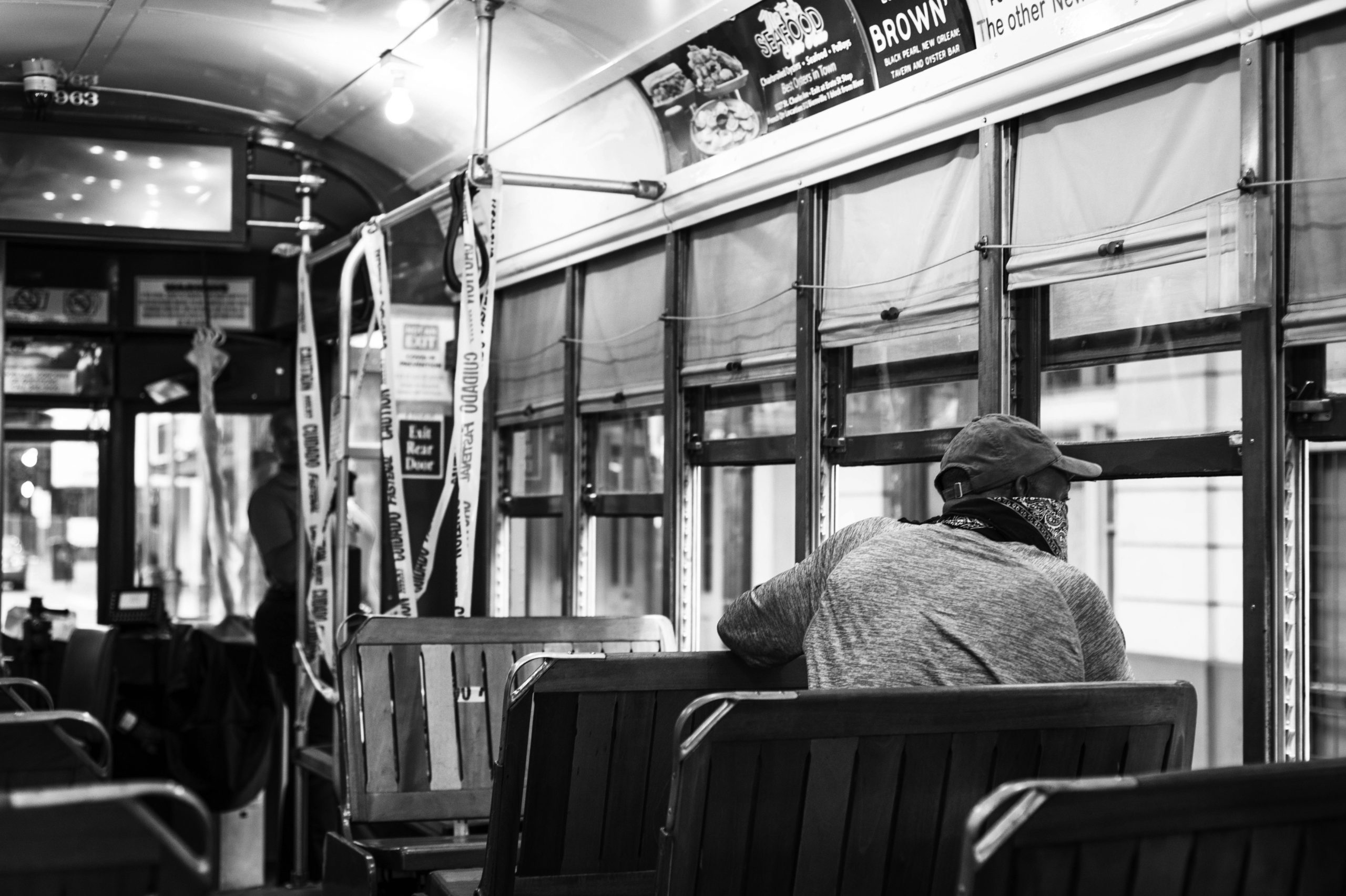 How do we address the now clearly exposed inequities in our cultural and tourism economies?

Over the past two months, New Orleans has been hit especially hard by the COVID-19 pandemic, which has devastated our cultural and tourism economies and created an increasing number of individual tragedies. Beloved members of the cultural community have passed away, cornerstone businesses remain shuttered, unemployment has skyrocketed, and all gigs, concerts, festivals, and conventions have been cancelled for the foreseeable future. Tens of thousands of residents have lost all means of income and are reliant on a combination of Louisiana’s woefully inadequate social safety net and a series of GoFundMe pages, virtual tip jars, and hastily developed relief funds. While it is heartening to see the amount of attention being given to New Orleans’ musicians, artists, service industry workers, and traditional culture bearers—most of whom have all been hit especially hard by this crisis—the needs are overwhelming, and will surely be ongoing for some time. Still, eventually, we know this will pass. So, as we work to address urgent needs, we also need to develop a plan to address the inequities and underlying conditions that led to such a sudden and immediate financial crisis for so many of our most celebrated residents and industries. Here are three initiatives we should undertake to aid recovery, create a more stable cultural economy, and provide a better quality of life moving forward.

1. Focus on neighborhood businesses first, and remove barriers to their recovery.

We know it’s going to be at least a year, likely several, before visitors come back to New Orleans in levels they did pre-COVID. Meanwhile, when it is safe to reopen, those of us who live here are going to want to see live music, eat at restaurants, grab a drink, and support each other—and a lot of us are going to want to do this close to home. While we rightly celebrate the small businesses of the city, they often face onerous restrictions and arbitrary limitations—which need to be rethought in order to give them the best chance at survival. Of particular concern is the fact that most neighborhood music venues and many restaurants are classified by city code as “non-conforming uses,” which means that if they are closed for more than 6 months they lose this non-conforming status. So, for example, if a music venue in the Bywater cannot reopen for more than six months, their ability to host live music at that location would be gone for good, regardless of whether or not a new business takes their place. This “6 month window” must be extended for at least a year—preferably two—to ensure we retain our neighborhood businesses and important cultural incubators and social spaces. Similarly, there should be an extended grace period for the payment of permitting and license fees; a reduction in the use of arbitrary and confusing provisos (business-specific requirements and limitations usually requested by neighborhood associations); and greater flexibility in how businesses utilize outdoor space, particularly for music and dining. From experience we know local, small businesses will be the drivers of the economic recovery, and will be the first to hire back staff, host live music, and serve their neighborhoods—but margins are often incredibly tight. We should be doing everything we can to ensure their success, which will directly benefit the city’s overall recovery.

2. Reform the tourism industry to make it less extractive and more equitable.

When COVID-19 forced the shutdown of the city, the tourism economy collapsed virtually overnight, and years of chronic underpayment of the now-suddenly unemployed tourism and hospitality workers meant that most had few, if any, financial reserves to cushion the blow. While workers have been stuck without a safety net, major tourism organizations, particularly the Convention Center (and its governing body, the Exhibition Hall Authority), have fared much better, with the Convention Center in particular retaining its nest egg of roughly $200 million in surplus tax revenue. Despite sustained public pressure from the Greater New Orleans Coalition to Create a Fair Fund For Hospitality Workers (a network of over 30 advocacy organizations) to redirect $100 million of taxpayer money to provide relief for financially devastated workers, Convention Center leadership has only agreed to donate $1 million—just 1% of what was requested. This is unfortunately typical of an industry that is quick to praise workers, artists, and musicians, but consistently resists fairly compensating them. Ultimately, a change of leadership is needed. Currently, wealthy white men are substantially overrepresented in these roles, and there must be a shift to more demographically and culturally representative leadership. While current tourism leaders will crow about their importance and irreplaceability and point to how the number of visitors and revenue totals keep rising, the COVID pandemic has shown us that these claims ring hollow. The metric of success isn’t how many people you can bring to the city—this is New Orleans, people are always going to want to visit—but rather how much benefit those visitors bring to those already here. On that point of measurement, the past two months have shown tourism leadership has fundamentally failed.

The need for reform isn’t limited to the top of the industry; change is needed throughout. A legacy of white supremacist policies and purposeful disenfranchisement of Black residents and communities has created widespread, racialized inequity throughout the tourism sector. Black-owned businesses have been virtually shut out of the French Quarter (the city’s tourism epicenter) and, according to research conducted by The Data Center, employees of color are overrepresented in lower paying, generally back-of-house tourism jobs like housekeeping and dishwashing but severely underrepresented in often higher-paying, public-facing vocations, such as waitering or bartending. Similarly, despite the fact that New Orleans’ musical traditions come directly from the Black community—and the majority of the city’s native-born musicians are Black—most major music venues are white-owned. Reversing these disparities is certainly a fundamental matter of justice, but it is also crucial for a sustainable tourism industry, and should be the focus of a new group of industry leaders moving forward.

3. Create a permanent emergency fund for the cultural community.

We’ve seen numerous foundations and charities willing to create large funds—in some cases over a million dollars—to provide direct monetary support to the cultural community and service industry. It’s been heartening to see so many individuals and institutions donating time and resources to assist. But the sheer number of options, each with slightly different requirements and limitations, has created confusion and some frustration. (Full disclosure: MaCCNO is one of the entities that has created a relief fund.) While the pandemic is a massive, worldwide crisis, individuals can face smaller scale crises at any time. A flooded apartment, medical emergency, or broken-down car can be just as financially crippling. Why doesn’t the city work with philanthropic partners to create an ongoing fund to help with these emergencies as well? Unfortunately, at some point in the future we’re going to once again face some sort of disaster where widespread assistance is needed, so keeping at least one fund open will also help focus resources and speed distribution of needed relief.

New Orleanians have demonstrated great passion, kindness, leadership, and resolve during a crisis unprecedented in our lifetimes. It’s been an extremely difficult few months, and we certainly have many challenges to come. Yet, one advantage we have that we didn’t just several months ago is that no one can unsee the clearly exposed hardship caused by the widespread economic disparity and inequities in our cultural and tourism economy. The open question is: can we show the same passion and resolve to address the threats posed by inequity as we are to the threat caused by the virus?

The Music and Culture Coalition of New Orleans (MaCCNO) is a broad-based coalition and registered 501c3 non-profit corporation that collaborates with, organizes, and empowers the New Orleans music and cultural community to preserve and nurture the city’s culture, to translate community vision into policy change, and to create positive economic impact. This column is provided to MaCCNO as a community service and does not necessarily reflect the opinions or editorial policies of ANTIGRAVITY.