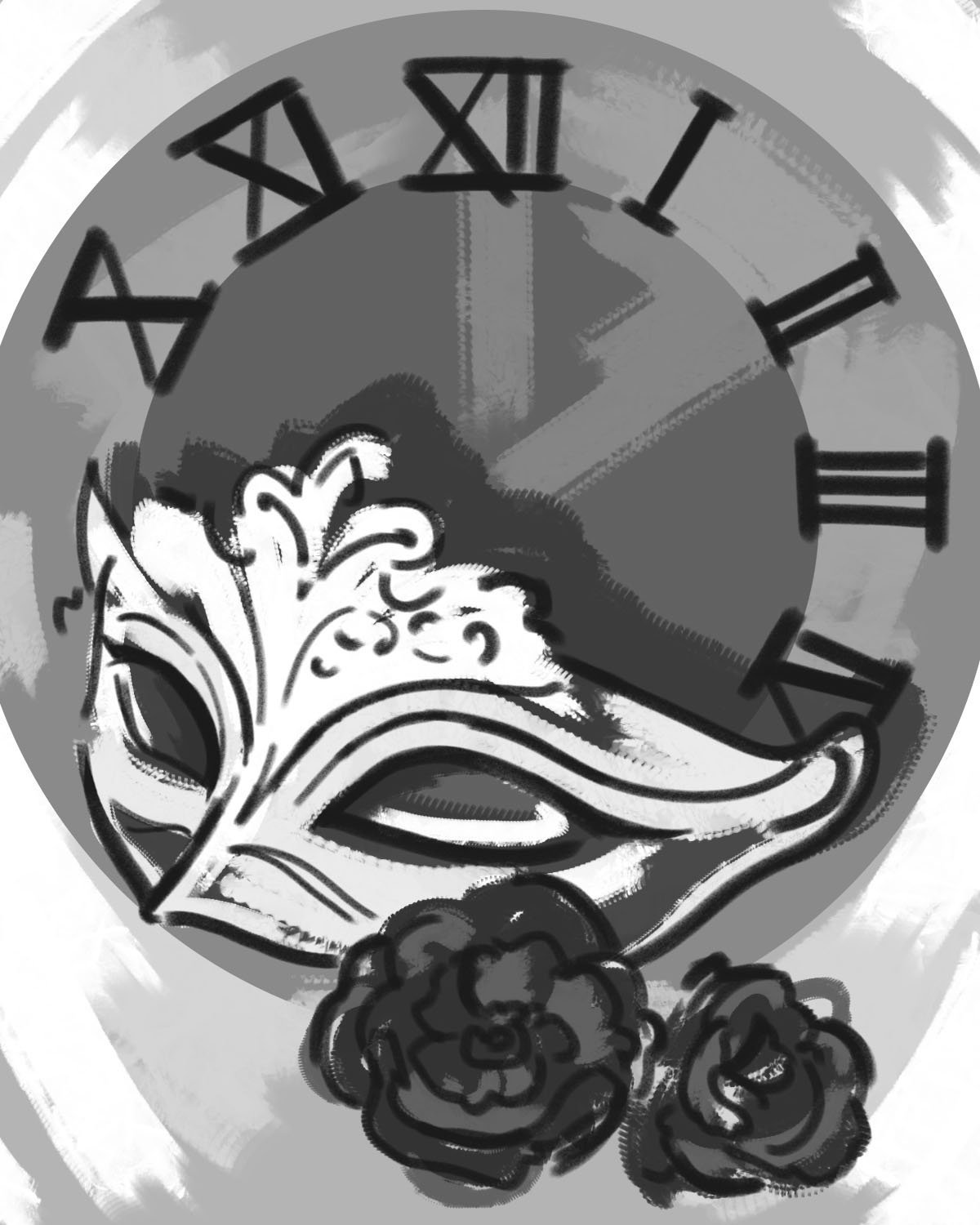 Happy (almost) Mardi Gras! As we approach this most joyous time of year, dance krewes all over the city are deep in preparation mode, getting ready to entertain the endless throngs of parade goers. For the last seven Carnival seasons, I have been among that number, as a dancer with the Sirens of New Orleans.

For context, I’ve been dancing for the better part of my life. I began at the tender age of five and aside from a brief break during college, have been actively involved in some form of dancing ever since. Joining the Sirens was a hugely exciting thing for me and I dove headfirst into the experience. I even wrote about it in the February 2013 issue (“Call of the Sirens: Tales of a Mardi Gras Dance Krewe Rookie”).

I have always loved the wide range of women represented within our krewe; but since becoming a mother myself, I have discovered a new and deeper appreciation for the moms in our ranks—and those in other dance krewes. Momming ain’t easy, no matter what. But momming while being a Siren or a Pussyfooter or an Organ Grinder? You have no idea.

Practice requirements vary from krewe to krewe of course. Some are a bit more lax. They may start later in the season and may have a few core routines that they use with various songs. But for the Sirens at least, we begin rehearsals just after Labor Day and don’t let up until Mardi Gras. Our Carnival repertoire includes twelve highly choreographed dances, four of which are completely new each year.

Even for an experienced dancer, the schedule can be grueling. Mardi Gras is zero fun if you don’t know the dances, so in addition to wanting the krewe to look good, knowing your choreography is vital if you don’t want to be miserable on the route. To know the dances and be able to really add performance value to them, you gotta show up and do the work.

When I first started with the Sirens, that wasn’t an issue for me. I was at pretty much every single rehearsal (we meet twice a week for 90 minutes each time). It was my primary form of exercise as well as the epicenter of my social life. I was fully immersed and I couldn’t understand why others weren’t. Of course, I understood on paper how it might be a bit harder to make rehearsals if you had kids, but part of me also thought those members were just not making it a priority.

This is the part where I say, I’m sorry. I’m sorry, I’m sorry, I’m SO flipping sorry. I had no idea what I was talking about. Even now, with a partner who is capable of covering for me during rehearsals and moves his schedule around to do so without complaint, it’s still not easy to make my requirements. It’s not easy to keep up. Nothing about this is easy anymore.

Getting to rehearsal first off means figuring out logistics for childcare. Because of when rehearsals fall, chances are this includes getting your kid fed, bathed, and in bed. We used to occasionally have someone’s teenage daughter show up at rehearsal to babysit the little ones for a small fee. That’s lovely, but it was ultimately on the moms to get that organized, and it cost them. Also, if you’ve ever seen a half dozen hungry, tired kids under the age of ten at about 7:45 p.m., you know it’s not a pretty picture.

I can’t imagine how hard it would be to focus on choreography with my kid crying in the babysitter’s lap 30 feet away or yelling, “Mommy, I’m hungry!” or, “When are we leaving?!” It’s those sorts of things that I think often keeps moms away from rehearsal. It’s just too stressful when you could stay at home with your kid and keep the peace.

I have always loved the wide range of women represented within our krewe; but since becoming a mother myself, I have discovered a new and deeper appreciation for the moms in our ranks

For a lot of the moms in our krewe, Sirens is the only thing we really do completely for ourselves. It’s a uniquely New Orleans thing to do, yes, but having some personal touchstone to help you cling to your sense of self seems to be a relatively universal mom thing. The sacredness that lies in those few hours a week of truly private time can’t be explained.

Beyond that, motherhood changes you. It changes your heart, your mind, and most definitely your body. For better or worse, most women have some portion of their self esteem wrapped up in their appearance. And that’s more than just fitting into pre-pregnancy jeans. It’s fitting back into your pre-pregnancy self.

I have struggled mightily with this since I had Emmett. The roulette wheel that is carrying a child gifted me some unique challenges—as it does to all moms—and with those came physical limitations I was not prepared for. In addition to struggling to lose the baby weight, I am still dealing with an unstable, misaligned pelvis and chronic hip pain. Those things make dancing more challenging and a bit less joyful.

My ability to learn, retain, and execute complex choreography, all with real performance value, has long been a source of pride for me. But I came back to the Sirens after Emmett with a head full of fog. I couldn’t remember dances I’d known like the back of my hand the season before. I couldn’t seem to learn the new stuff as quickly. And when I did, it just didn’t stick like it used to. I found myself more focused on “what comes next” during a song than on putting the right accents and flair on my performance.

To say I was crestfallen is a huge understatement. I almost quit. Multiple times. I still think about quitting. I wonder if maybe the organization has moved on and left me behind. I wonder if I’m just not really able to be a Siren anymore. Because if you know me at all, you know I don’t half-ass anything. I prefer to whole-ass it—with a little extra hip for added measure. And I’d be lying if I said I’m not a little scared I’ll never fully regain my confidence enough to do it up to my own standards.

Added to that, things just felt weird when I came back. The dynamics were shifted. There were a ton of new members I had never met, who had all spent the year I was out forming bonds with one another and the other veteran members. They had no clue who I was, despite me having poured my heart and soul into this organization for the last seven years.

My immediate circle of close friends has also fragmented somewhat, as we’re all in seemingly different phases of our lives and find it hard to get together much anymore. I just felt incredibly like a square peg in a round hole. And it’s taken an entire season to shake that off. The feeling of being on the outside looking in hasn’t totally gone away, but I know I have to do my part to bridge that gap too, so I plan to keep working at it.

Most of the dance krewes in the city are female-centric. So the reality is that there are a lot of moms in those ranks. When you’re out at a parade this year and you see someone hitting a sick dance move in their elaborate costume and gorgeous wig, chances are decent that some tiny person was eating crackers and watching Paw Patrol on her bed while she was putting on her false eyelashes a few hours ago.

As New Orleans moms, we have the awesome opportunity to have these sorts of outlets for our creativity, socializing, and philanthropy. So I hope as we move forward in these krewes, we’ll all do a better job to help set them up so they benefit and are accessible to both parents and non-parents alike.

We have the opportunity to create such amazing support systems within our krewes. To teach members without kids what it means to empathize with someone else’s situation. To remind members with kids that fun doesn’t have to die because you had a baby. To let us all revel in one of the best parts of living in New Orleans: the freedom of putting on a costume and taking to the streets to let it all out. To celebrate this messy, beautiful life we’re sharing. Now, pass me some king cake—a small slice though, I still gotta fit into that corset.