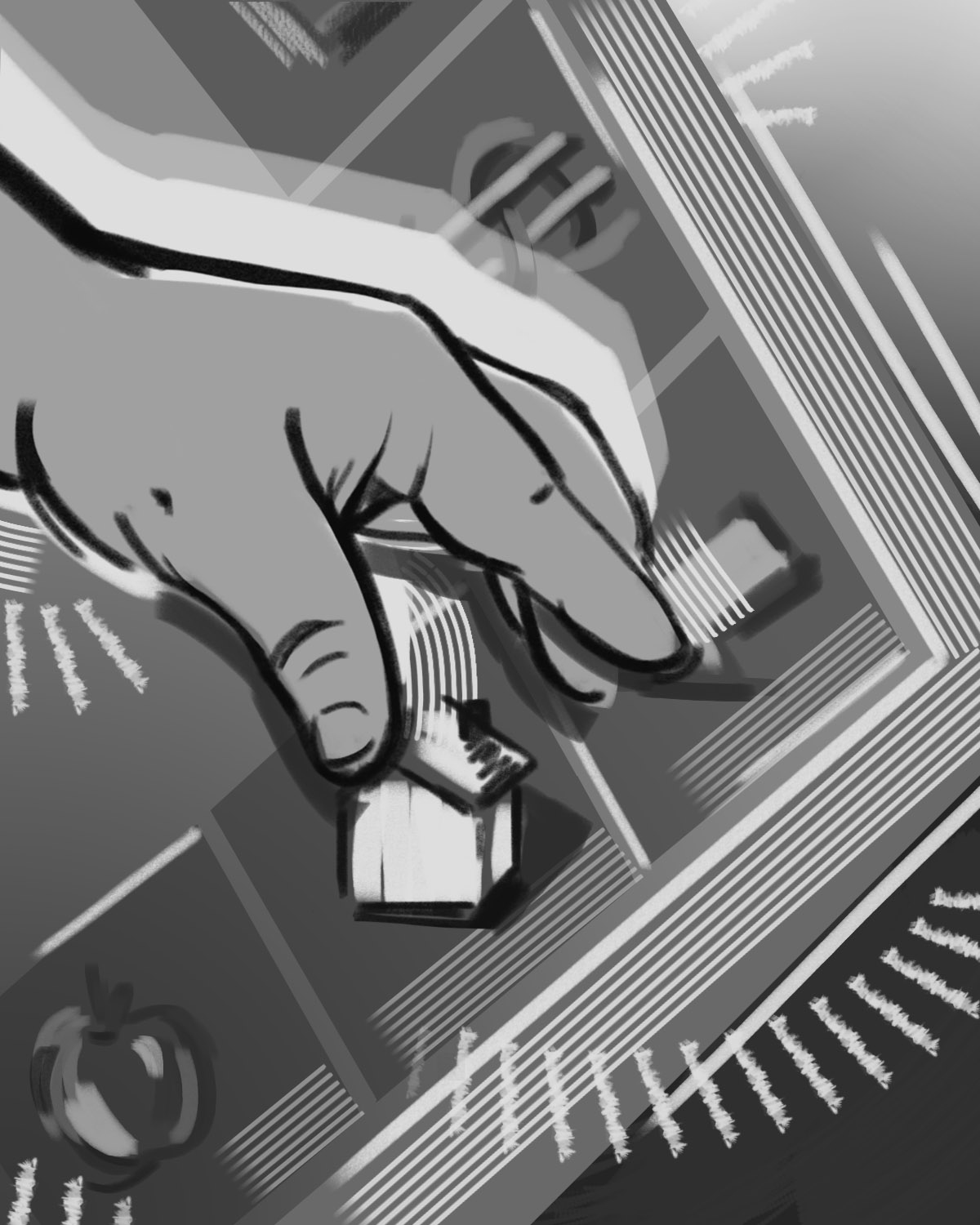 To say that my family has had a tough go of it the last few years is really understating things. While my husband John and I have been together nearly 13 years, we got married just two years ago. In the immediate aftermath of our joyous wedding, he was hit by a transfer truck while biking to work (thankfully he didn’t sustain any life-threatening injuries), and a few months later we found ourselves unexpectedly expecting.

All our previous plans were put on hold as we pivoted to get ready to become a family of three. After our son’s arrival, we were hoping to get back on track, but life had other designs. My father’s sudden death sent me into a tailspin that I’ve only recently begun to emerge from. But as the calendar rolled to 2019, we knew a big change was needed.

SHOULD I STAY OR SHOULD I GO?

I’ve lived in New Orleans for 16 years now. John and I both came here for college and, unlike most of our closest friends, we never left. That’s not to say we didn’t think about it. I was this close to leaving on at least two occasions only to have jobs and housing fall through. I took it as a sign that I needed to give the city one more chance.

At some point in the last five or six years, John and I knew for sure that wherever we landed, we’d be doing it together. We talked about better job opportunities for him (he’s in the tech industry) and cheaper housing markets. We talked about better public schooling for our then-imaginary children. But something kept stopping us.

New Orleans, in addition to being home to many of our closest friends, is simply under our skin in many ways. It is also equidistant to our families. We can hop in the car and drive three and a half hours in either direction and land on the doorstep of people who love us. Once we had Emmett and I lost my dad, the idea of moving any further from them seemed almost physically painful.

After months (no, years really) of back and forth, we came to a decision around Emmett’s first birthday that it was time to put down more substantial roots in New Orleans. And with that, we opened Pandora’s box.

Buying a house in New Orleans is scary, y’all. If the images from Katrina aren’t enough to scare you, let’s talk about flood insurance so high you can’t jump over it. Let’s talk about a bloated market whose prices have been inflated by carpetbaggers willing to pay New York prices for a three room shotgun. But worst of all for us is the idea of navigating “school choice” in a city that no longer has a true public education system.

For this reason, we heavily considered buying in another parish. We looked at River Ridge, Metairie, and Gretna as possibilities, but we ultimately felt lost there as well. If the public school in our appointed district wasn’t any good, we’d just be stuck trying to come up with the cash for private school anyway. We reasoned that at least we’ve had a lot of friends go through the One App process in Orleans Parish; better the devil you know, right?

We’re still a ways off from having to endure that confusing, grueling gauntlet; and I have some hope that by the time we get there, the system will have improved somewhat. But I’d be lying if I said I wasn’t dreading the whole idea of it. Investing in New Orleans when you have kids feels like such a gamble, and when it came to what we were really looking for, we had to compromise.

Our current apartment is quite lovely and it was the perfect spot for a young couple and their pups. Our landlord is great, and up until recently we didn’t mind sharing a wall with our neighbors. We’re centrally located to literally everything in the city and probably a bit spoiled by that. But since having Emmett, every week that passes in this place feels like we’re getting closer and closer to going full Kool-Aid man through the walls.

Since having him, problems we never even considered before have become the central narrative for us. Our place has been incredibly hard to baby-proof. We lost our home office/guest room when we turned it into a nursery, so we have nowhere to work and nowhere to host visitors. We have so many things that literally have nowhere to live, so they just hang out behind a baby gate in our living room. We have eaten every square inch of space in this house and it’s just not enough. And please don’t tell me to KonMari my life. I like my stuff; I just need a bigger house.

So first things first, we’re looking for at least three (but preferably four) bedrooms. We need a master, a bedroom for Emmett, a guest room, and a home office. Chances are highly likely that within two years, that guest room becomes a nursery again for kiddo #2, and the home office will have to be absorbed into a new guest room. To go along with those three-to-four bedrooms, we need at least two bathrooms.

Beyond that, we love to cook. We’re tired of living in houses with kitchens designed by people who only eat takeout. We want a gas range and real pantry storage and room to cut some damn vegetables on the counter without having to move appliances first. It might seem like a small thing to ask, but you’d be surprised.

Next up, we have dogs—two very sweet, semi-large, outdoor-loving pups. They need a yard. A real yard, not the sad patch of grass you find behind most New Orleans apartments. We also love to garden. We’ve been growing vegetables in five gallon buckets for the last few years and while it’s workable, it’s not ideal. So we wanted a place with a substantial yard for gardening, entertaining, and play (both of the pup and kid varieties).

In addition to the square footage to accommodate all that, we wanted space. Like, actual space. My dad used to say he could never live in New Orleans because the houses here are so close together, “you can hear your neighbors fart.” I feel like since he died, I have absorbed pieces of him in the weirdest way; I never really minded being close-ish to my neighbors before the last year, but now I literally cannot stand it. When I can sit in my living room and hear the kid next door fussing with his brother and the dog barking three houses down, it gives me hives. If I have to hear our neighbors’ kids ride a razor scooter up and down the hallway at 6 a.m. one more time, I may lose what’s left of my mind.

As you can see, our list of needs is stout, and we figured out very quickly that we weren’t going to get what we wanted easily. We looked at a handful of homes in areas like Carrollton, Hollygrove, and Gentilly, but each one was at the absolute top of our budget and was still missing too much. None of them had a fourth bedroom. Most of them were sitting on smallish lots on top of their neighbors. We were definitely feeling discouraged.

We readjusted ourselves and set to searching in a place we hadn’t really planned to go after: the West Bank. Now, Algiers Point is cute AF and everyone wants to live there. But it’s a small area and most of the houses have been snatched up. What hasn’t has now been refurbished and is selling for half a million dollars. Algiers proper, on the other hand, held some unexpected jewels. The thought of driving across the bridge every day put a pit in my stomach, but then I remembered I can console myself on the drive with a pastry from Hi-Do and I felt much better.

As I pen this column, we are under contract for a home in Algiers. I am terrified to write too much about it because I have a pervasive, paralyzing fear that something will go wrong. My realtor (who is a good friend of many years) assures me that we’re in a good spot, but I’m not bringing any of that bad juju down on my (hopefully) future home.

It was love at first sight for me, but John took some time to come around. It ticks virtually every box we had: off-street parking, a fully fenced yard, beautiful landscaping, four bedrooms and two full baths, space for an indoor play area for Emmett (the “formal” living room), a huge external garage, a well-appointed kitchen and plenty of space to entertain, neighbors on only two sides, access to nature close by. We didn’t max out our budget but we definitely would’ve loved to have found something cheaper that wasn’t a sad shotgun.

As we jump through all the hoops of inspections, inspection responses, financing, underwriting, titles, and closing, it’s easy to feel overwhelmed. Some people chalk it up to just “the next step” in adult life, but saddling yourself with a 30-year mortgage isn’t exactly my idea of a g

ood time. We just have to keep reminding ourselves that we’re making the right move.

Raising a kid seems to make every life decision a little more stressful, but as we cast our lot with New Orleans for the foreseeable future, I am feeling both hopeful and grateful. Grateful for the amazing network of friends we’ve built here who are also raising kids in this crazy soup bowl and to whom we look for support and encouragement every day. And hopeful that this is the beginning of a new story for our little family: a story that includes gardening, running around the yard with the dogs, working on projects in the garage, cooking meals together, and curling up at the end of the day in front of the fireplace (that is, on the eight days a year you can light a fire in New Orleans).

In a few weeks, we’ll hopefully be the new owners of our own little slice of the Crescent, and our adventure as parents will take on a whole new dimension.