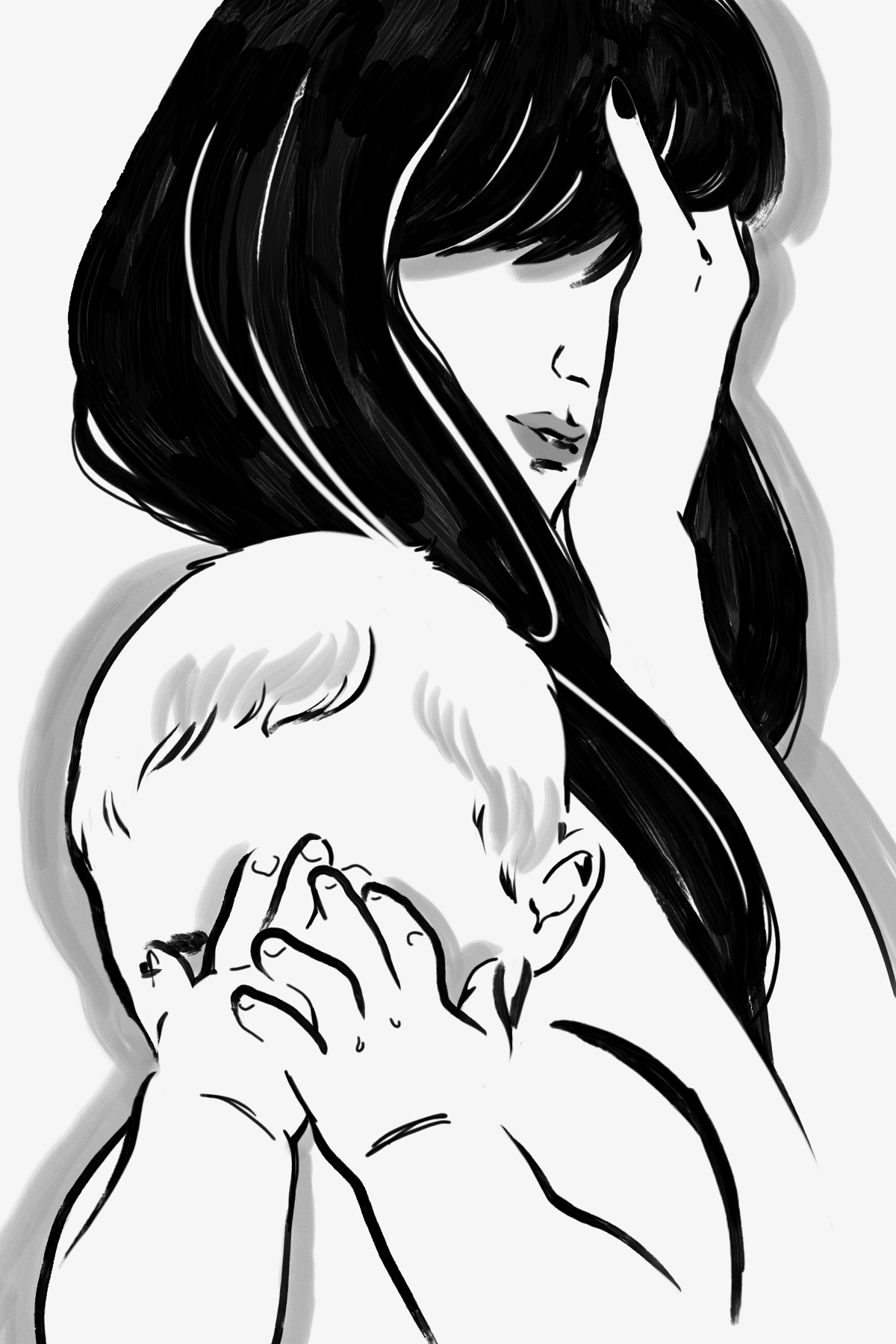 Before you have kids, you spend a lot of time talking about all the things you won’t do. They’ll never act out in public. And if they do, you certainly won’t yell at them or hit them. Right?

As my son Emmett rounds 18 months, and naturally yearns for more independence, I have found myself struggling in ways I had not anticipated. Most especially—and often heartbreakingly—in the arena of discipline.

Like many of my peers, I was spanked as a child. Now, my parents did not beat me. I don’t recall regularly being handled roughly or physically. My parents weren’t cruel or demeaning to me or my siblings. Our relationships with them were not marked by fear or pain. We respected them and the main fear we had was of disappointing them.

The debate on corporal punishment is always a hot button topic for parents. I assumed that I would apply that disciplinary tactic the same way my parents did—for extreme situations only, and always with a reminder that I loved my child. But it hasn’t been that easy or clean-cut for me.

Toddlers are a special kind of challenge. And to be honest, Emmett is still a very young toddler. We haven’t gotten anywhere near the worst of this yet. Which is why I became so scared at how I was reacting to his tantrums and moments of acting out.

We all like to think we’re good parents. We share sweet pictures and loving anecdotes and tell others how our children are our whole worlds. But it’s a rare parent who hasn’t done something they deeply regret when it comes to their kid. We just usually don’t share those bits.

Well, let me start: I put my hands on my kid in anger. My barely-more-than-a-baby kid. I popped him on the arm for throwing food on the floor and laughing in my face about it for the 800th time in a week. It left a redness that lingered for longer than I expected. It startled him. He looked at me with a gaze of fear and confusion and betrayal. He cried for a few minutes. Then I cried for the next few hours. Then, I texted my therapist.

I have been shocked—truly shocked—by how often my default to my son’s difficult behavior is frustration that boils over into anger. How often my instinct was to yell at him. I don’t typically have issues with anger or impulse control. I know studies have been done that show when children are spanked, they’re more likely to spank their kids or react to them in anger, but I never put much stock in it until it started happening to me.

Our kids are able to get under our skin in a way nobody else is. And I find myself very often viewing my son’s behavior, incorrectly, through an adult lens. Like, if my husband took the food I spent an hour cooking and threw it on the floor while laughing at me, I would have a reason to be angry with him. But my kid is not even 18 months old. He is a (barely) walking id. He isn’t doing it to spite me. But man is it hard to remember that in the moment.

I have so many moments of wild-eyed wonder when looking at my kid. Sometimes I literally cannot give him enough kisses. I cannot touch his soft, perfect skin enough to fill the longing I have. I want to wrap him in my arms and never let go. I don’t know how my heart contains the love I have for him, which makes it especially difficult to understand how my brain can allow itself to get so worked up when he’s throwing a fit. How I can seemingly forget that love and replace it with impatience and anger.

But after a few months of observing that I simply just had a very short fuse for my son’s antics, I asked for help. I confessed what felt like a shameful secret to my therapist, which wasn’t easy. She’s amazing, but she’s also a good friend of many people I know well. I completely trust that she won’t share things from our sessions with them, but I worried that telling the whole truth about this would make her think I’m a bad mother.

She gave me some book recommendations—What to Expect: The Toddler Years; and Happiest Toddler on the Block—which I immediately ordered. We then worked on zoning in on those triggers that were causing my behavior. Ultimately, it was food. Emmett occasionally has fits about other things—we are struggling sometimes with how he treats the dogs—but he’s usually easily redirected. Meals, however, had become fraught with tension and the expectation of a fight.

He has a great appetite and eats well, which I hear is pretty rare for a toddler. But, he also eats in a picky manner, which is very common. He may down 30 blueberries one day, only to throw them all at the dog the next day or spit them out of his mouth onto his clothes. My therapist encouraged me to rethink the way I was serving his food.

She suggested I put very little on his plate to start. He knows sign language and can now both sign and speak to ask for “more” of something. Starting out with small amounts of food means he can control what he has more of, and how the meal is paced. She also encouraged me to remove the food and end the meal when he began throwing things, and to relax and allow a little good-natured smashing and squishing in the name of exploration.

When I recalibrated my expectations and set my kid up for success, we went from him smashing raspberries in his hair while he spit a full ounce of milk into his lap, to him eating well, signing for more to control his own portions, having a little fun exploring textures, and then signing “all done” when he was finished. After the first full day of successful meals—my son satiated and happy with a smile on his face after each one—I cried, not only because I was relieved, but because I was so incredibly disappointed in myself for not taking action sooner.

I don’t blame my parents for spanking me and my siblings. In fact, my mom was the spanker around our house, because my dad came from an abusive home and was self-aware enough to know that he could not control his anger enough to spank us without hurting us. My mom always used the line, “This hurts me more than it hurts you,” which felt like a cop-out when I was a kid. But now I get it.

At the same time, I don’t think corporal punishment is something that fits into my parenting style. I am grateful to have a husband who is essentially a human cucumber: he is so relaxed and level-headed that he’s always able to reframe a situation and remove the emotion from it to view it analytically. He is a tempering influence and I am hopeful that with some intentional work on my part, he and I can provide Emmett with calm and reasoned discipline as he grows.

By the same token, however, I do know that I can’t let my kid run all over me. I’m not the kind of parent who can tolerate a child who calls me by my first name or tells me what they’re going to do. Pick your battles and all, but I’m determined to be Emmett’s mom more than his friend. It’s a tightrope walk, like much of parenting has proven to be.

Raising a functional, happy, healthy human feels impossible some days. And we haven’t even really gotten into the thick of it yet. But I am lucky to have the tools I need to help get us there. I have a village of other parents to lean on for support, and adequate mental health services to work through my issues.

If you’re struggling with similar feelings and are having a hard time controlling your anger or impatience with your kid, reach out. I’m happy to share some resources that have been useful for me, or just be a listening ear. These beautiful, precious, wondrous little beings can also be merciless tyrannical dictators, so don’t feel too bad. But I’d also encourage you not to make excuses for harmful behavior. The only way we can show them how to be good humans, after all, is to be that ourselves.