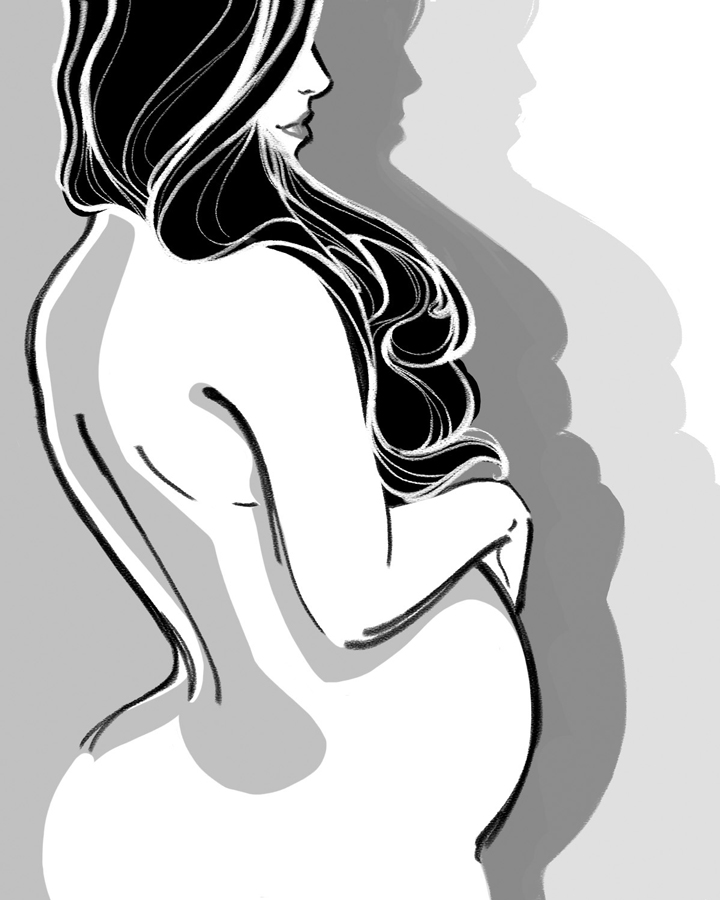 I’ve never been a small girl. Unless you count literal infancy through age six or so. Otherwise, I’ve always been taller, broader, and just plain bigger than nearly every girl I know (and many of the boys too). I come from hearty country stock and I got most of my bodily characteristics from my father. He’s a 6’2” former welder and when I was a child, his upper arms were taut with musculature and about the size of those industrial cans of green beans you find in restaurants. My similarly-built brother was my high school football team’s best offensive lineman.

You get where I’m going with this, right? I am not skinny. I am not even your “average” girl. For a long time, I struggled to accept that. I prayed that people wouldn’t notice what made me different. Spoiler alert: that didn’t happen.

Here’s the thing about being a bigger person: everyone you meet is convinced that they know how you live your life. The judgement calls have already been made the moment their eyes light on you. There isn’t one moment of pause before they think about how much fast food you eat or how much of a lazy slob you are. I’ve seen this reflected in the eyes of strangers my entire life; I spot it easily now.

These people are wrong. Often, in fact. Some of the most svelte people I know eat garbage and never move their (conventionally attractive) bodies. And sure, I’ve had periods of my life where I didn’t exercise much and I ate too much Easy Mac (hello college), but by and large that wasn’t my story. I spent six days a week in the ballet studio from ages 6 to 16. I was raised by a nurse who cooked a green vegetable every night with dinner and refused to allow more than one starch on a plate. I don’t neatly fit the narrative of “people are fat because of their own failings.”

The ultrasound report made a note that the suboptimal view was due to “maternal body habitus”—a.k.a., this girl is fat. It’s hard not to take things like that on the chin

Over the years, I worked through the issues I had surrounding my size and I learned to focus not on clothing tags or the scale, but rather on trying to maintain a balanced diet and regular exercise. I came to accept that I will never be a single digit clothing size and that’s OK. I learned to see beauty in myself, even when others were determined to write my story for me. I fell in love with a man who is smaller than me—both in height and weight. People may see him as the Kermit to my Miss Piggy, but I don’t really care what they think anymore.

In my late ‘20s, I became more open to being an advocate for the plus size community. I worked with a team of like-minded women to roll out a plus size clothing extension for a local brand. I even modeled for that brand and watched as images of myself were posted on social media channels with thousands of followers and somehow I never flinched.

I’d be lying to you if I said that all this self love stayed totally intact when I found out I was pregnant. My first thought was, “Oh wow… we’re gonna be parents…” And my second, which came swiftly on its heels was, “Oh God, I don’t want to gain weight…” As a person who has spent most of my life willing the scale to stay where it was, the idea of watching it slowly crawl up is a bit paralyzing, even if it is for my child.

Because of my broad and tall build, my weight distributes far more evenly than shorter plus size women. And I’ve always been lucky to be the more “acceptable” version of fat due to my relatively hourglass shape, so I can pull off carrying a lot more weight than people probably realize. I am considered “obese” by medical standards and it’s therefore recommended that I gain no more than 11 to 20 pounds during my entire pregnancy.

I’ve not been openly discriminated against by my prenatal providers in the way that many plus size women are, but it’s also not been a textbook experience by any means. Every pregnancy book or website you read gives you notes on things like when you’ll need maternity clothes and when you’ll feel the baby move for the first time. The reality is that, for a plus size woman, it’s mostly lies. Every pregnancy is different of course, but if you’re a plus size woman thinking about starting a family, don’t let these expectations dampen your enjoyment of this magical time in your life.

In my personal experience, I’ve observed the following differences in how being plus size affects pregnancy:

You probably won’t get that cute little bump. The simple reality is that if you’re carrying more padding around your midsection, it won’t be as noticeable when your organs begin to shift and the baby grows larger. You may feel cheated—I did. Lacking that visible sign of your pregnancy can sometimes work against you mentally and make it feel less real somehow. But just remember—all that matters is the health and safety of you and your child; what some stranger at Costco can observe about your pregnancy is a moot point. The silver lining is that you will probably have to buy very little new clothing. As this issue goes to print, I am finishing up my second trimester and I’m still wearing the exact same clothes I was wearing eight months ago. It helps if you are like me and hate real pants and own mostly dresses and yoga pants, but I won’t complain about not having to spend money on things I’ll only wear a few times.

You probably won’t feel your baby move as early as other moms do. First time moms have a tendency to feel movement later than women who have already given birth, so if this isn’t your first child, you’ll have better luck. But if it is, don’t get concerned when all the apps tell you that you should be feeling kicks and you don’t. Again, with more padding on your abdomen, you’re not going to feel your baby’s kicks as firmly as a smaller woman. If you’re like me and your placenta attached itself anteriorly (in front of the uterus) then you’ve got yet another barrier to contend with. I didn’t start feeling even the light “popping” sensation of movement until 22 weeks and I’ve still yet to feel more than one or two firm kicks. If not feeling that movement gives you major anxiety (it did for me) then you can always pick up a handheld home doppler to check on your baby’s heartbeat in between appointments with your provider. Make sure not to use it too often—no more than 10 minutes per session and only 1 to 2 times per week are the general recommendations—and be prepared to scale a learning curve to figure out how to operate it. There are some YouTube tutorials out there about how to use them that are specifically tailored for plus size women, and you can always take it to your midwife or OB and ask for tips as well.

Be prepared for some procedures not to work the same way they do for your thinner friends. Your provider might need longer to find your baby’s heartbeat with the doppler and an ultrasound might not result in cute frameable pictures of your baby. We went in for our anatomy scan at the 19 week mark and the tech told us that unfortunately the baby was still too small and curled up to get an accurate picture of all the organ systems, so we were rescheduled for 25 weeks. She was super polite and never mentioned my weight, but the ultrasound report (which I guess they think people don’t know how to read) made a note that the suboptimal view was due to “maternal body habitus”—a.k.a., this girl is fat. It’s hard not to take things like that on the chin, but I just have to remind myself that as long as I am taking care of myself and this baby, I can’t let those sorts of things get to me. I’ve got a miracle to nurture, people.

BE YOUR OWN ADVOCATE

If you encounter a provider who treats you inferiorly or cruelly because of your size, know that you have options and you don’t have to accept that kind of treatment. There is a valid discussion to be had with plus size women about how to manage pregnancy weight gain, nutrition, and exercise, but never forget that you are deserving of respect.

Don’t give your hard-earned money to a doctor who right off the bat tells you that you’ll probably get gestational diabetes or pre-eclampsia or end up needing a c-section. If you want a natural vaginal delivery and they tell you it’s not possible, close the door in their face. You can have a healthy pregnancy, but you need to act with purpose and intention and be surrounded by supportive people to do it. Size does matter, but science is starting to admit that it doesn’t always directly correlate to health. Take care of yourself—mind, body, and soul. It’s the best thing you can do for yourself and your baby.