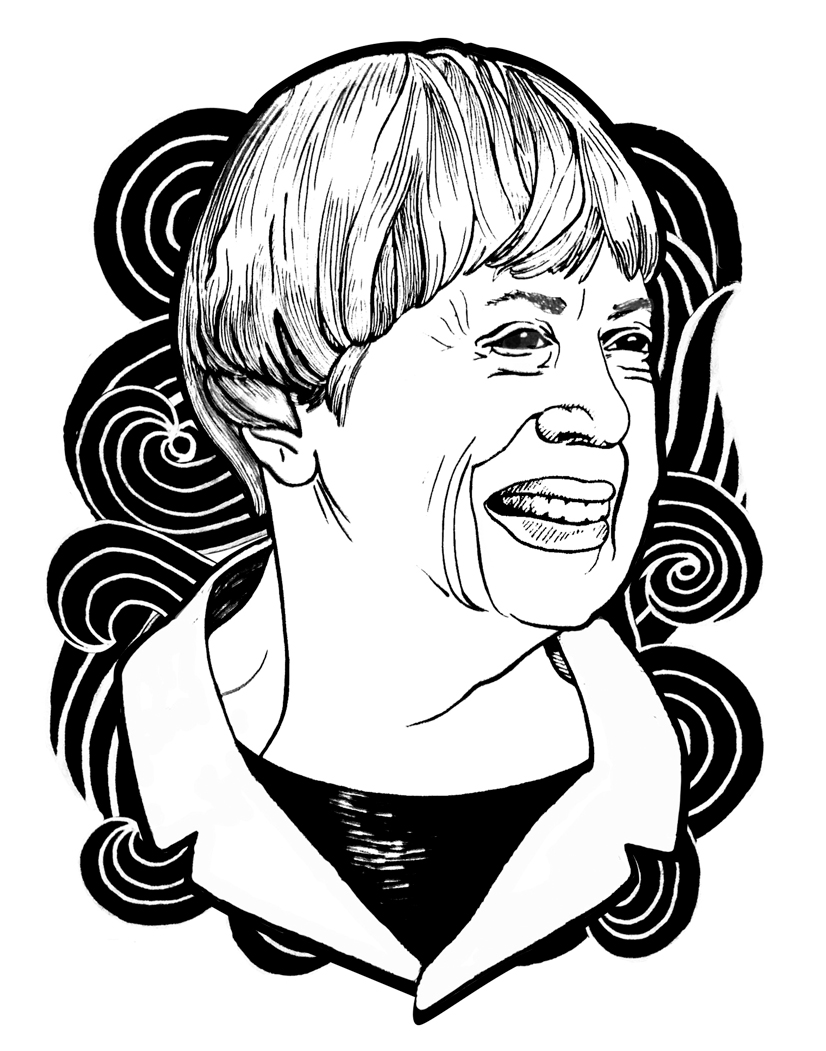 Last week, I lived in the same world as Ursula Le Guin, a grandmaster of science fiction who accepted awards by decrying capitalism and seemed, with every breath, to speak of the better worlds we can create. On Monday, January 22, 2018, she passed away. She was 88 years-old and she knew it was coming. And of course, my sorrow is for myself and my own loss, and not for a woman who, after a lifetime of good work fighting for what she believed, died loved.

It’s also a sorrow to have lost one of the most brilliant anarchists the world has ever known, especially now, as we start into the hard times she said were coming.

“We’ll need writers who can remember freedom—poets, visionaries—realists of a larger reality.”

When I think about anarchist fiction, the first story that comes into my head is a simple one, called “Ile Forest,” which appeared in Le Guin’s 1976 collection Orsinian Tales. The narrative is framed by two men discussing the nature of crime and law. One suggests that some crimes are simply unforgivable. The other refutes it. Surely murder (that isn’t for self-defense), argues the one, is unforgivable. The chief narrator of the story then goes on to relate a story of a murder—a vile one, a misogynist one—that leaves you with both discomfort and the awareness that no, in that particular case, there would be no justice in seeking vengeance or legal repercussions against the murderer. In a few thousand words, without even trying, she undermines the reader’s faith in both codified legal systems and vigilante justice.

It wasn’t that Le Guin carried her politics into her work. It’s that the same spirit animated both her writing and her politics. In her 2015 blog post “Utopiyin, Utopiyang” she writes: “The kind of thinking we are, at last, beginning to do about how to change the goals of human domination and unlimited growth to those of human adaptability and long-term survival is a shift from yang to yin, and so involves acceptance of impermanence and imperfection, a patience with uncertainty and the makeshift, a friendship with water, darkness, and the earth.”

That’s the anarchist spirit that animated her work. Anarchism, as I see it, is about seeking a better world, while accepting impermanence and imperfection.

I spend a lot of my time thinking about, reading about, and learning from others about how fiction can engage with politics. I don’t want to put Le Guin on a pedestal—in perfect form, she refused to let people call her or her work genius—but no one wrote political fiction with the same flair for well-told, book-length metaphor as she did.

The easiest book for me to talk about is The Dispossessed, because it’s the most widely-read anarchist utopian novel in the English language. When Le Guin writes her utopia, it’s explicitly “an ambiguous utopia.” It says so, right on the cover. It’s the story of an anarchist scientist at odds with his own anarchist society and the stifling social conventions that can grow up in the place of laws. It’s a story of that society, far from perfect, favorably compared to both capitalism and state communism. It’s also a story about how beautiful monogamous relationships can be, once they’re not compulsory.

Le Guin was also a pacifist. I’m not one myself, but I respect her position on the matter. I think it was that pacifism that helped her write about violent anti-colonial struggle with as much nuance as she did in The Word for World is Forest. There’s an inherent kindness in the violence in that book, which pits an indigenous alien race (the inspiration for the Ewoks of Star Wars, incidentally, in case you needed more proof that anarchists invent everything) against human invaders. The glory of struggle is muted, rendered realistically. That glory is as dangerous as the actual violence—as it should be.

Le Guin and other authors blew open the doors of what science fiction could be, presenting social sciences as equal to hard sciences. Her novel The Left Hand of Darkness is about people who alternate between male and female. It was an unprecedented work when it came out in 1969. I didn’t love it the way I’ve loved some of her other books, but I’m not sure I can imagine what the world would look like if it had never been written. I can’t point to another work that has done more to seed the idea that gender can and should be fluid. It’s possible that my life as a non-binary trans woman would be completely different had she not written that book.

When I was a baby anarchist, I wanted to know what anarchism had to do with fiction. I get most of my ideas by talking to smart people, so I set out to ask smart people my question. I wrote Ursula Le Guin a letter and sent it to her P.O. box. She emailed me back and I interviewed her for what I thought would be a zine. That zine became my first book (Mythmakers & Lawbreakers), which started both my career and, presumably, my life’s work. She had nothing to gain by helping me, encouraging me, and lending her tremendous social credibility to my project. I like to think she was excited to talk explicitly about anarchism in a way she didn’t often get to, but frankly, I might be projecting my hopes onto her. She didn’t bat an eye at the dirty punk kid named Margaret who lived in a minivan, wore dresses, and had a beard. She told me that she was excited for me to write books. I wonder if she knew how much that meant to me. I wish I had told her while she was still alive.

I think of her kindness to me as an act of solidarity between two people fighting the same fight. How do I tell a dead woman that I want to make her proud? Ursula, I want to make you proud. I want to change the world for you. I want to let you become Odo, your revolutionary who dies before she sees her work come to fruition. Right now, I’m thinking about Le Guin’s words on the importance of words. As I step back from most organizing, I think about what she told me a decade ago: “Activist anarchists always hope I might be an activist, but I think they realize that I would be a lousy one, and let me go back to writing what I write.” 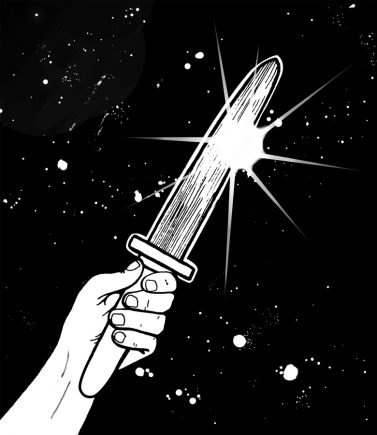 But she knew that words alone weren’t enough. Le Guin did thankless work, too, attending demonstrations and stuffing envelopes for whatever organization could use her help. It’s that dichotomy that makes her my hero. I want everyone to leave me to my writing and not expect me to organize, but I want to be useful in other ways too.

In 2014, Le Guin told the world, “Hard times are coming, when we’ll be wanting the voices of writers who can see alternatives to how we live now, can see through our fear-stricken society and its obsessive technologies to other ways of being, and even imagine real grounds for hope.  We’ll need writers who can remember freedom—poets, visionaries—realists of a larger reality.”

I don’t feel ready, but no one ever does. The truth is: we are ready. There are writers who remember freedom. Maybe more now than there have ever been. There are stories that need to be told, and we are telling them. Walidah Imarisha will tell them. Adrienne Marie Brown will tell them. Laurie Penny will tell them. Nisi Shawl will tell them. Cory Doctorow, Jules Bentley, Mimi Mondal, Lewis Shiner, Rebecca Campbell, Nick Mamatas, Evan Peterson, Alba Roja, Simon Jacobs, and more people than I can know or count will tell them.

All of us will tell them, to each other, by whatever means. We’ll remember freedom. Maybe we’ll even get there.

A version of this obituary was originally published at crimethinc.com