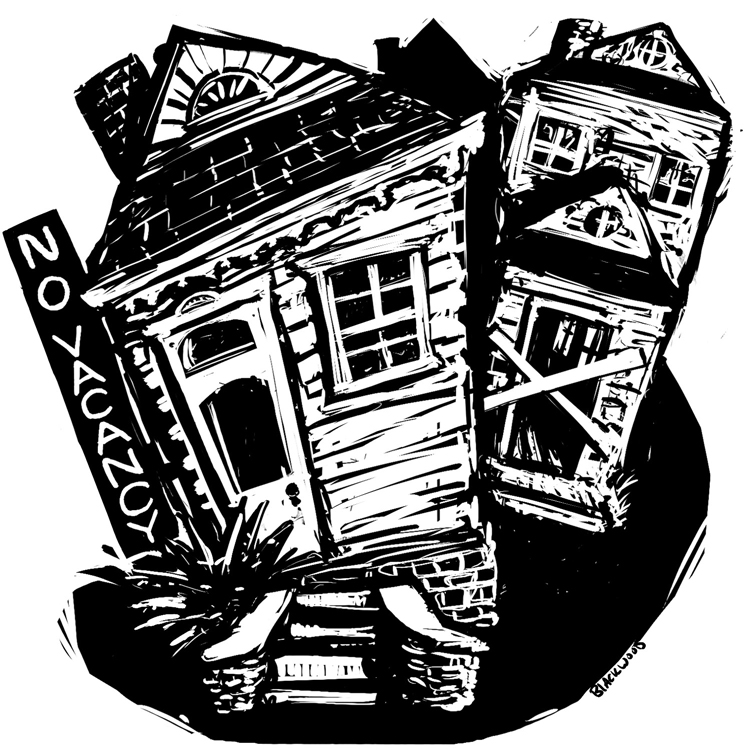 New Orleans City Council’s recent decision to legalize short-term rentals should be no surprise to anyone paying close enough attention to the slow burn surrounding the divisive issue. People have debated for years about the conversion of residential housing stock into vacation rentals, pitting the concerns of permanent residents against the interests of property owners seeking to maximize profit by renting to tourists. At its most fundamental, the debate around short-term rentals is about housing. However, for city government, housing is secondary to fueling the city’s main economic engine. Tourism is king.

With a vote of 6-1, city officials have laid out a welcome mat to a global corporation with a valuation of $30 billion and an established track record of ignoring government regulations. Operating illegally throughout the world, Airbnb has been repeatedly criticized for exploiting local governments’ inability to enforce regulations and exacerbating the plight of cities with finite affordable housing stock. At the same time, the corporation has shirked responsibility for any repercussions associated with their platform, preferring instead to refer to unsubstantiated estimations of economic impact and a myth of upholding middle-class home ownership.

New Orleans government colluding with corporate platforms like Airbnb goes against the interests of the majority of the city’s residents. Drafting regulation in favor of short-term rental platforms, while leaving residents vulnerable to displacement, abets New Orleans’ affordable housing crisis. Half the city’s residents are renters with little recourse against landlords removing them from their homes. Meanwhile, any tourist with disposable income and a smartphone can pick and choose to temporarily stay in any of the neighborhoods that an increasing number of cost-burdened New Orleanians can no longer afford to live in.

If you don’t buy that short-term rentals are a housing affordability issue, wait. You should be convinced soon enough. There’s no financial incentive for a landlord to rent to a resident over tourists. Nightly rates are more profitable than monthly rents. While single-room rentals are available, the real money on platforms like Airbnb is made in whole-home rentals. Without requiring that whole-home rentals be owner-occupied, there’s nothing to stop opportunistic entrepreneurs from purchasing an unlimited amount of residential real estate for the sole purpose of housing tourists.

This has been happening already despite its illegality. Now that it appears most legal restrictions are about to be removed, it only makes sense the problem will worsen. As the number of annual visitors increases alongside the cost of living, New Orleans becomes a harder place to live. This is especially true for those without the capital necessary to tap into the tourist economy. Income inequality is accentuated by economic exclusivity. You can’t make any money off Airbnb if you don’t have any assets. Legalizing the practice simply helps people who have money get more of it.

In November 2015, Bloomberg Markets named New Orleans as the most unequal big city in America. Over the last decade, the gap in New Orleans between rich and poor has widened while visitor spending has grown. Last year saw 9.78 million visitors spend $7.05 billion, a new record for the city. “New Orleans is on a roll,” said Mayor Landrieu. “Once again, our city has proven to be one of the best places in the world to visit.”

It’s currently easier to focus on attracting visitors than to fix the city’s systemic problems, and the legalization of short-term rentals irrefutably aligns with this thinking.

The implications of a city catering primarily to tourists, while nearly a quarter of its residents remain in poverty, are grim. New Orleans being a wonderful place to visit and a difficult place to live points to deep-seated disparity—the success of New Orleans’ tourist economy is dependent upon exploiting low-wage labor. But it’s currently easier to focus on attracting visitors than to fix the city’s systemic problems, and the legalization of short-term rentals irrefutably aligns with this thinking.

Elsewhere, platforms like Airbnb are seeing significant pushback from government legislators. One day after New Orleans City Council voted to legalize short-term rentals, Governor Andrew Cuomo signed a bill into law that will fine individuals up to $7,500 for advertising illegal short-term rentals in New York. Similarly, San Diego is considering a proposal to make it illegal to rent most homes throughout the city to tourists for less than 30 days, with a fine of $2,500 per violation.

While New Orleans city government has failed to alleviate the concerns of residents against short-term rentals, there are some interesting examples of organized opposition from some of the very groups responsible for attracting visitors. This past June, Tales Of The Cocktail penned an open letter asking conference attendees to avoid staying in illegal short-term rentals. Likewise, the New Orleans Comic and Zine Festival is encouraging visitors planning on attending the weekend-long event in November to steer clear of Airbnb. Actively directing tourists away from platforms like Airbnb could perhaps be part of a larger strategy to dealing with a problem our city government doesn’t care to fix.

New Orleans is aiming for 13 million visitors by 2018. The tourism industry has been encroaching upon the city’s residential housing stock for several years now. Liveable homes sit empty outside of the weekends, removed from the market to house people on vacation. With the legalization of short-term rentals, it’s inevitable that the continued influx of visitors will further impact the affordable-housing options of city residents.

If you’re a tourist, none of this matters. If anything, it means you’re about to have even more places to stay. If you live here, the problem you’re likely tired of talking about isn’t going away. Whether you’re for or against short-term rentals, it’s easy to recognize that a large number of people are dissatisfied with the outcome of city council’s recent decision. This affects all of us. Unless, of course, you don’t actually live here.