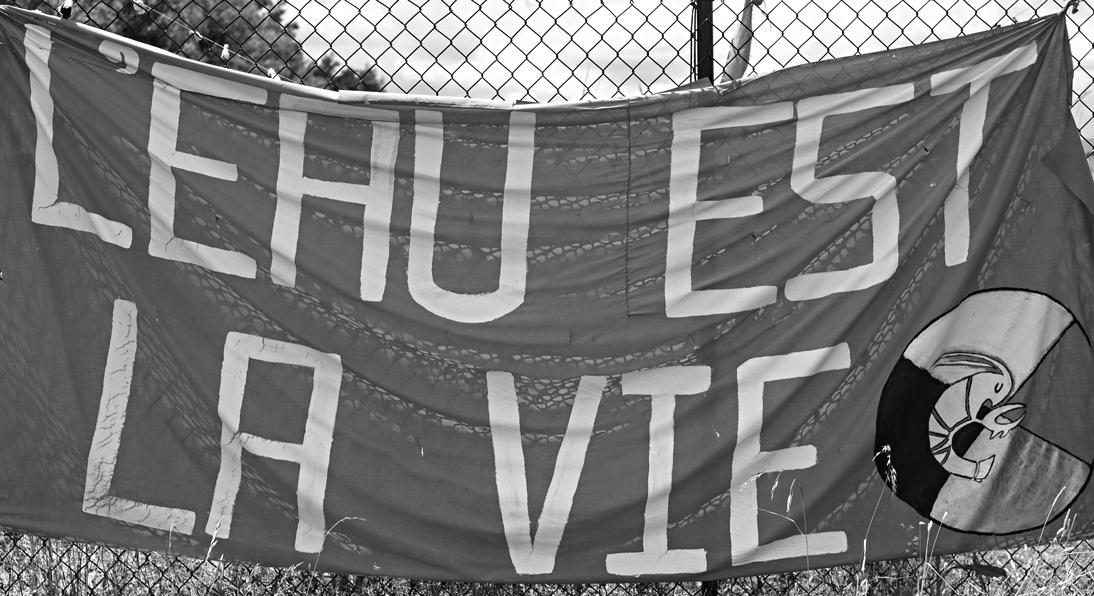 Alicia Cook was one of two people arrested at an active pipeline construction site in St. James Parish on May 24. Two weeks before, a judge had issued orders to halt construction in that area because the state had not properly issued permits. Instead of halting construction, however, the state Department of Natural Resources appealed the judge’s ruling and allowed construction to continue. Cook, who is a cofounder of 350 New Orleans (a volunteer climate activist group), awaits arraignment in July for a single count of criminal trespass.

How did the action go down?
It was actually very simple. We woke up very early in the morning, we walked onto the worksite, and we delivered the order from Judge Turner. After some back and forth with law enforcement, we were told to leave multiple times. After the last orders, a couple of us stayed behind. We knew that the longer we could hold down, the more time we could buy for St. James and the more attention we could draw to what they’ve been experiencing for years.

How did the workers and the cops react to the Judge’s ruling y’all printed?
Law enforcement seemed a bit taken aback—they didn’t give me the impression that they had been briefed on the order, which was a little surprising considering its relevance to the work happening in their jurisdiction. Ostensibly they said they would research the order, but they refused to do so on the worksite on the grounds that we were trespassing on private land (“Actually this is indigenous land,” said Cherri Foytlin. They didn’t seem to like that much). As for the workers, they didn’t speak to us. They’ve been trained not to. They had a nice coffee break, took some nice video to send to their friends back home in whatever state they’d come from (because we know they’re not coming from Louisiana and we have the pictures to prove it). We have no beef with them. Our beef is with Energy Transfer Partners [ETP], and with the Governor and his regulatory agencies which refuse to keep ETP in check.

What does it say about DNR that they have responded to the ruling in the way they have?
It shows that they haven’t read their own mission statement, for one thing. And it shows that the operative question of their decision-making is not, “How do we balance our energy needs with the protection of our resources for all people present and future?” but rather, “What’s the most we can possibly let this industry project get away with?”

Does it show melding of state and corporate interests?
Yes. Hell yes. And in the same way that privilege and prejudice are often invisible to the people who hold it, I’m not sure if these institutions even recognize anymore the extent to which they have been completely bought by the fossil fuel industry and how absurd it is, at its core, to protect their interests before protecting the very water we drink and the very air we breathe.  Somehow they seem to believe that if they protect corporations they are protecting people, while at the same time turning a deaf ear to the many, many people who are saying that they’re already experiencing real harm from this pipeline and other projects.

Do you think the case could work its way through the justice system before construction ends?
I wish I had an answer for you. I would like to believe so, but when they are under pressure in the courts, companies like ETP tend to work faster and in doing so get hasty and sloppy with their work, which poses health and safety threats to residents in St. James and elsewhere along the pipeline route. Members of L’Eau Est La Vie Camp [LELV] have observed this, as have volunteer monitors along the route. One comfort to reflect on is that with every work stoppage and with every court challenge, it is getting increasingly more expensive for ETP and other companies to push these projects through. If our regulatory and political systems refuse to consider the true social cost of carbon in approving new projects, we have to push back with whatever tools we have—even if that’s just our bodies. We will be blocking their path at every step and at every level of the process. 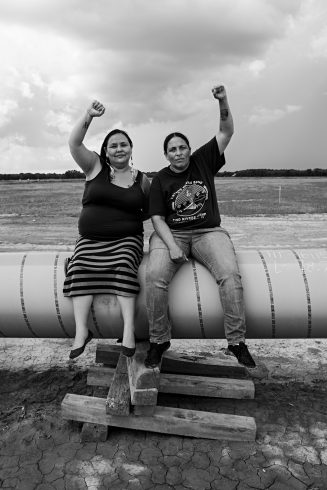 What’s it looking like on the ground?
I haven’t been back to the route since my arrest. I had to take off work that day, which is not always easy for me to do. So many of us fighting this pipeline are very mundane office workers, schoolteachers, service industry employees, etc. who are finding time to step up when we can because we recognize the threat to our survival and to everything that we love. But I can tell you from conversations with friends that there is a lot of grief. Watching someone carve through the Atchafalaya Basin isn’t easy. Watching a pipeline being sealed into the ground, knowing it’s only a matter of time before it leaks and threatens local folks, flora, and fauna isn’t easy. Please think of the folks fighting alongside St. James residents in the courts, and on the ground at LELV Camp. All of Louisiana owes them a debt.