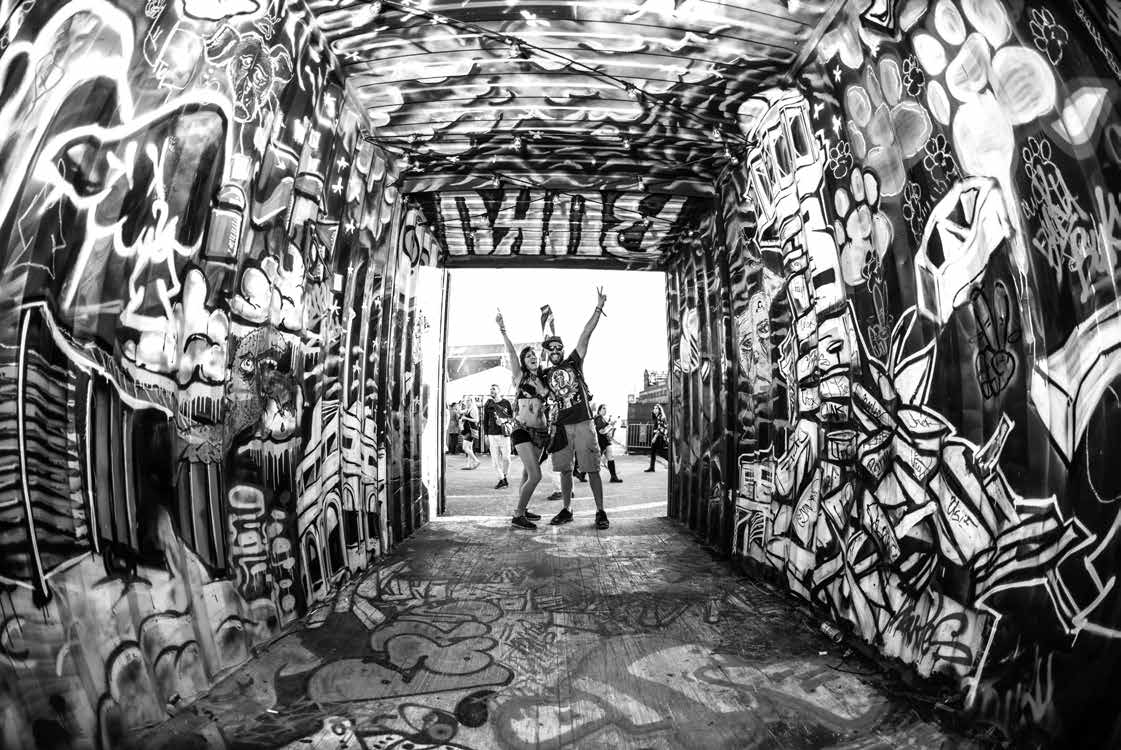 There are only a handful of cities that can brag about having their own amazing local music festival to look forward to each year, and New Orleans is one of them. The BUKU Music + Art Project is a two-day festival that started in 2012 and prides itself on being a mix of big name bands from all over the world and local artists showcasing just some of the amazing new music this city has to offer. Unlike a lot of music festivals, BUKU encourages attendees to move beyond the experience of just drinking and dancing, and explore what happens when that community comes together to share a truly unique blend of art and culture, all amidst Mardi Gras floats, industrial demise, and an imposing river view. The lineup for this year’s festival has something for everyone and we picked out a few of our favorites. 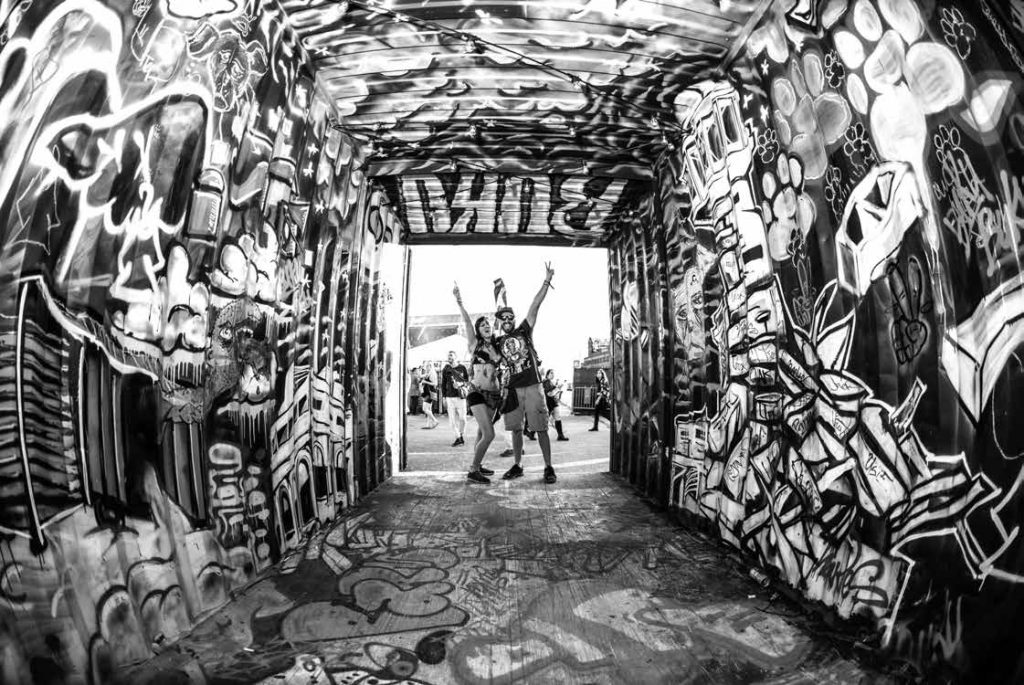 On the tail of their 2015 release, How to Treat the Ones You Love, local noise punk band Donovan Wolfington is hitting the Power Plant stage for their first BUKU experience. D -Wolf is starting off the year with an East Coast tour alongside Florida’s post- hardcore band, Frameworks. In the past few months, the four-piece, which includes vocalist/guitarists Matt Seferian and Neil Berthier, Alex Skalany (bass) and Mike Saladis (drums) have undergone a metamorphosis. They have experienced both a change in their lineup and a switch to addressing some serious issues, like the passing of friend and studio owner Rick Naiser. As a band that sports both yearning punk and Southern charm in their sound, D-Wolf found success with their first two releases, Stop Breathing (2013) and their EP on Topshelf Records, Scary Stories To Tell In The Dark (2014). Notably, in 2014, the band toured with famed California punk group Joyce Manor, following their hot controversy against stage-diving at shows. With a solid fan base and a promising New Orleans punk twang, D-Wolf should deliver a shirt-soaking, fun-loving, emotionally twisting, high energy show. —Maeve Holler

ANDERSON .PAAK AND THE FREE NATIONALS

Anderson .Paak’s rise has been a slow burn. The Oxnard, CA artist was featured on a total of six tracks on Dr. Dre’s long-awaited album Compton this past year, and has been turning heads for his versatility as a rapper, singer, and producer ever since. .Paak’s medley of James Brown-style funk rhythms, soulful vocals, and poignant lyricism has been a long time in the making. After he was abruptly let go from his job at a marijuana farm in Santa Barbara, .Paak was taken under the wing of Shafiq Husayn of Sa-Ra Creative Partners, the group behind much of Frank Ocean’s Channel Orange. He briefly played drums for American Idol contestant Haley Reinhart and began releasing music under the name Breezy Lovejoy before transitioning to his current stage name in 2013. On his latest project, Malibu, .Paak brings all of his influences and experiences to the forefront. He discusses his tumultuous upbringing as the son of a Korean immigrant mother and convict father, all while conjuring melodies that sound like transcendence. .Paak and his backing band The Free Nationals are sure to bring an eclectic and dynamic set to BUKU. He might even hop on the drums. —Ben DL

Crystal Castles are loud. Like, deafeningly loud. One time, a few years ago, they played an album release show in New York at one of those mixology bars that don’t have a sign on the door, and a lady in attendance (maybe it was me) almost had a panic attack because her teeth felt like they were gonna rattle right out of her mouth. The original lineup for this slick, loud ( just wanna make that very clear) electro duo was Ethan Kath and Alice Glass, but Alice left the band in 2014 to start a solo project. The band’s fourth album, which they’ll be releasing soon and will probably be playing songs from during their set, will be the first to feature new singer Edith Frances, who is a mysterious character that has, as far as Google knows, never been in a band before. Maybe this will be a JT LeRoy situation and Edith Frances will reveal herself at BUKU as actually being Corey Feldman. Stranger things have happened. —Kelly McClure

The New Orleans natives are a triple threat on the BUKU stage performing back to back to back. Hip-hop heavyweights Mystikal and Juvenile are New Orleans legends who dominated the late ‘90s and early 2000s when they were signed to New Orleans-based labels No Limit and Cash Money, respectively. You can expect to hear classics from Mystikal like “Shake Ya Ass” and “Danger,” along with Juvenile’s hits like “Back That Azz Up,” “Slow Motion,” and more classics from his iconic album 400 Degreez. Mystikal recently made an appearance on Saturday Night Live to perform the single “Feel Right” with Bruno Mars and Mark Ronson. Up and coming bounce artist Fly Boi Keno is following his fellow NOLA artists on his rise to stardom. Keno recently collaborated with EDM maestros Jack Ü—the DJ duo composed of Skrillex and Diplo— for their remix of Fly Boi’s bounce song, “Beat Steady Knockin.” Overall, with these three artists, you’ll hear an entire timeline of ass-shaking music, from the ‘90s to now. —Morgan Lawrence

After accidentally stumbling upon a free download for their debut self- titled album in 2009, Miike Snow’s revolving single “Animal” quickly became the power indie-pop theme to many questionable teenage decisions. The popular Swedish dance trio, singer/frontman Andrew Wyatt and producing team Bloodshy & Avant, are chasing the soon-to-be-released next album, iii, with an international tour and stop at BUKU. Following a three- year hiatus, Miike Snow teased fans in 2015 with two effervescent single releases, “Heart Is Full” and “Genghis Khan” which pull with booming drum loops, eerie lyrics, and soul vocals. These tracks tug at your heartstrings in a bold way and their sound has been repurposed for a unique and timely millennial moment. The songs have been paired with music videos that present deliciously uncomfortable visuals similar to those seen in Freud’s Uncanny Valley—I’m not even sure if I can (or want to?) believe they’re real. The scheduled release of iii is March 4th. While many of us haven’t heard from Miike Snow in a while, faithful fans have been anticipating this album since rumors in 2012. Keeping in mind their intriguing recent activity and the fact that the trio has collaborated with and remixed a laundry-list of big names, such as Lykke Li and Vampire Weekend, it would be worth catching a glimpse of what else they have in store for us on Saturday. —Maeve Holler

Everyone’s talking about Kehlani. Fresh off of a Grammy nomination for Best Urban Contemporary Album for her 2015 mixtape You Should Be Here, the 20-year-old R&B singer-songwriter is showing no signs of letting up. After finishing fourth on the 2011 season of America’s Got Talent with the group Poplyfe, the Oakland native committed herself to a solo career and found success with a generation of obsessive social media users. But Kehlani isn’t a viral overnight sensation. Her brand of confessional R&B combines the vocal stylings of 2000s neo-soul with the kind of personal songwriting that has earned her a legion of diehard fans. Her story is also compelling: the child of two addicts, Kehlani was homeless for a time before moving to Los Angeles to live with friends. After releasing You Should Be Here last April and announcing a deal with Atlantic, Kehlani sold out every date on her North American tour. The mixtape, which listens more like an album with sleek production and original songwriting, has been streamed upwards of 30 million times on SoundCloud. Expect to hear fun standouts like “Down For You” as well as emotional deep cuts like “The Letter,” a song written for her mother. This might be your last chance to see Kehlani in a relatively intimate setting before she starts selling out arenas. —Ben DL

A former member of Tyler the Creator’s Odd Future, Earl Sweatshirt has been making his own stuff for the last few years that, in the opinion of many, surpasses Tyler’s and has, as of now, not gotten him banned from any countries. His first solo album, Doris, came out in 2013, and his second, 2015’s I Don’t Like Shit, I Don’t Go Outside, has the best title of any album ever. Before signing on to release his two studio albums on Columbia Records, he self-released a mixtape called Earl and if the story is true, his mom sent him to a boarding school in Samoa until his 18th birthday after hearing the tape, so that gives you a clue as to what sort of material to expect from him during his set. Anything could happen, but not banned-from-a-country level anything, just general fun stuff and maybe a moment or two of rabble-rousing, which never hurt anyone and, actually, tends to make for a better show. —Kelly McClure 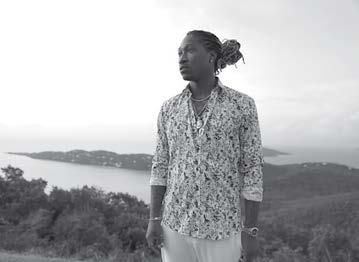 Future turned a five star hotel into a trap house, and he’ll turn Mardi Gras World into a packed house when the ghost writer-turned-headliner performs for his first BUKU. Fans, also known as the #FutureHive, can expect to hear his long list of trap hits like “Tony Montana” and “Same Damn Time,” along with some of the latest tracks from his duet album with Drake, What a Time to Be Alive, like the infinitely radio repeated, “Jumpman.” The Atlanta-based rapper dominates the radio airwaves and he doesn’t plan to slow down with his claim of sitting on nine bodies of work. If you’re not familiar with Future’s music, you can catch up on his two new mixtapes he released last month, Purple Reign and EVOL. Fans and bystanders are in store for an energetic party atmosphere with blaring bass that may cause a contact high. TURN UP! —Morgan Lawrence