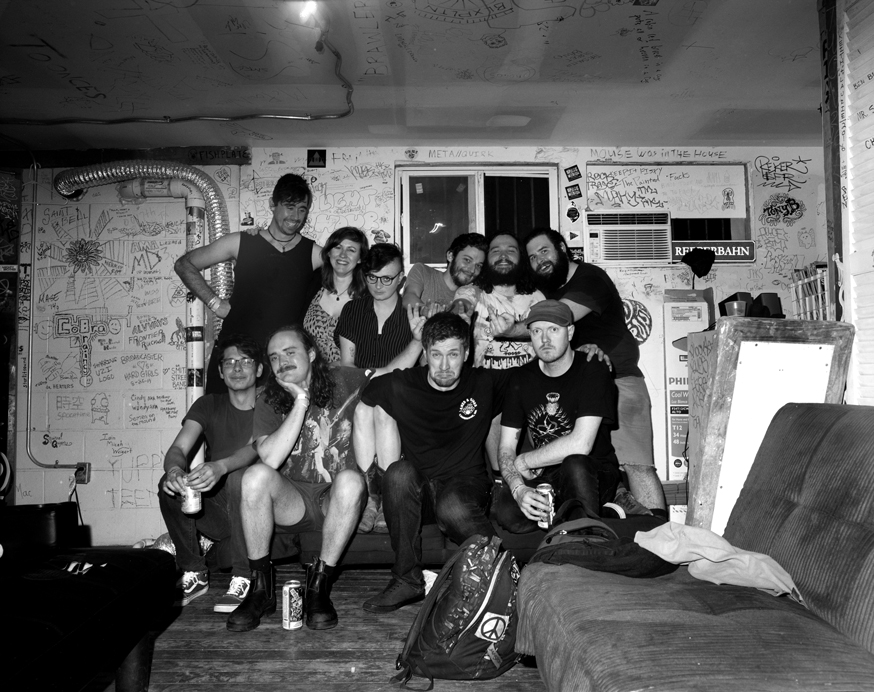 Pile was, for me, just a cool band getting some then-weirdly diverse veneration until I saw them for the first time at the now-closed Spitfire in 2015. They started as I shyly drank at the bar and talked with the one person I knew there. They played an entire set by the time I realized I had been too captivated by what I had heard to get up and watch. When investigating whether or not the band had actually packed up, I got a little embarrassed for my doubt and turned it into a walk to the bathroom. A concurrent entrance and lack of a light began a conversation with a stranger who received my praise of Pile’s set—not a random showgoer, it turned out, but the band’s bassist, Matt Connery. An offer to buy him a shot became a deal on as much Pile merch as I wanted and a compelling, personal conversation about the mysteries of Andrew W.K. and the miseries of the North. As I looped my Dripping and You’re Better Than This LPs for days after, I realized I am now one of those devotees I couldn’t quite understand at the time. All I had to do was hang out.

I arrived at Gasa Gasa ready to do just that. Well, not really. The preceding days were defined by the most terrifying mental health crisis of my life, which led immediately to me quitting alcohol and removing myself from my home and Pile-loving social circle for a few days. So really, I came ready to form this review and keep to myself.

Local band Treadles opened, laying the foundation for a showcase of weird, dark, and rootsy rock. Singer/guitarist Kara Stafford took the stage in a novelty Minions shirt being trafficked by touring support Gnarwhal, apparently for some kind of gag Instagram account. As a heavy, tenebrous, and soulful folk-rock four piece, Treadles never immediately lends the band any outward silliness, but remarks between dense, emotional songs like “Can I get a woo for 4/20 please?” and personal endorsements about the other bands proved that Treadles isn’t severe in their arid gloom. The mutual appreciation between opener and closer, coupled with the sprawling interplay of the night’s bands, cemented the foundation toward an inclusive hangout between performers and an audience of tatted-up scene heavies and enthused occasionals.

Next to take the stage was local alt rock good boys Pope. Where Treadles’ rootsiness may be most identifiable with True Widow, Pope’s matches their reputation as an outlet for Dinosaur Jr. worship. Beginning the set on lead vocals and guitar, Matt Seferian proclaimed without hesitation “It’s not a holiday! Every day is 4/20 for me!” While that may be true, I’d seen Pope too many times not to notice that this occasion brought something different out in him and bandmate Alejandro Skalany. They played with their other band Donovan Wolfington on the same stage and day two years prior; that was the only other time I’d witnessed them rip their songs so much more brazenly.

I can’t say that I’d ever been a passionate Gnarwhal listener and they were, if any, the oddball of the bill. Whereas the other bands focus on the late ‘80s and early ‘90s grunge-y alt rock eras, Gnarwhal is a unique, hyperactive prog-emo chain reaction. They retain a small shred of emo revival and do almost everything possible to obscure it in high velocity, mathematical thrashing so liberated and deft that each song melds into a set of King Crimson-grade complex pastoral portraiture, as interpreted by 20-somethings. It’s not for everyone, and their live power makes it more polarizing.

During Gnarwhal’s set, Treadles’ Stafford engaged in a tug-of-war over a shirt with Gnarwhal drummer Tyler Coburn on stage. I really can’t stress enough that the world of this show was uncommonly inclusive of the audience’s interaction with the performers and, during this, we all were having a really, really fun moment together despite all mutual unfamiliarity. Not much later in Gnarwhal’s set, though, this shared amusement was twisted into a heckle that was so inconsistent with every part of the show. So, before I get to Pile’s set, I hope that the piece of shit that thought anyone wanted to hear “You’re just going to let that girl take your shirt?!” understands now that he was alone in misinterpreting the bonds defining that night at Gasa Gasa. Alone in thinking his conception of “girl” was in any way welcome or accurate. Alone as the only hollow, sheltered facsimile of a baby boomer desperately rattling his pathetic vocabulary for undeserved validation.

While that spoiled some of Gnarwhal’s already-challenging set for me, I was restored when Pile began their set with “Baby Boy.” While confirming that it is one of the best opening tracks for a set (or album), I noticed that Gnarwhal guitarist Chappy Hull is Pile’s second guitarist. Gasa Gasa is a great venue to see full of people bonded with live performers and the synchronicity throughout was so upfront that my self-distancing immediately collapsed and I was as any other body. Pile has always been a band that resonated deeply during my greatest reckonings with insecurities, so I felt comfortable letting go as so many of my favorite lyrics and riffs moved me and other members of the adoring audience. Pile’s blend of searing and placid guitars, slightly leftfield country crooning, and noise rock rhythm moved the audience closer together progressively and, by “Mr. Fish” six songs in, the members of Treadles were embracing each other in an exemplary, truly joyful sing-a-long. 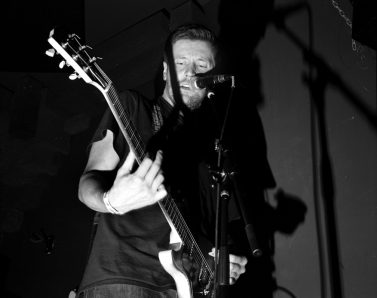 But during “Texas,” this union was interrupted in a now-familiar way: bros. Three obvious bros displaced all enjoyment around them with moshing. Another physically imposing member of the audience did his best to shield those near him rather than join, but that gesture and the other attempts that always come from a crowd who do not want to be thrashed by antisocial meatheads were disregarded. But Pile joined with their audience and told these remnants of rock’n’roll’s inglorious masculinity that their childish interruption of our hopeful, mutual space was completely unwelcome. Thank you, Pile and everyone who made this show a place for positive experiences!

Surprisingly, there was then a shift toward an even more personal set! A celebration of National High Five Day and an off note from Rick Maguire’s guitar immediately turned into a verse-long gag of off-notes repeatedly in time—an instrumental high-five complete with grins and gazes among bandmates. Jonathan Parrish, perhaps the earliest local supporter of Pile, was invited on stage to receive birthday cheers and tell a story about how he accidentally facilitated Pile somewhat legitimately entering and sleeping in his mom’s house years ago. This was obviously as much a treat for the band as it was for the audience, judging by the smiles throughout.

Meanwhile, I went near some friends I felt discomforted with for my aforementioned crisis. We weren’t together for being near, but we were absorbed in Pile and Pile was explicitly there for us all. If there were any doubts that this was a mutual social gathering, Rick politely informed us as Parrish exited the stage that, while they could play a few more songs, it’d just be one more because “clearly we want to hang out!”