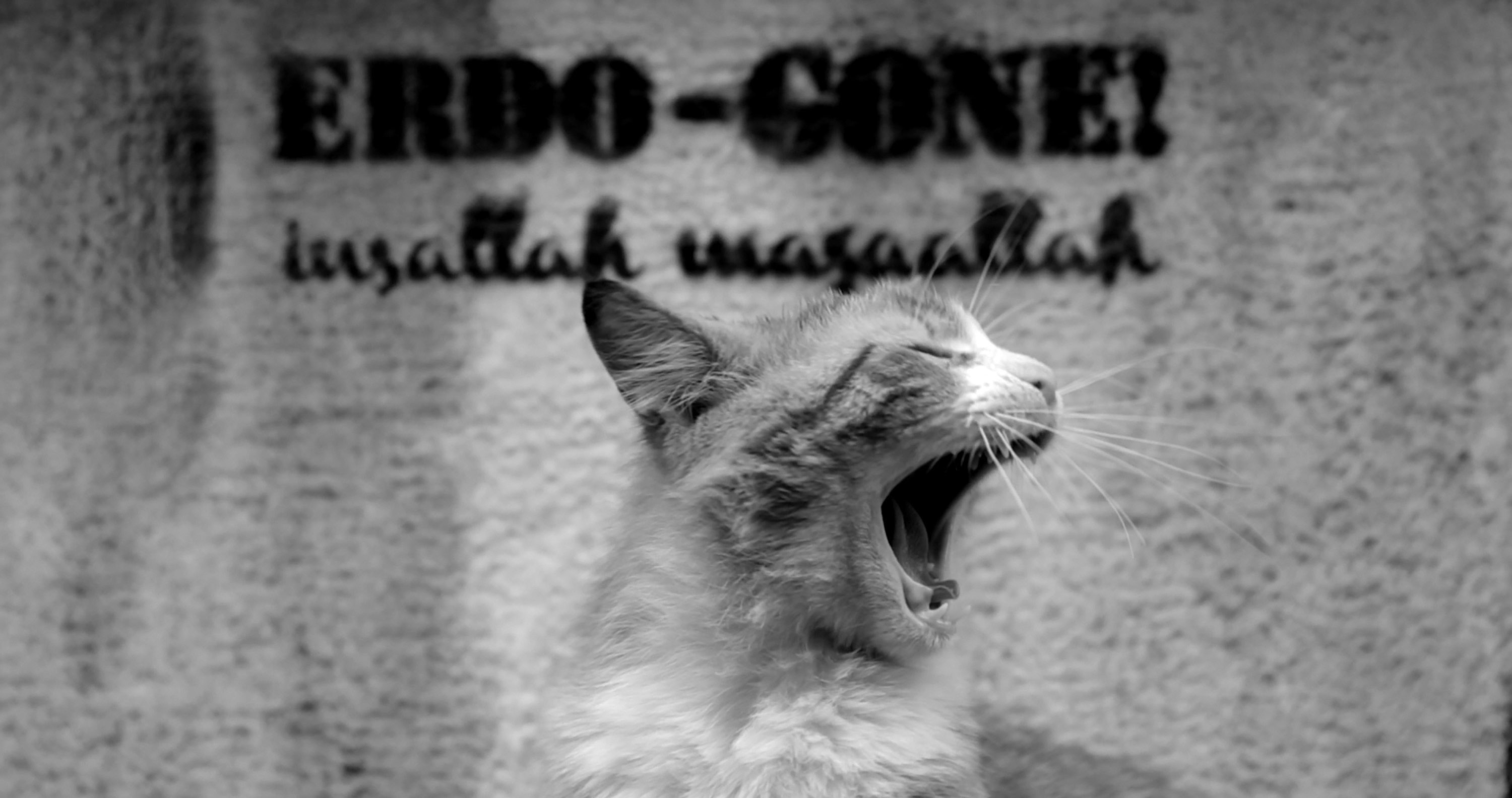 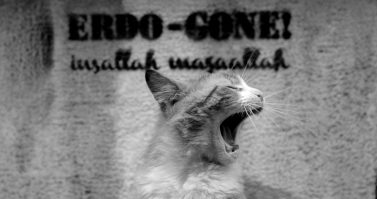 Documentary film fans of New Orleans have good reason to be excited. The second annual True Orleans Film Festival will feature over a dozen motion pictures from all over the world. Selections include both shorts and feature-length films with a broad range of styles. In addition to screenings throughout the weekend, there will be two panels that are free and open to the public. The festival is organized by Shotgun Cinema, a non-profit film organization dedicated to exhibiting independent movies. Check out our favorites from this year’s films and see what moved us. 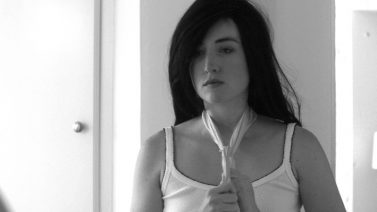 In 1974, a Florida newcaster shot herself in the head. The gory event marked the first suicide on live television, along with inspiring the film Network and its “mad as hell” anchorman. Yet the death of Christine Chubbuck has gone mostly unprobed and forgotten. In Kate Plays Christine, the camera follows actor Kate Lyn Sheil as she prepares to take on the role of the tragic newscaster. The actor grapples with playing a character defined by an opaque death. In the absence of source material, Sheil turns inward in her pursuit of deeper understanding. The themes of loss and suffering reappear throughout her research; frustration develops due to a lack of meaning. The personal struggles of the actor merge with the morbid subject matter. In the process, the film veers between documentary and fiction, culminating in an emotionally explosive final scene. It’s a dark, thoughtful movie that asks more questions than it answers, leading the audience to evaluate their own expectations and motives as spectators. Director Robert Greene will be in attendance. —Andru Okun

One part Blair Witch Project, one part A People’s History of the United States, one part that bizarre book your kooky uncle keeps in the bathroom with random facts about strange ways people have died—this is The Illinois Parables. Shot and presented on 16mm film by Director Deborah Stratman, this documentary comments, somewhat unconventionally, on the shaping of one of the United States’ less sensational states—and manages to depict these otherwise stale, historic happenings in full fictional (yet factual) flair. The Illinois Parables begins around the Trail of Tears and the removal of Cherokees to (supposedly) undiscovered Western lands, and ends somewhere around (what we assume is) the government-sanctioned assassination of Fred Hampton, a prominent leader of the Black Panther Party in ’69. We trickle through the exodus of Brigham Young and his followers through the rubble and devastation following a tornado—though none of it unfurls in a manner common to the genre. For instance, there is no narrator. Rather, the camera itself is the narrator. Each event is translated in news headlines overlaid with eerie Illinois landscapes, murals, historic markers, and recorded speeches, so that the viewer becomes the researcher in this account of what are, more often than not, marginalized perspectives on the pages of history. The Illinois Parables engages viewers in a way that television typically doesn’t demand; viewers are transformed into active researchers in the mysterious making of a state. In certain episodes, it’s difficult to deduce what exactly is happening, though at the end of the documentary we’re treated to credits delineating each parable by the city and year in which it took place. The delivery underscores the inherent variability of what we call history, and instead insists upon multiple histories, as if each was its own work of individual experience. In this way, we are to discover for ourselves the difference between the oppressor versus the oppressed, the marginalized versus the mainstream. I kind of wish they’d make a series of parables for every state. —Brooke Sauvage 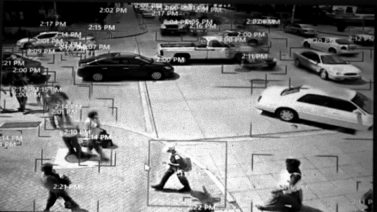 Do Not Resist (directed by Craig Atkinson) is an intense look into the militarization of American police. The film begins in Ferguson, documenting the excessive use of police force in response to protests following the death of Mike Brown, an unarmed Black teenager killed by police. Moving beyond the riot-gear and countless cans of tear gas, the film takes the viewer into the frightening world of law enforcement. A seminar led by a retired lieutenant colonel provides insight into the mentality guiding modern policing. SWAT raid ride-alongs show police putting their military style training into action. An army depot in Texas with rows of MRAP (Mine-Resistant Ambush Protected) vehicles helps to conceptualize how weapons of war have been obtained by domestic police departments through military surplus programs. Access into the inner-workings of aerial surveillance programs sheds light on the increasingly intrusive forms of policing via technology. It’s a gripping, highly relevant film, illustrating how a dangerous excess of power is being granted to police and what it looks like when that power is put into action. —Andru Okun

After a child sex scandal erupts in the Chinese province of Hainan, Ye Haiyan and her fellow activists decide to take action. In drawing attention to the rape of six elementary school girls by their principal and an associate, Haiyan finds her own safety threatened. Surveilled by police and terrorized by hired thugs, Haiyan and her daughter are forced from their home. Attempting to escape harassment, they arrive in a new city, only to learn shortly thereafter that they’re unwelcome. The police drop the woman, her daughter, and all their material possessions on the side of a rural highway. Later, she’s jailed as a political prisoner. Fortunately, first-time filmmaker Nanfu Wang is there to capture many of the transgressions. Hooligan Sparrow is a heroic feat of documentation—Wang had to smuggle her footage out of China in order for it to be seen. The end result is an important record of Chinese political corruption and the hardships of activists made into enemies of the state. —Andru Okun 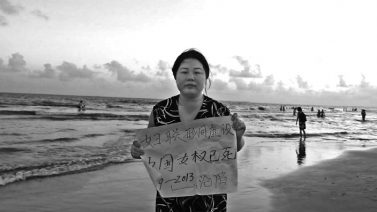 As a 13-minute documentary short, our view into rapper Cakes da Killa’s life is brief, but potently rendered in Cakes Da Killa: No Homo. Shot by Ja’Tovia M. Gary, a familiar and amiably antagonistic interlocutor, the film comes off as two friends chatting, beginning with a zoomed-in interview of a shy, almost coquettish Cakes, reluctant to discuss anything too deep. And yet, we encounter an entirely different Cakes in one of his performances as he raps in a deep, barking voice about his latest sexcapades. He recalls knowing he was gay in kindergarten and coming out in third grade; Cakes is clearly comfortable with his identity. But much of the film centers on the difference between Cakes da Person and Cakes da Killa, using sex as the hinge between the two characters. Cakes shies away from mention of his sexualized lyrics, suddenly ashamed, as if Grandma walked in on him getting it on. But on stage, his lyrics represent fearless forays into a sexual identity that mainstream viewers or listeners don’t see or hear much of. This is just me being me, he says—this is you reading my diary. Well, well; aren’t we lucky he decided to share with us. —Brooke Sauvage

I’d be willing to bet that even the bona fide dog people wonder, from time to time, about the secret lives of cats. After all, they’re such mysterious, mischievous little creatures. In KEDi (directed by Ceyda Torun), we’re granted a privileged view of Istanbul through the robust population  of street cats that’s rendered on a level of detail usually reserved for the curmudgeonly old guard of residents of hallowed cities with a penchant for storytelling. Throughout the documentary, we meet different felines—frequently referred to as characters by the humans that look after them—that comprise a vital part of the city’s culture. More than just cats, these luminous beings exist in karmic harmony with the humans that are sensitive to their plight, who swear by the fruitful exchange of food scraps for pest control, or even stewardship for healing. Some of the people in KEDi describe the cats as agents of God or as little, furry aliens. A fisherman recounts a story of being desperate for money after his boat sank, only to find a cat’s insistent meowing alerting him to a lost wallet containing the exact amount of currency he needed. Others look to cats as paragons of sentient living, in their freedom, their insouciance, and the simplicity of their determination. KEDi reveals Istanbul’s street cats as essential cogs in the city’s spiritual underpinnings. What’s more, there are lots of kittens, not  to mention a decent narrative arc given the ordinarily sterile dramatic trajectory of documentaries. It might be more of a comment on me than the film, but I cried a good bit towards the end. What else might we notice if we cared to examine the lives of other (so-called) lesser beings in such detail? It might just give us a clue as to the nature of our own humanity. —Brooke Sauvage 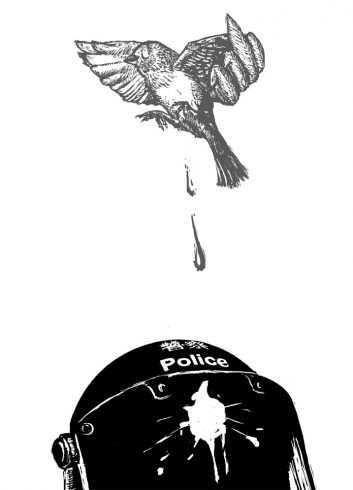 The True Orleans Film Festival will be held September 9 through 11 at The Broad Theater. For more information, visit true-orleans.org.