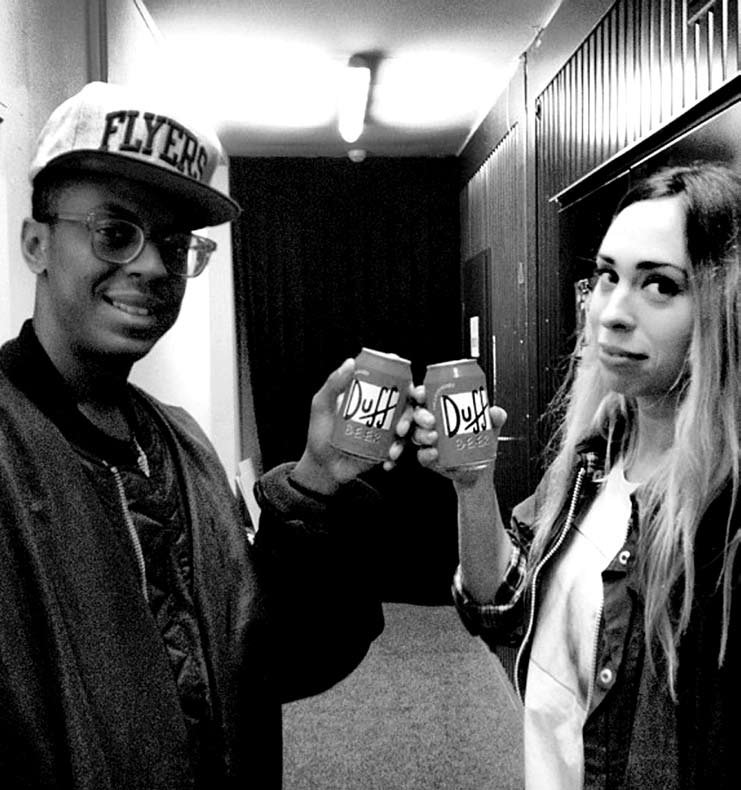 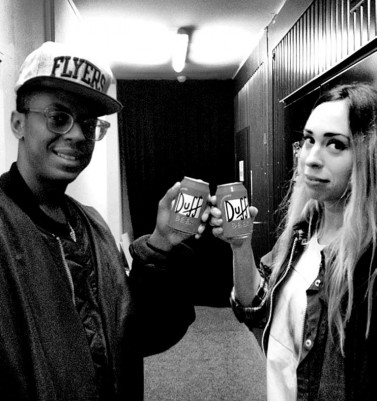 Dear New Orleans! The Spank Rock/Boys Noize European Adventure Party Time Excellent Tour (actually called the ‘Out of the Black Tour’) was insane! Being on tour—on a continent you’ve never been to—is like being in an old porno movie about racing cars. It doesn’t feel real. Then again, life doesn’t feel real in general anymore. We went to 21 countries and met so many amazing people and did so many amazing things. We kicked off the 2 month long trip at Marsatac Festival in Marseilles, headlining a sold-out venue. From there we went to Paris for a week during Fashion Week. We partied with Mark Gonzales in a suite we were given at the W Hotel in Paris until he punched a security guard in the face and was escorted out. We frequented Silencio (David Lynch’s club), went to a rave under a bridge and blew lines on a small train next to the canal similar to the one at the Audubon Zoo. From there we went to Berlin and performed at Flamingo club. Then tour really kicked off in Glasgow. We had the coolest driver in the world named Neil. I really wish I could have adopted him and taken him on the entire tour. We did X in Edinburgh and made some cool friends there. We played an awesome party called the Warehouse Project in Manchester with Simian Mobile Disco, Erol Alkan, Jimmy Edgar and so many others. We played I Love Techno festival in Gent, which was a 35,000 person music festival with artists such as Flying Lotus, A Trak, Jamie XX, Major Lazer, Vitalic, SCNTST and a shitload more. We took 141 shots, ate 83 pounds of meat, 87 pounds of cheese and 213 pounds of candy. I stage dove in Paris at Social Club, in Milan on Halloween during Boys Noize and in Gent during Major Lazer on Diplo’s birthday after getting him annihilated drunk. I had a menu’s worth of interesting drug mixtures. Got tons of motion sickness on our double-decker, Taj Mahal of a tour bus. Frolicked on the beaches of Barcelona and saw the snow-capped mountains of France with a panoramic view from my bus bed in the ‘Princess Lounge.’ Saw a live sex show in Hamburg and got drunk on Duff beer in Zurich. We saw Sebastien Tellier in Barcelona and Le1f in Berlin. Saw Castles in Gent, house boats in Nimes, Pier Paolo Pasolini’s house in Bologna, the Berlin Wall, the Gaudi village and church in Barcelona, The Red Light District in Amsterdam and of course, the Eiffel Tower sparkling at night. I could go on forever. Until the next episode… XOXO —DJ MUSA