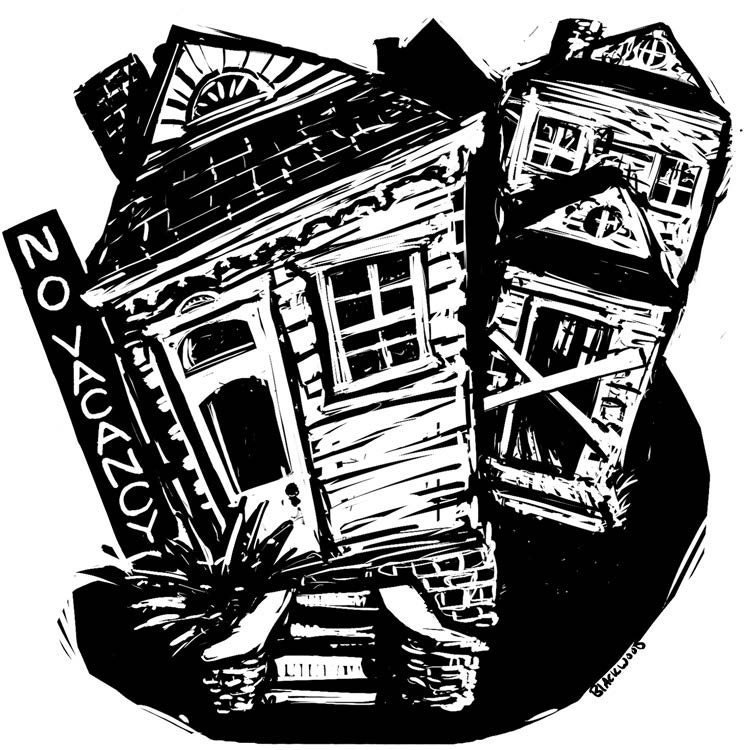 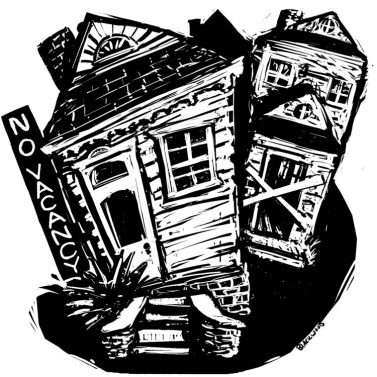 Once again, our resident rabble-rouser Jules Bentley has upset the liberal micro-economy of New Orleans, with the piece he cowrote with Dorian Commode about AirBnB and its effects on our local housing market. Not since our food truck piece (“Fork in the Road: Who’s Behind the Push for New Orleans Food Trucks?” March 2013) have we elicited such a large response from our readers. Below are some of the more choice comments from our website. As always, we appreciate the discussion.

“I run a host-occupied Airbnb in the Marigny, in fact I’m probably the ‘artist from New Jersey’ mentioned in this article because that’s exactly as I put it in my profile. I started doing Airbnb a year ago after my roommate and I found ourselves six months into living in this house, and three roommates gone already. The first one couldn’t pay rent and punched a hole in the wall on his way out. The second couldn’t pay rent, sexually harassed me, brought crust punks (the heroin addicted kind!) home, and stole $500 from my roommate. The third, he was alright, but after four months without a job he could no longer pay rent and moved out of the state. In the past year, none of our Airbnb guests have sexually harassed me, none have punched holes in the wall, stolen money, or brought crust punks home, AND they all pay their rent. Airbnb has given me lots of opportunities, friends all over the world, the chance to see this city over and over through new eyes, and most importantly, it pays my rent so I can use the money I make drawing and selling caricatures of King Tourist in the French Quarter to pay off student loans and feed myself.”

“In the city So many things ‘we’ used to do to make money are not available. Kids can’t sell bottle water at the Jazz Fest! Nobody can sell T-shirts or beers near the dome. If you try and sell pralines on Claiborne, NOPD comes gives you a expensive ticket. Same at a second line. So what is the difference between all these “illegal” things that have been SHUT DOWN and Airbnb which is allowed to go with no interference?”

“This is really interesting, and I appreciate the careful thought about what happens when we commodify *everything* for the tourist. One tiny quibble. I take issue with the idea that bike lanes are just for white people, or that the Esplanade bike lane created a white stripe through that neighborhood. Bikes have long been a common form of transportation for anybody without access to a car—including a whole lot of people of color. Statistically, middle aged black men are the most likely to be hurt in bike crashes in New Orleans. Making the streets safer for people on bikes may *feel* like a white/gentrifying thing, but that’s because of how it’s represented, not because it accurately reflects who is riding that street and who benefits from safety.”

“The cost of housing going up as a result of the geographically expanding tourism industry is bad for New Orleanians who rent.”

“Great read. Ironically, I know of 2 illegal airbnbs—both are entire houses located in the Marigny that are available for rent by the day/ week. Other thing in common is that they both sport the placard with the null sign protesting Cafe Havana. Wonder if that’s the equivalent of the bat signal to city inspectors that these places are to be left alone since they serve a ‘noble cause?!?’” 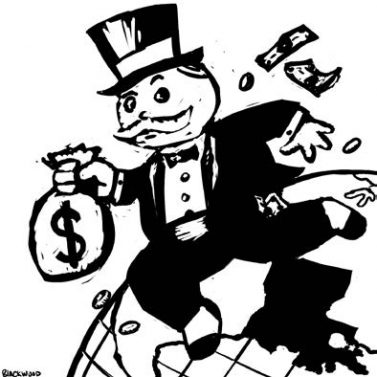 “Stupid article. What they fail to account for is that (a) when ppl use airbnb, the money stays right here in NOLA. When they go to the Marriott, the cash goes straight to Utah. Secondly, it gives neighborhoods that usually never have access tourism way more opportunity to get their fair share of the pie (the author acts like the FQ is the only place they deserve to go). Third, independent B&Bs often use it to boost sales, so only giant hotels suffer. The system should be better regulated, more taxes collected, but it’s an overall great opportunity for the middle class of New Orleans”

“I know of at least four Airbnb addresses in my ‘hood, and the neighbors have NO CLUE about them, because (a) there are already so many transient renters with absentee landlords, ( b) nobody knows their neighbor anymore, and (c) none of the feared Airbnb ‘emergencies’ (e.g. fire; death; misrepresentation) has yet occurred.”

“On the next block over from me in the Marigny, there are at least four full time airbnb rental houses. In fact, a long term elderly woman was recently just kicked out of her place in order for the home owner to make more room for his airbnb business. All of these short term rentals destroy the integrity of the neighborhood and force real residents out creating a shell of a neighborhood.”

“I could barely get through this whole article because it’s so poorly written and its subject matter is all over the map! Airbnb! Racism! Hipsters! Neighborhood associations! Bike Lanes! Chess! Go! Pre-Katrina/Post Katrina! ‘Continuity of Claiborne?!’ WTF SERIOUSLY? This piece is laying all sort of blame on all sorts of things at Airbnb’s feet and it just doesn’t wash. Look, I run an Airbnb out of my home and really, screw anyone who says I’m not allowed. This is my home: I live in it, I pay taxes on it, and I own it. I totally love meeting all these people who want to visit New Orleans. Hotel rooms here are too few, too full, and too expensive. The extra income (which is taxed) has changed my life. That being said, I seriously do not approve of renters doing it (sorry guys, that just not okay and yes it’s COMPLETELY different than ‘…like, just having a bunch of different roommates, you know?’) and I even-more-seriously do not approve of non- Orleans residents (be they from Metairie or New Jersey or Australia) scooping up houses and turning them into illegal short-term rentals. That truly does have a negative effect: where are people supposed to live if all the apartment stock is being Airbnb’d for $100 a night? Claiming “But I beautified a blighted house so that’s all that matters.” is BS. I live in the Marigny and I want neighbors, not vacationers. The Marigny-Bywater area is lousy with Airbnbs and VRBOs. I do think something needs to be done about this before every historic New Orleans neighborhood is reduced to being nothing but one big fat B&B.”

“Drama dick with no life; grow up ya wordy fuck, Antigravity sought a new low with your rant.”